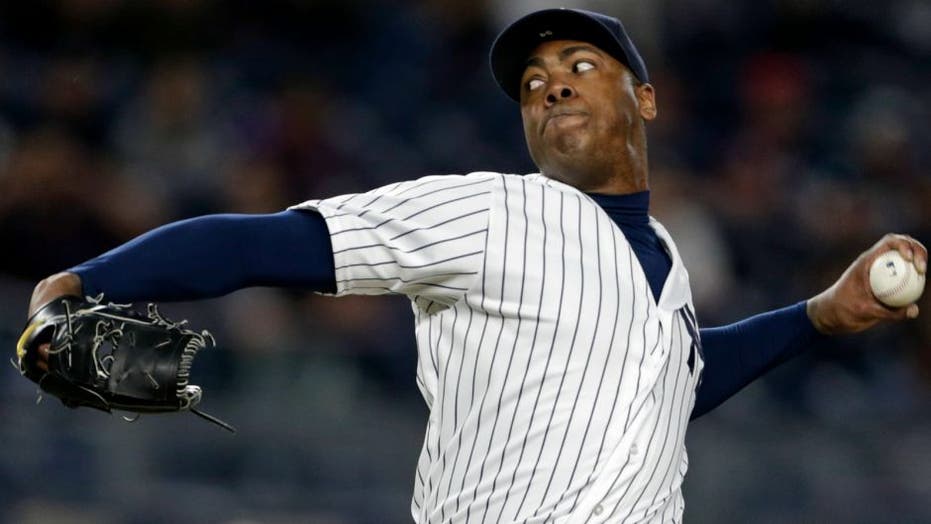 By the looks of New York Yankees closer Aroldis Chapman’s latest photo, calling him the Cuban Missile might be an understatement.

Chapman posted a photo of himself Saturday with three buddies as the played dominoes. The most striking part of the photo is the 32-year-old pitcher’s left arm as it appeared to be bigger than some of his friends’ heads.

A quick glance at his Instagram shows that he has been in the gym and hitting the weights as he prepares to return to the Yankees for the 2020 season and tries to shake off the American League Championship Series loss to the Houston Astros.

He was on the mound for Game 6 of the American League Championship Series when Jose Altuve hit a walk-off home run to propel the Astros to the World Series.

New York is expected to be World Series contenders whenever the 2020 baseball season does begin. MLB delayed opening day because of the coronavirus outbreak.