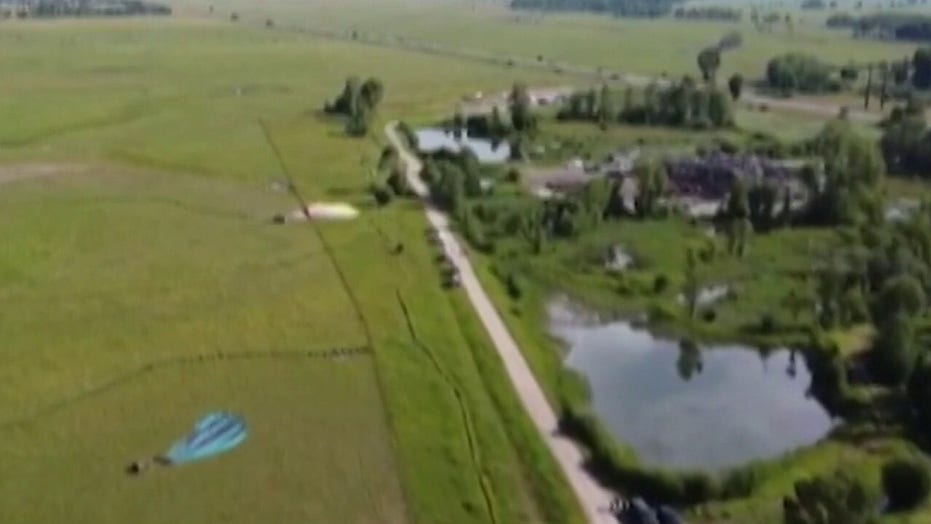 Investigators are blaming bad weather for the crash in Jackson Hole.

Three sightseeing hot air balloons crashed in Wyoming on Monday after a severe downdraft developed during a "freak" thunderstorm in the area, according to the company's owner.

The crashes happened around 8:13 a.m. local time in an open area at the popular tourist destination of Jackson Hole after passengers reported that winds dramatically shifted.

Passengers on one balloon said they had to attempt to land the balloon they were in after their pilot was thrown from the balloon's basket to the ground.

“We could have died,” Alexis Krayevsky, 18, told the Jackson Hole News & Guide. “It was so scary.”

Ten people taken to a hospital primarily had minor lacerations and orthopedic-type injuries to wrists, shoulders, and ankles. All were released Monday and Tuesday, according to hospital spokeswoman Karen Connelly.

One passenger with a head injury was flown to Eastern Idaho Regional Medical Center, but the person's identity and condition weren't publicly available. 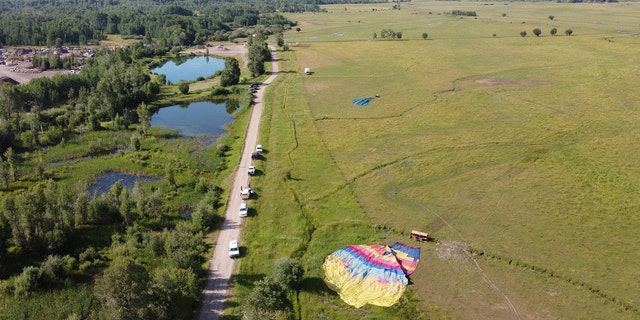 In this Monday, Aug. 3, 2020, file photo, two of three sightseeing balloons that crashed are seen in an open area of Jackson Hole in western Wyoming. (Brad Boner/Jackson Hole News & Guide via AP)

Wyoming Balloon Company owner Andrew Breffeilh said Wednesday that no passengers were previously hurt in his 31 years of owning the company, which had "been a point of pride for me."

“I just want to express my sorrow and regret that anybody was hurt," he told the Jackson Hole News & Guide.

WHAT IS A MICROBURST? WHAT TO KNOW ABOUT THIS TYPE OF DAMAGING WIND

The balloon owners said that more than 30 people were aboard the balloons when a severe downdraft drove them into the field. 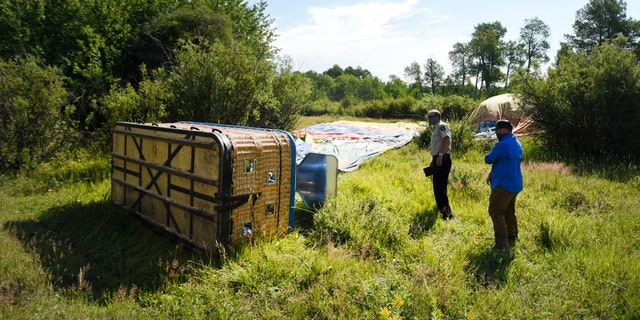 Alexis Krayevsky’s 12-year-old brother, Robert, said in an interview published Wednesday he began to get concerned about darkening clouds while they were preparing to board.

“I was saying there were dark clouds and it was windy,” Robert said after the crash. “But no one was listening. I don’t know why they didn’t cancel it.”

But Breffeilh said his team observes the sky every day before launching their balloons.

“This was another clear weather day, high pressure and everything, and this freak storm wasn’t in the forecast,” he said.

According to the National Weather Service (NWS), a downdraft is a small-scale column of air that rapidly sinks toward the ground, usually accompanied by precipitation as in a shower or thunderstorm.

What is a microburst? What to know about this type of damaging wind

"A downburst is the result of a strong downdraft," the NWS states.

A copy of a forecast that Breffeilh provided to the News & Guide called for weather that was “probably ideal" for flying.

Meteorologist Jim Woodmencey of the Mountain Weather company in Jackson said a downdraft under the forecast conditions would have been difficult to anticipate.

The crash has spurred an investigation by the National Transportation Safety Board (NTSB) and Federal Aviation Administration (FAA).

Fox News' David Aaro and the Associated Press contributed to this report.