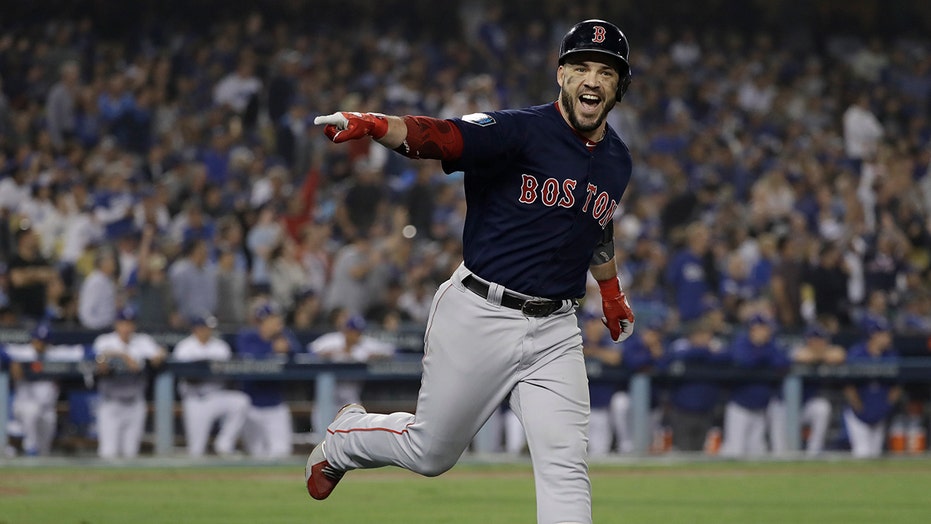 Steve Pearce, who was the 2018 World Series MVP as a member of the Boston Red Sox, announced his retirement from the majors on Tuesday after 13 years in the big leagues.

Pearce, 37, told WEEI Radio he was calling it quits. He spent the last season-and-a-half with the Red Sox. Boston acquired him during the 2018 season from the Toronto Blue Jays.

“You know what? It has been a good run. I have 10 years in there. Right now I am officially retired,” Pearce told the station.

Pearce batted .254 throughout his career with 91 home runs, 303 RBI and a .772 OPS. He broke into the majors with the Pittsburgh Pirates in 2007. He then became one of the few players to play for every team in the American League East. He also played for the Houston Astros.

The Red Sox had Pearce on their roster during the 2018 World Series against the Los Angeles Dodgers. In five games, he hit three home runs and batted .333 with a 1.667 OPS. His stats were enough to push Boston over the Dodgers in the World Series.

He was also asked about the Red Sox’s cheating scandal, something which MLB has not punished the team for as of yet.

“No. That's such a joke to us,” Pearce told WEEI Radio. “When it came out we were all kind of joking about it. We just want this to pass us. We won it fair and square. Whatever they accused us of, we were all kind of like, 'I can't believe this is even an issue.' Once the report comes out we're all going to be free.”

Pearce added: “You don't like it, especially that we were the champions and individually I have that award. And we have this floating over our head when we just had such an unbelievable season. We had the perfect team and great camaraderie with everybody and then this gets thrown out here. We're just like, 'What the heck?' We just want this to pass us. We just want to play some baseball. Another bump in the road, I guess.”