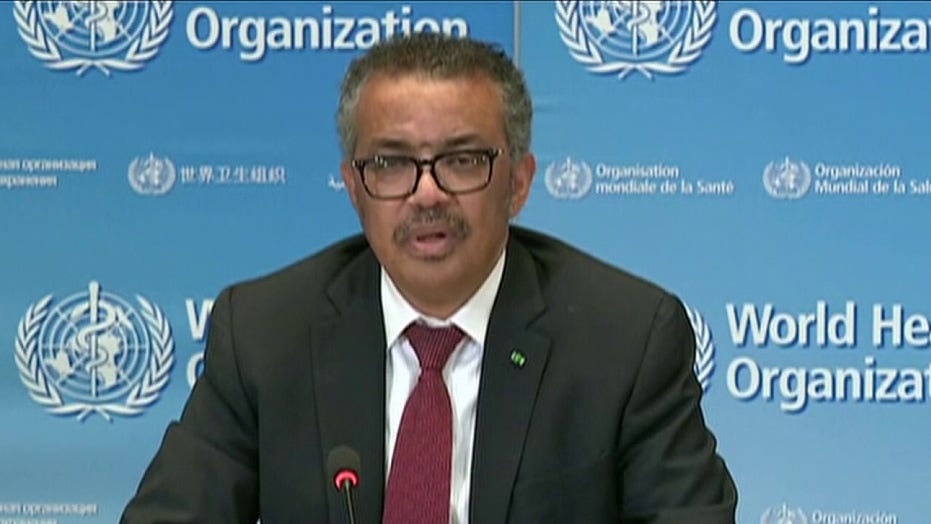 Gordon Chang: Now is 'precisely the time' to reform W.H.O.

'We cannot continue with maligned leadership subject to political direction from Beijing,' says Gordon Chang, blasting the W.H.O. leadership and calling for the resignation of Dr. Tedros

Calling the United States a "longstanding and generous friend," the head of the World Health Organization on Wednesday said he "regrets" President Trump's decision to freeze millions of dollars in funding to the global group and said he hoped the White House would reconsider.

"We regret the decision of the president of the United States to order a halt in funding," Tedros Adhanom Ghebreyesus, the WHO's director-general, told reporters at a press briefing in Geneva. He added that the WHO would review the impact of the withdrawal and "work with our partners to fill any financial gaps we face and ensure our work continues uninterrupted."

Tedros also said the WHO doesn't only focus on coronavirus, but on a laundry list of other diseases around the world, including malaria, Ebola, cancer and polio.

He emphasized the need for solidarity during the current COVID-19 pandemic and warned that coronavirus does not discriminate between nations, ideologies or ethnicities.

His comments come one day after Trump announced he would pull U.S. funding, accusing the global group of being derelict in its duty to stop the virus from spreading when it first surfaced in China.

Trump, who hinted at his intentions last week, claimed the outbreak could have been contained and lives could have been saved if the health care arm of the United Nations had done a better job investigating reports coming out of China that pointed to coverups and misinformation.

"The WHO failed in its basic duty and must be held accountable," Trump said. 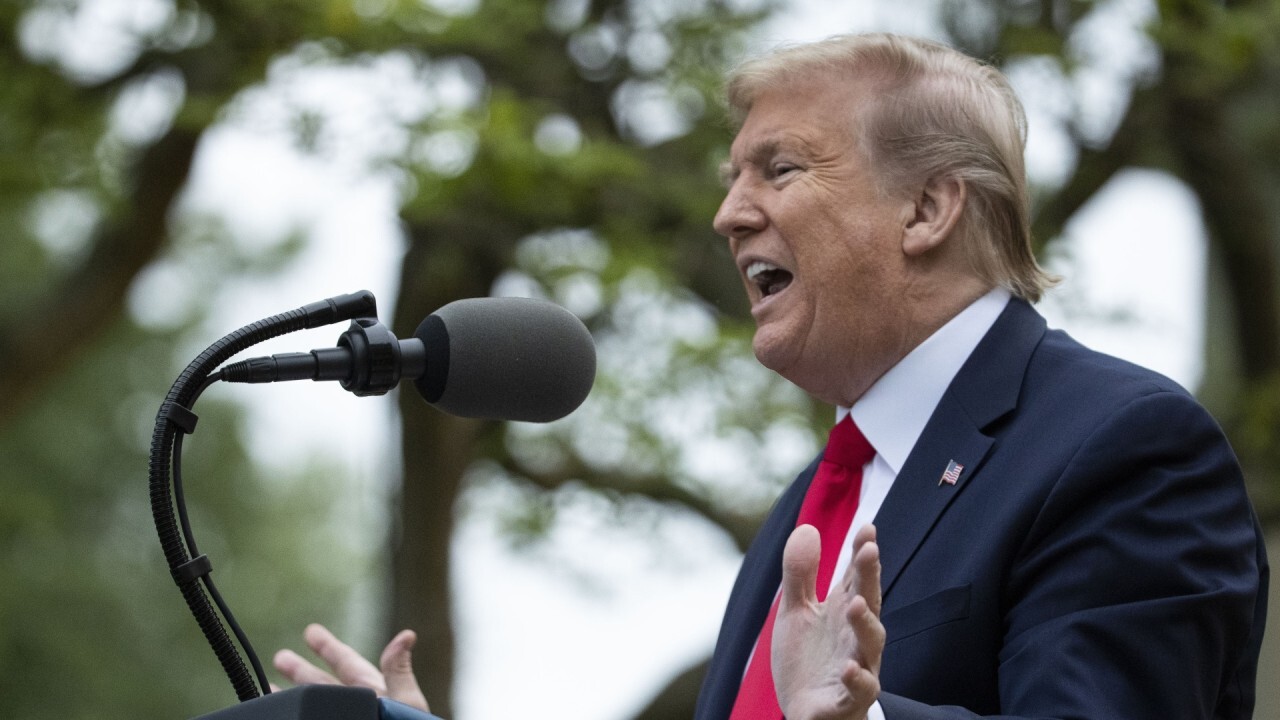 He added that the U.S. would be reviewing the WHO's actions to stop the virus before making any moves toward resuming aid.

Trump made the comments as his own administration comes under fire for downplaying early warnings of the pandemic. Trump had repeatedly claimed the United States had the coronavirus under control when evidence suggested otherwise.

"This is another case, as I have said, of the president's ineffective response, that a weak person, a poor leader, takes no responsibility. A weak person blames others," she said.

Pelosi accused Trump of "ignoring global health experts, disregarding science and undermining the heroes fighting on the front line, at great risk to the lives and livelihoods of Americans and people around the world."

On the same day Trump made his announcement, China urged the United States to reconsider, claiming it would undermine the global fight against the pandemic.

Chinese Foreign Ministry spokesman Zhao Lijian said Trump's decision to cut contributions would impact all countries and devastate the most vulnerable ones.

"At present, the global pandemic situation is grim and is at a critical moment," he said. "We urge the U.S. to fulfill its responsibilities and obligations and support WHO to lead the international combat against the pandemic." 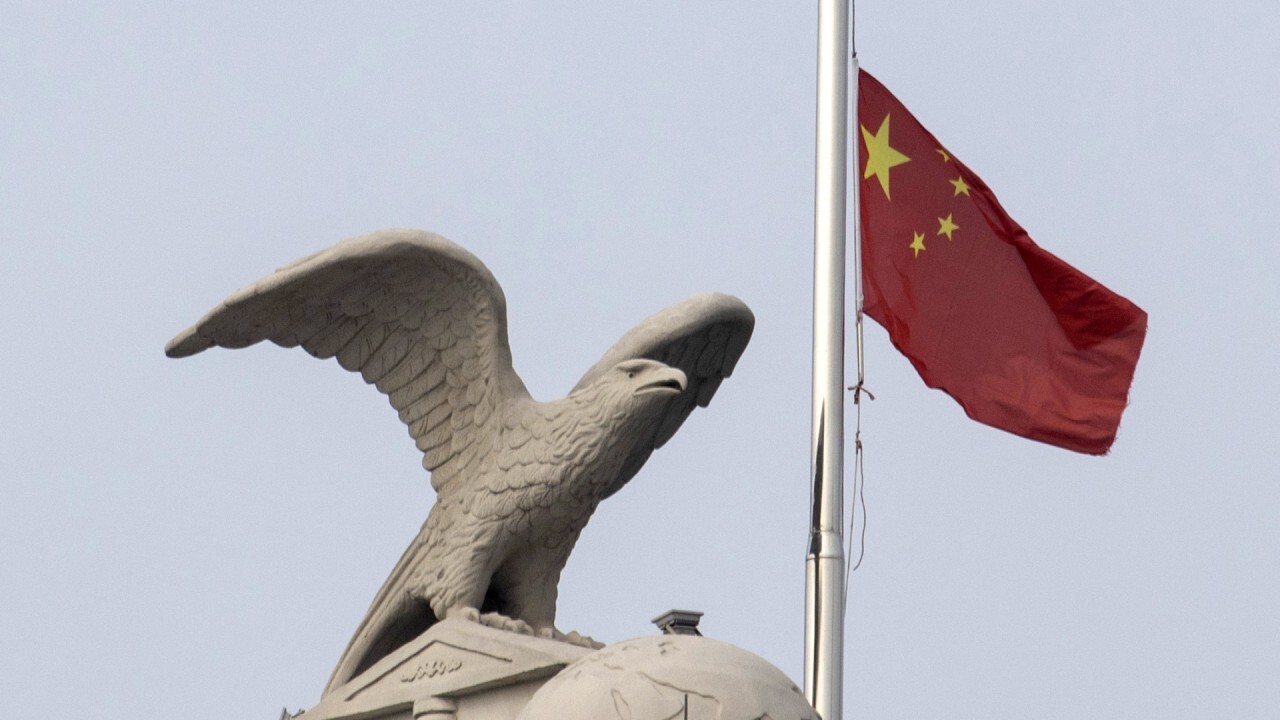 The WHO runs on two-year budget cycles. For 2020 and 2021, its budget for carrying out its missions is $4.8 billion – about one quarter of the budget of the U.S. Centers for Disease Control and Prevention, said Lawrence Gostin, a law professor at Georgetown University and directer of the World Health Organization Collaborating Center on National and Global Health Law, which is an independent agency that works with the WHO.

Annual donations from the WHO's member states make up about 51 percent of the funding. The contributions fall into two categories — membership dues or assessments and voluntary contributions. Each member state pays assessment fees based on the country's wealth and population. The United States is the largest single government donor to the WHO and accounts for about 20 percent of the WHO's total budget.The U.S. has also given the most money in voluntary contributions.

However, as of last month, the U.S. is behind in its payments of assessed fees and actually owes the WHO $198.3 million in membership dues, including backpay.