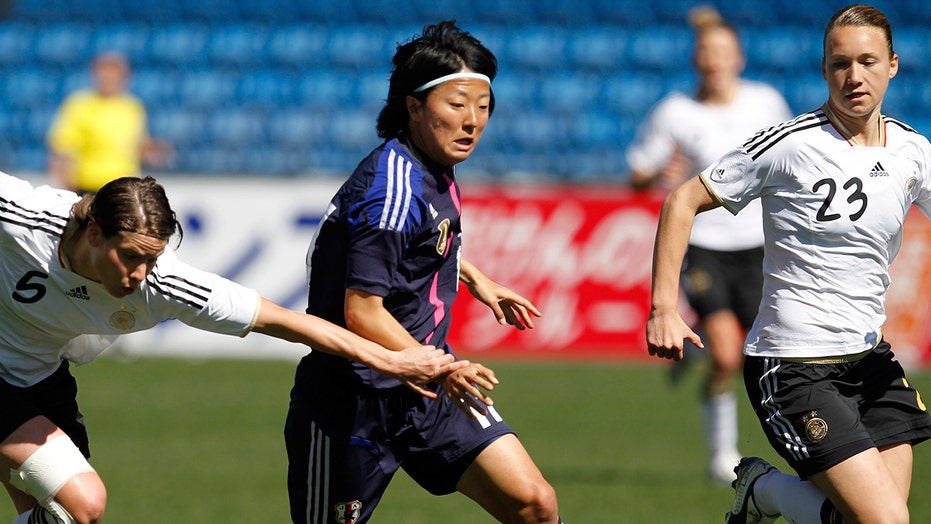 The men’s team plays in an amateur regional league that is several levels below the country’s top pro soccer league, the J-League.

Nagasato, who won the Women’s World Cup with Japan in 2011, joined Chicago in 2017 after playing in several other leagues. The Red Stars said in a statement that Nagasato’s loan will end prior to the 2021 NWSL preseason.

“I want to get the message out to the girls who are playing soccer with the boys that women can join the men’s team and challenge themselves,” Nagasato said Thursday.

Nagasato said she is looking forward to playing for a team in her hometown of Atsugi, which is located near Yokohama just southwest of Tokyo.

“Honestly speaking, I don’t know how well I will be able to play on the men’s team, but I will do my best to make the most of my experience,” she said. “My performance and conditioning are getting better as I get more experienced. This is good timing for me and I’m really looking forward to this challenge.”

Nagasato said she was influenced by American player Megan Rapinoe.

“It was very inspiring to hear the social message about gender inequality and other messages that Rapinoe was trying to deliver during the (2019) World Cup,” Nagasato said. “So I have been thinking about how I can do the same.”

It was her older brother Genki, a former J-League player who plays for Hayabusa, who helped his sister join the team.

“For over a decade she’s been telling me that her ultimate dream is to play in a men’s team,” Genki Nagasato said. “So, as an older brother, I wanted to help my sister achieve her dream.”