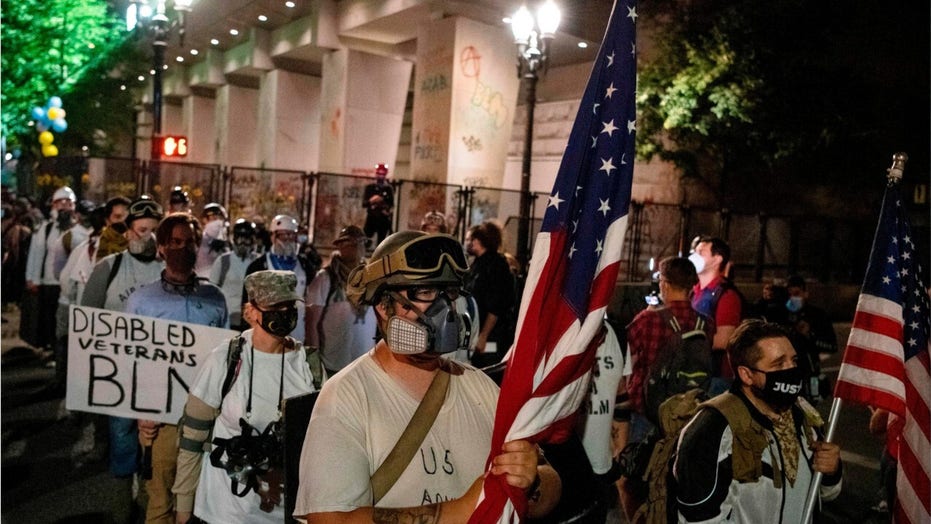 Protesters in Portland express frustration at declining turnout at some demonstrations

Portland protests have been largely nonviolent since federal troops withdrew from the city last week. Yet some protesters have expressed their disappointment with the waning enthusiasm and turnout.

A confrontation in downtown Portland on Monday evening resulted in one woman stabbing another at the site of nightly racial justice demonstrations, according to authorities.

Portland Police said the victim is being treated at a hospital for non-life-threatening injuries. The suspect left the scene before returning and is now being interviewed by authorities.

The female suspect had entered Lownsdale Square Park around 6:20 p.m., which is located across from Portland’s Mark O. Hatfield federal courthouse. Police said that after taking photos or videos she got into an argument with other people in the park before stabbing another woman in the chest.

PORTLAND MAN, 18, CHARGED WITH ASSAULTING US MARSHAL DURING COURTHOUSE PROTEST 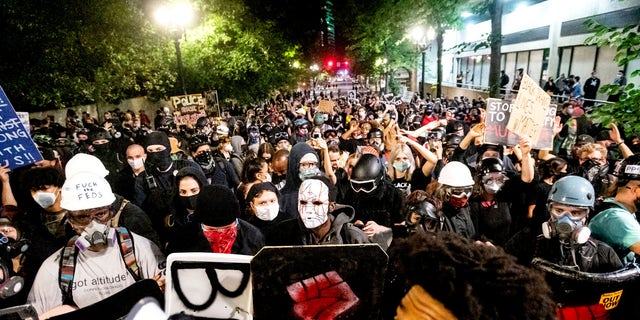 Video posted to Twitter purports to show the victim covered in blood while others were seen trying to approach the suspect. A woman recording the video was heard yelling: “Call the police!”

“I told you not to f— with us,” a man was also heard saying as he and the victim confronted the alleged stabber.

Another video that was taken by an activist named Crystal Kalashnikov allegedly showed the suspect being taken into custody outside police headquarters, The Oregonian reported. Police have yet to confirm if the suspect had been arrested.

Kalashnikov said the encounter began when the woman approached a group of protesters and tried to agitate people at the scene, according to the paper. She said the suspect tried to leave before returning and stabbing the victim.

Police said when they were securing the crime scene, someone picked the up the knife and "ran off with it." Officers would later leave the scene after encountering a “hostile crowd” while trying to investigate the crime, authorities said.

"Officers were unable to safely conduct an investigation due to the hostile crowd, and supervisors made the decision to disengage," police said.

Authorities added that anyone with information about the location of the knife should call police non-emergency at 503-823-3333.