With storms in May, Florida lawmaker wants a longer hurricane seasonclose 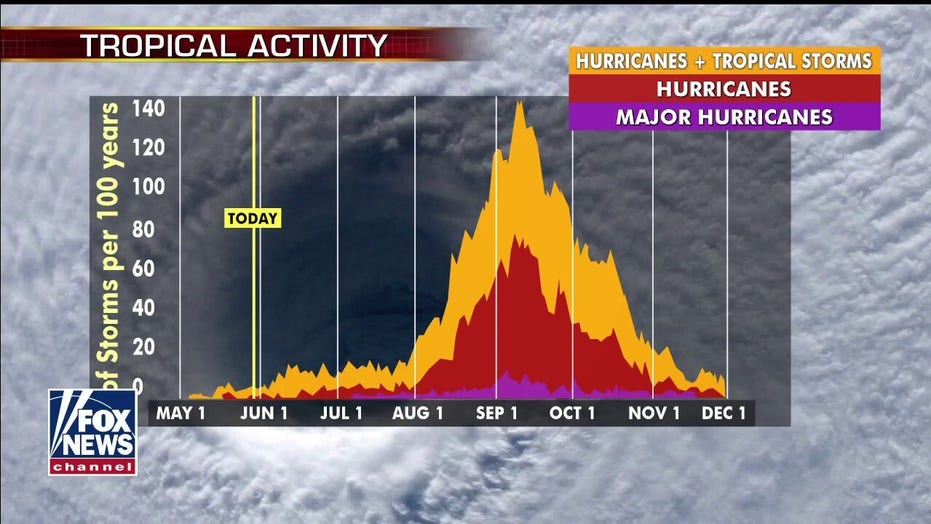 Stormy conditions on the horizon for 2020 Atlantic Hurricane season

ORLANDO, Fla. – Even though the six-month Atlantic hurricane season lasts as long as a typical Major League Baseball season, a Florida congresswoman thinks it needs to be longer.

Democratic U.S. Rep. Stephanie Murphy on Wednesday sent a letter to the National Oceanic and Atmospheric Administration requesting that the start of the official hurricane season be in mid-May. The current season goes from June through November, but Murphy said there has been at least one named storm before June 1 in each of the past six years.

In 2020, three tropical storms — Arthur, Bertha and Cristobal — formed in mid-May and the beginning of June, she said.

“This presents a practical problem, because government officials and residents in hurricane-prone states use this season to inform their funding choices, public awareness campaigns, and preparation decisions," Murphy said in the letter. “Accordingly, an official season that does not accurately predict major storm activity could result in readiness being compromised and people and property being harmed." 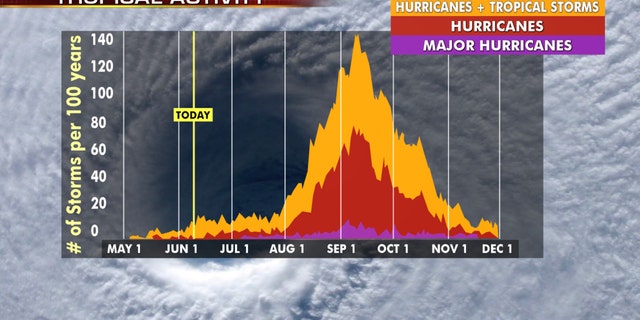 There have already been three storms by early June, even though hurricane season doesn't typically peak till late summer. (Fox News)

NOAA has received the congresswoman's letter and the agency looks forward to discussing the topic with her, spokesman Christopher Vaccaro said.

HURRICANE HUNTER BASE IN FLORIDA HIT WITH CORONAVIRUS OUTBREAK

Although several tropical storms have formed in the Atlantic before June 1 in recent years, most of them have been “marginal in their structure" and improved satellite monitoring has likely led to an increase in short-lived, weak storms being named by the National Hurricane Center in recent years, said Phil Klotzbach, a research scientist at Colorado State University. 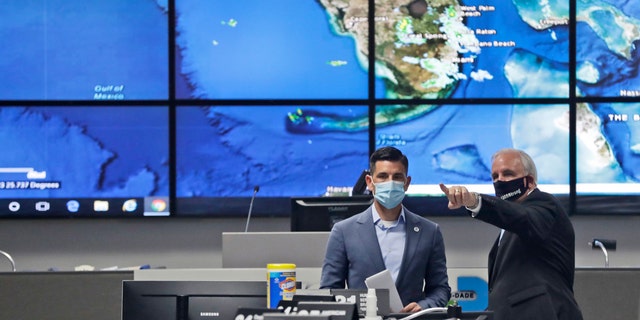 There has been only one named hurricane before June since the satellite era started in 1966 — Hurricane Alma in 1970.

“I don’t think there is any reason to lengthen the hurricane season, since we haven’t had a hurricane in May in 50 years," Klotzbach said in an email.

Even though Bertha almost flooded Brian McNoldy's home last May, a day before it became a tropical storm, the University of Miami senior research associate does not think the season needs to be extended.

“Hurricane season was also never intended to include … all of the activity, just the majority of it," said McNoldy, who works for the Rosenstiel School of Marine & Atmospheric Science. “Having some outliers is fine."