Why do some countries still have next to no recorded outbreaks of coronavirus?

Why do some countries still have next to no recorded outbreaks of coronavirus?close 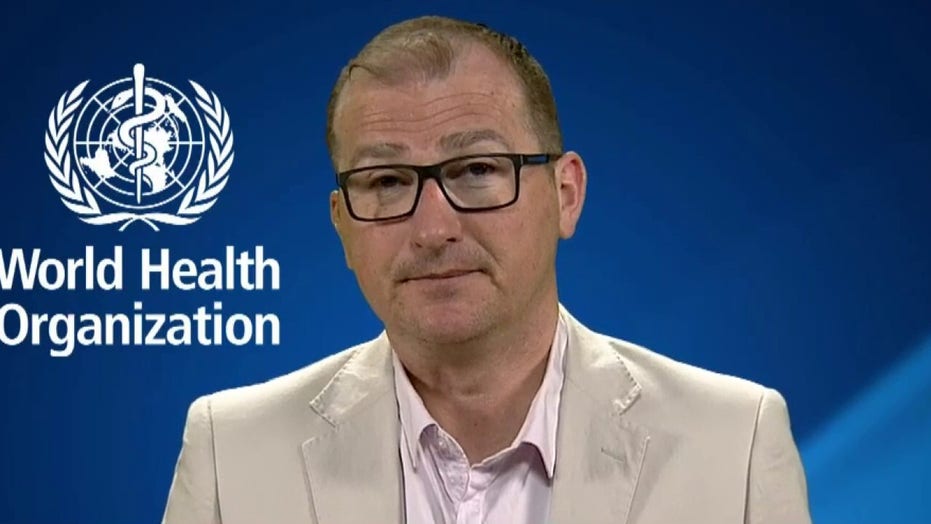 What exactly does the coronavirus pandemic declaration mean?

Spokesperson for WHO Tarik Jasarevic weighs in.

While coronavirus sweeps around the world, taking thousands of lives, there are glaring regions that have no – or very few, compared to their population – known cases.

In examining the spread of the pandemic, Africa – a continent of 54 nations and a total population of over 1.2 billion – as of Friday documented less than 100 cases, and only a handful of countries have recorded more than one infection. That includes 17 in South Africa, 26 in Algeria, and two in Nigeria and Burkina Faso.

A slew of other African countries such as Cameroon, the Democratic Republic of Congo, Kenya, and Morocco have formally announced only one case in their borders, all stemming from people who traveled from abroad, coming from Europe. 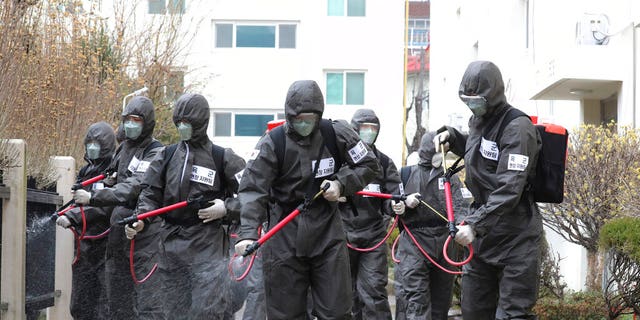 Army soldiers spray disinfectant as a precaution against a new coronavirus at an apartment building in Daegu, South Korea, Monday, March 9, 2020. The world’s largest economies delivered more worrisome cues Monday as anxiety over the virus outbreak sent stock and oil prices plunging around the world. (Yonhap via AP)

Earlier this year, the World Health Organization (WHO) identified 13 countries in Africa being at exceptionally high risk of a coronavirus outbreak given that they have direct associations to China or that their travel apparatus directly links to the country where it all began, but the fear of a mass eruption has not materialized – yet.

CORONAVIRUS TESTING MAY BE IMPACTED BY SHORTAGE OF CRUCIAL MATERIALS

In addition, Egypt – which sits on the cusp of North Africa and the Middle East – has tabulated more than 80 cases.

There is grave concern that as coronavirus continues to increase, it will eventually spread in Africa and further overburden an already deeply strained and fragile healthcare system. Michael Yao, WHO's head of emergency operations in Africa, has vowed that early detection is pivotal because the continent's health systems "are already overwhelmed by many ongoing disease outbreaks."

WHAT DOES TRUMP'S EMERGENCY DECLARATION?

The reasons behind the low number of cases recorded are multi-faceted. Experts warn that just because officials aren't declaring it does not mean that the virus is not unknowingly percolating. The overarching concern is simply that not enough tests have been conducted, thus not enough diagnosis has been made.

"Countries in Africa have poor public health systems and hardly any biosurveillance. Russia could be censoring the reports, like China," noted Andrew Huff, a San Francisco-based infectious disease epidemiologist. "The virus is going to burn through India, Africa, Central, and South America. There will be high numbers of cases and higher rates of death. Countries with older populations will have higher mortality." 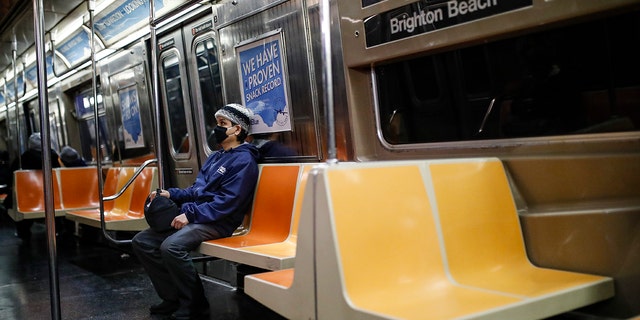 A commuter wears a face mask while riding a nearly empty subway car into Brooklyn, Thursday, March 12, 2020, in New York. New York City Mayor Bill de Blasio said Thursday he will announce new restrictions on gatherings to halt the spread of the new coronavirus in the coming days, but he hopes to avoid closing all public events such as Broadway shows. For most people, the new coronavirus causes only mild or moderate symptoms. For some it can cause more severe illness. (AP)

Then there are countries like North Korea, perhaps the most closed-off nation on the planet, in which officials have not announced a single case, or even acknowledged the existence of coronavirus. And yet, experts have surmised that the embattled nation bordering the two most impacted countries – China and South Korea – is secretly saddled with hundreds, if not thousands, of infections.

Dr. Sarah Raskin, an assistant professor at the L. Douglas Wilder School of Government and Public Affairs at Virginia Commonwealth University, pointed out, another factor for low official numbers in certain regions is that those from wealthier countries often have greater access to travel and thus higher chance of picking up the novel pathogen.

"People with money that can travel might be more exposed than people that aren't as mobile," Raskin said, "but we should anticipate that we will see community spread in lower resource countries because of a variety of factors."

That includes health systems not as well-financed or resourced, certain urban areas in lower resource countries where people live very close to one another, making social distancing hugely challenging.

And while the consensus among professionals is that the role climate plays in either exacerbating or halting the new contagion is not – as of yet – entirely known, some professionals are conjecturing that, at least in the northern hemisphere, as temperatures rise into spring the spread of the coronavirus will correspondingly dissipate.

"This may be due to more activities outdoors with better social distancing or that the coronavirus may not thrive in warmer climates. It could be argued, however, that the disease has certainly spread in climates that are much more temperate," said Dr. Robert Quigley, Senior Vice President and Regional Medical Director of International SOS. "The available data to date has not been ample enough to determine whether exposure and infection provide immunity, through the auto- production of antibodies. It is hoped that, like in most other infections, the human immune system will develop resistance to secondary infection, but this is yet to be confirmed."

And some experts stressed that it is simply too early to tell why some countries appear to have greater outbreaks than others, but there could nonetheless be valuable information to gain from it.

"We should be looking to those countries' hygiene practices at airports, immigration policies and screening activities to see if there are lessons to be learned and adopted in the U.S. and across Western Europe," surmised Summer McGee, Dean of the School of Health Sciences at the University of New Haven.

In Huff's view, we could all be in this for the long haul.

"Our biggest fight now is keeping supply chains functioning. Everyone keeps talking about two to three months on the news," he added. "I think we are looking at more like 12 to 18 months, depending on how mitigation pans out."

Coronavirus: The Masters at Augusta is cancelled over health crisis