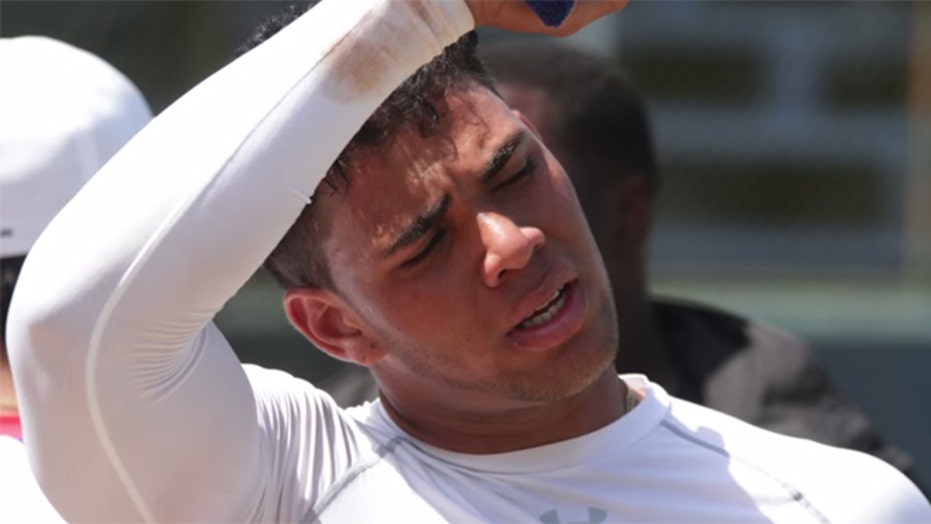 The Chicago White Sox have agreed to a $70 million, five-year contract with Yoán Moncada, locking up another one of their promising young hitters.

The deal includes a $25 million club option for 2025 with a $5 million buyout that if exercised would make the agreement worth $90 million for six seasons. Two people with direct knowledge of the negotiations confirmed the deal Thursday on condition of anonymity because the move had not been finalized.

The White Sox acquired the 24-year-old Moncada in the December 2016 trade that sent Chris Sale to the Boston Red Sox. Long regarded as one of baseball's top prospects, the third baseman broke out last season when he set career highs with a .315 batting average, 25 homers and 79 RBIs.

Moncada would have been eligible for salary arbitration after this season and for free agency after the 2023 season.

Hoping to make the most of a painful rebuilding process, the White Sox have handed out several big deals to the prospects they accumulated during seven straight losing seasons.

Moncada made his major league debut with the Red Sox in 2016. He hit 17 homers and drove in 61 runs for the White Sox two years ago, but he also struck out a major league-high 217 times in 149 games.