Wedding Card: Manager Shildt set to get married on off day

Wedding Card: Manager Shildt set to get married on off dayclose 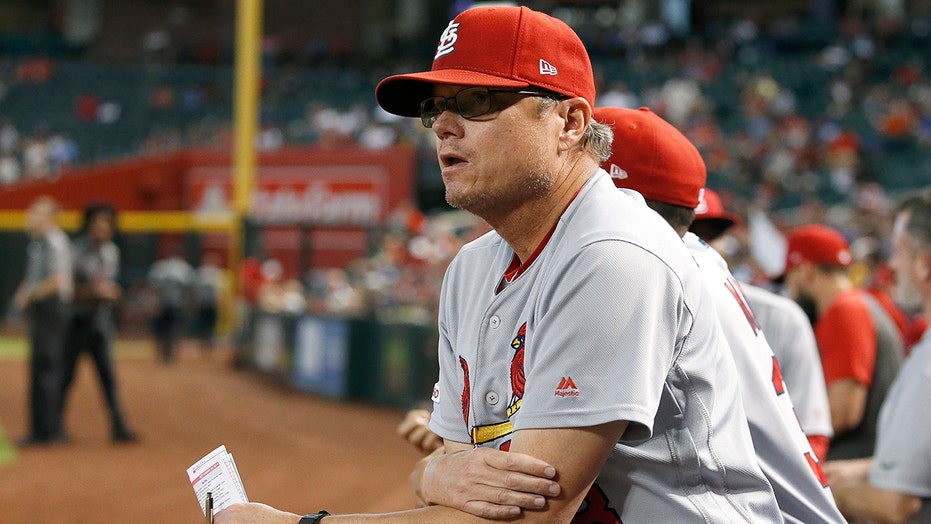 Many major leaguers play golf during off days in spring training.

Some go fishing. Or just chill.

“People have been questioning it,” said the wedding Card, referring to the timing. “For us, clearly it's a no-brainer.”

The 51-year-old Shildt will manage both St. Louis split-squad games on Thursday, with the wedding party attending the evening game in West Palm Beach against Washington.

He'll trade the crack of bats for the clang of bells on Friday before returning to the ballpark on Saturday to manage again.

Shildt's bride-to-be, Michelle Segrave, has family in South Florida, one of the reasons the couple chose the date and location.

Holding a ceremony during the baseball season, which can run from late March until early November, didn't make much sense to the couple.

Nor did a November ceremony, a traditional wedding month for people in the baseball community, because it would force friends within the Cardinals community who tend to scatter after the conclusion of the baseball season to reconvene only a few weeks later.

If the impending nuptials are distracting Shildt, his players haven't noticed.

“It's definitely a Shildty thing,” second baseman Kolten Wong said. “The guy loves the game. You can tell just how he goes about it every single day. Obviously he loves his fiance just as much because he's doing it right in the middle of what he loves the most.”

Throughout spring Shildt has deflected the few questions he's been asked about the impending ceremony. The NL Manager of the Year started having a little more fun with the situation as the big day grew closer.

“I don't need socks,” Shildt joked earlier in the week. “I don't have cold feet.”

Several members of the Cardinals' organization are expected to attend the ceremony, but Shildt purposefully didn't invite any players.

“These guys know I love them, but one of the ways you show love is not to feel like they've got to, on their day off, go to their manager's wedding,” Shildt said. “That was my gift to them.”

If St. Louis players as a group are planning something special for the couple, they're keeping it a secret.

Some in the clubhouse were having fun pondering how, if so inclined, they would crash the festivities.

“There's going to be a giant cardinal bird that gets wheeled into his wedding and then we just punch through the feathers of it and all come out dancing around,” reliever John Brebbia joked. “A Trojan Cardinal.”

Toms River East-Massapequa to meet with LLWS berth on line

Kevin Durant wants to play for Celtics or 76ers: report