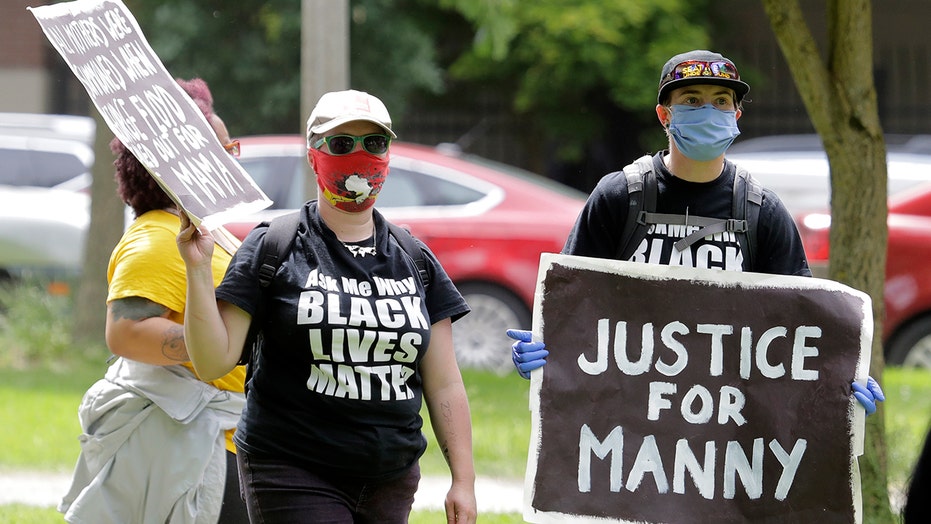 The Washington State Patrol will take over the investigation of the death of Manuel Ellis, a 33-year-old black man who died after calling out “I can’t breathe” as Tacoma police restrained him in March, Gov. Jay Inslee said Wednesday.

The Pierce County Sheriff’s Department was handling the investigation since state law prevents police agencies from investigating themselves. However, the investigation was halted last week after the sheriff learned – more than three months later – that one of his deputies helped restrain Ellis, Inslee's office said in a statement.

BLACK MAN WHO CALLED OUT 'I CAN'T BREATH' WHILE BEING RESTRAINED BY TACOMA POLICE DIED FROM OXYGEN DEPRIVATION, REPORT FINDS

“This is the best way to give the Ellis family and the entire community the thorough, fair and independent investigation this case demands,” Inslee said. “We must all demand that level of accountability.”

A WSP trooper was briefly at the scene in a “limited” role after Ellis was handcuffed, Inslee’s office said. The trooper has been interviewed and will be excluded from the investigation.

An attorney for Ellis’ family, James Bible, shared the video and compared the incident to the death of Rayshard Brooks, a black man who was shot twice in the back by Atlanta police last week. The officer who fired the fatal shots was charged with murder Wednesday.

RAYSHARD BROOKS' FAMILY PLEADS FOR JUSTICE, CHANGE AFTER FATAL POLICE SHOOTING: 'WHEN DOES IT STOP?'

“Do Black Lives Matter in Washington State?” Bible asked. “Is it just a slogan here that liberals like to say and conservatives don't like to hear.” 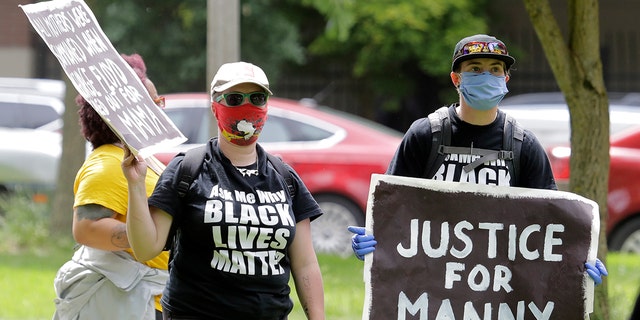 A protester holds a sign that reads "Justice for Manny" on June 5, in Tacoma, Wash., during a protest against police brutality and the death of George Floyd, a black man who died after being restrained by Minneapolis police officers on May 25. Ellis died March 3 while being held down by Tacoma police. (AP Photo/Ted S. Warren)

Following Inslee’s announcement, the WSP issued a statement promising a transparent and fair process, according to the station.

“We recognize the unique environment surrounding this investigation and current national focus on the interactions of law enforcement with communities of color so it is essential that the processes we follow here are transparent, in compliance with all applicable laws, and lead to trusted findings,” the agency said.

The WSP’s investigation is set to begin no later than June 26.