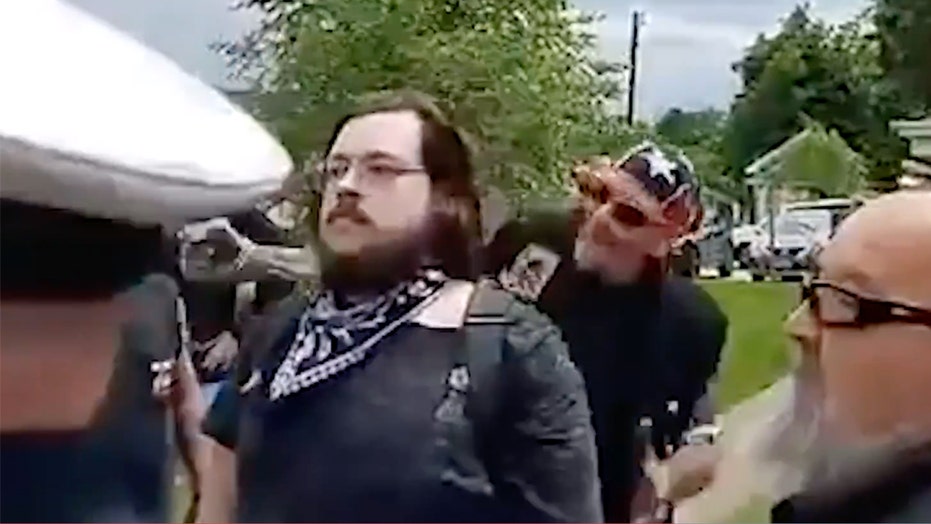 Police are searching for a biker they believe is the man captured on cell phone video punching a Black Lives Matter protester in the head during a demonstration in Ohio. 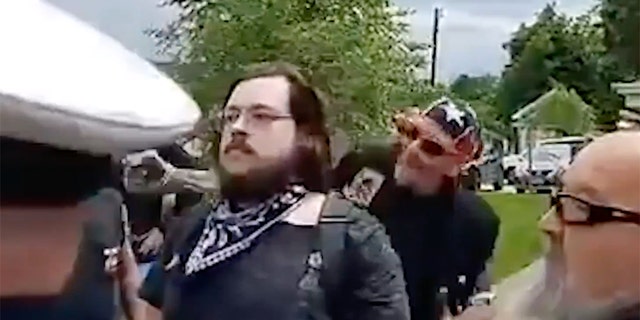 The suspect, Johnnie Devault, can be seen behind the victim Nicholas Reardon before punching him in the back of the head during a Black Lives Matter protest in Ohio Sunday.

Authorities issued an arrest warrant for Johnnie Devault on Wednesday, claiming he deliberately caused, or attempted to cause, physical harm to Nicholas Rendon by hitting him in the head.

Sunday's incident happened during a protest decrying police brutality against blacks and other minorities and which was largely peaceful, police said.

During the organized demonstration, counterprotesters–who included several motorcycle gangs, pro-police "Back the Blue" groups, and Second Amendment advocates–forced protesters from Bethel’s Solidarity with Black Lives Demonstration to move a few blocks over from where they were originally marching. 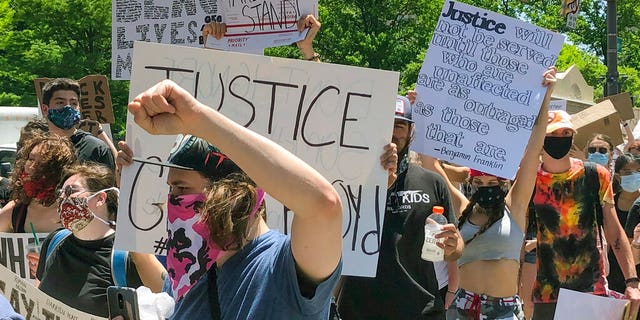 June 2, 2020: Demonstrators march past the Ohio Statehouse in Columbus, Ohio, protesting the death of George Floyd, who died after being restrained by Minneapolis police officers on Memorial Day, May 25. (AP)

Reardon was punched by Devault in the presence of a police officer but police say the officer did not see the incident take place.

Reardon "was removed from the area to file a report and to seek medical treatment," Bethel Police Department Chief Steve Teague said in a statement.

Reardon did not press charges initially after the alleged assault because he said he had not seen who hit him and he refused medical treatment at the time, police said. 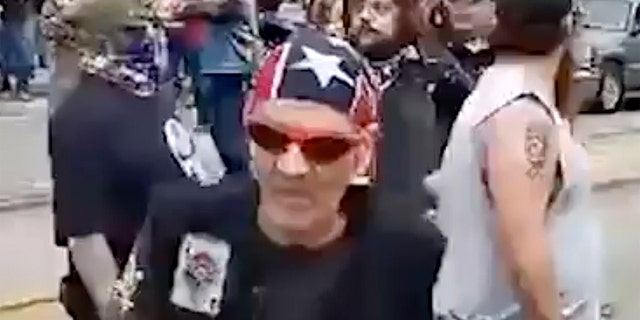 A close up of Johnnie Devault, who is believed to be a part of a motorcycle gang that counterprotested a Black Lives Matter demonstration in Ohio Sunday.

It wasn't until cell phone video of the incident was shared with the police department that authorities were able to identify Devault as the suspect.

"Several attempts to contact Mr. Devault were made but were unsuccessful," police said.

Authorities are encouraging anyone with information about his whereabouts or about the incident to contact the Bethel Police Department or the Clermont County Sherrif's Office.