One of America’s most wanted fugitives, on the run for the past four years over a slew of crimes, was captured Friday in Mexico and returned to the United States, police revealed.

Jeffrey Winston Forrest, 47, was wanted by the Taylor County Sheriff’s Department in Abilene, Texas, for two counts of aggravated sexual assault of a child, bail jumping and failure to appear in court.

According to police in the Mexican city of Zapopan, members of the State Attorney’s Office, Zapopan Police Department and the National Institute of Immigration (INM) arrested Forrest on Friday afternoon. Investigators said they spotted him in Zapopan after his presence and identity were confirmed with the existing alert in the U.S., due to a tip that was provided to “In Pursuit with John Walsh” on Investigation Discovery after the show profiled the case. 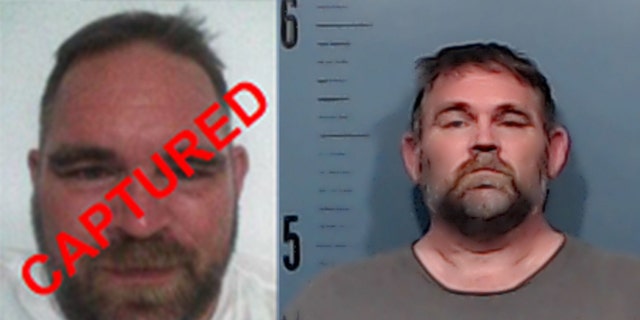 Jeffrey Winston Forrest was arrested in Mexico on Friday.

He has been returned to Texas and was being held on $3 million bond.

Forrest, a former youth pastor, was accused in 2015 by four girls of sexually assaulting them, according to the U.S. Marshals Service in the Northern District of Texas.

The girls said their ages ranged from 8 to 15 when Forrest repeatedly assaulted them, according to investigators. They said he apparently used his position as a youth minister at several different churches to access and groom the girls.

He was arrested in April 2015 and released on bond but failed to appear for his trial in August 2016.

Forrest was on the U.S. Marshals' list of top 15 Most Wanted fugitives.

Investigators said they had encountered difficulties capturing him because of his knowledge of the dark web and his use of communication software such as Tor to mask his digital footprint.