Virus sparks debate on whether more prospects will stay home

Virus sparks debate on whether more prospects will stay homeclose 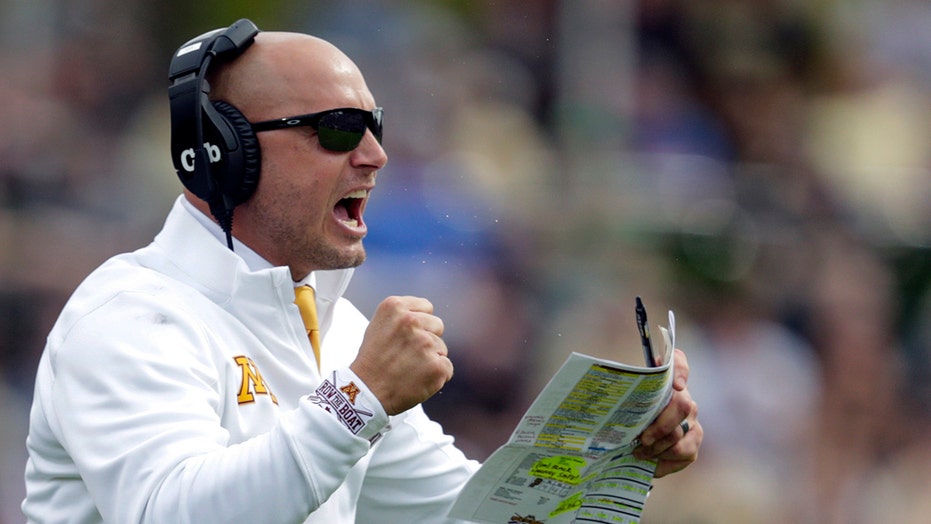 Concerns about the coronavirus are preventing football prospects from visiting campuses this spring and keeping coaches from traveling to evaluate them.

North Carolina coach Mack Brown said he believes this could cause more 2021 recruits to stay closer to home, though that remains up for debate.

“I do think all the kids being at home with their families, there is a little concern,” Brown said. “You love your family, you’re wanting everybody healthy. So I do think that this is encouraging people to stay closer to home.’’

Brown built the Tar Heels into a power in the 1990s by making sure North Carolina’s best recruits didn’t leave the state. He is doing it again in his second stint at Chapel Hill.

Eleven of the top 13 verbally committed 2021 prospects from North Carolina have chosen the Tar Heels, according to composite rankings of recruiting sites compiled by 247Sports.

That same database shows that, so far, recruits are not necessarily sticking closer to home because of the pandemic: More than 60% of verbally committed prospects to Power Five schools who made their decisions on or before March 11 — the day the NBA suspended play to trigger the general shutdown of the sports world — chose schools within 300 miles of their hometowns.

Yet, more than half the recruits who committed to Power Five schools since March 11 selected a college over 300 miles away.

Whether they’re opting to stay near home or not, prospects are deciding earlier than ever. 247Sports reported that 627 players in the 2021 class had committed by May 6 — more than twice the number of 2020 prospects who had announced decisions by that date.

“Kids want to get settled and feel like they’ve got a scholarship locked up,” said Barton Simmons, the 247Sports director of scouting. “On the other side, colleges (see that) with the writing being on the wall that the evaluation period is essentially done, their board is what their board is. They’re feeling a little bit of pressure to go ahead and get guys committed, get some guys locked in and then go from there.”

Many prospects aren’t hesitating to pick a school far away.

“I feel the pandemic will be over by the time I get to Tennessee,” said De’Shawn Rucker, a defensive back from Tallahassee, Florida.

Rucker at least got a chance to visit Tennessee before the pandemic hit. Defensive back Steven Ortiz of Goodyear, Arizona, committed to Minnesota without having seen the campus.

Ortiz’s father, Steven Ortiz Sr., said his son did get a “virtual tour” of campus from his home.

“They would show us footage of the facility, then a coach would come and speak to us about the program itself. It was definitely a different experience, but most schools — the facilities, the weightlifting and the cafeterias are all state of the art — so you’re not looking at anything (with) too big of a difference in terms of the facilities,” Ortiz Sr. said.

Ortiz Sr. said his son got a sense of the culture of Minnesota’s program through conversations with Gophers coach P.J. Fleck. Rucker said he liked Tennessee in part because Jeremy Pruitt was more active than any other head coach in contacting him.

While some staffs have shown they can draw players from all over the country even during a pandemic, Simmons believes more prospects eventually will decide to stay closer to home.

Part of the reason is the NCAA instituted a recruiting dead period through May 31, preventing programs from getting an up-close look at out-of-state prospects. No wonder 13 of North Carolina’s 14 verbal commitments are from in-state.

“A lot of kids, they can drive to your campus, come for games, come for camps, so we’ve gotten to really know these kids,” Brown said. “So if it’s a no-brainer and we really want him, we’re already a year-and-a-half ahead of schools that are out of state that haven’t seen the kids.”

Simmons predicts there won’t be as many examples of guys going all the way across the country. For example, four of the 247Sports Composite's top nine 2020 prospects from California signed with Alabama, Georgia or Clemson. Maybe more of those players stay in Pac-12 country this time.

“I think across the board, I would expect a little bit more of a trend of kids staying, not necessarily home, but closer to home,” Simmons said.

World Baseball Classic to be postponed till 2023

World Baseball Classic to be postponed till 2023