Virus impact on US sports grows; more restrictions in Europeclose 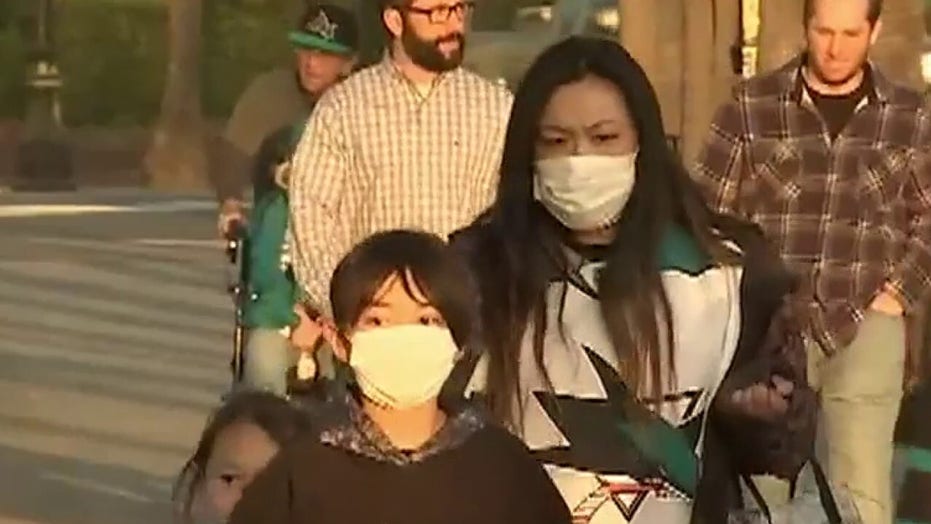 Officials in Santa Clara, California halt all events with 1,000 people or more for the rest of March; Jeff Paul reports on the details.

The novel coronavirus outbreak, which has already reshaped the professional sports landscape in Europe, prompted new restrictions to restrict fan access in the U.S. on Tuesday, with major decisions looming about baseball's opening day and college basketball's NCAA Tournament.

College games will be played without fans in Ohio and California, and given restrictions on large gatherings there and elsewhere, more disruptions to the sports calendar appear inevitable. The NCAA said it would “make decisions in the coming days” about its men's and women's basketball tournaments after two conferences banned fans from their championships and another canceled its tournament altogether.

The baseball season begins in just over two weeks and includes games in Seattle, which so far has been hit harder by the virus than any U.S. city. The Mariners are set to host the Texas Rangers on March 26 in the first of seven consecutive home games to start the season.

Washington Gov. Jay Inslee plans to ban gatherings and events of more than 250 people in virtually the entire Seattle area, a person familiar with the decision told The Associated Press on Tuesday night. The person was not authorized to disclose the decision and spoke on condition of anonymity.

Inslee scheduled a news conference for late Wednesday morning. The Mariners and Major League Baseball had no immediate comment, but the decision would seemingly force MLB to move the games or bar fans from the Mariners' stadium.

If MLB can't play in front of fans at a team's home ballpark, the sport's first preference likely would be to switch games to the visiting team's stadium if possible, a person familiar with the deliberations told The Associated Press.

SOCCER GAMES AROUND EUROPE TO BE PLAYED IN EMPTY STADIUMS

The person spoke on condition of anonymity Tuesday because no decisions have been made. 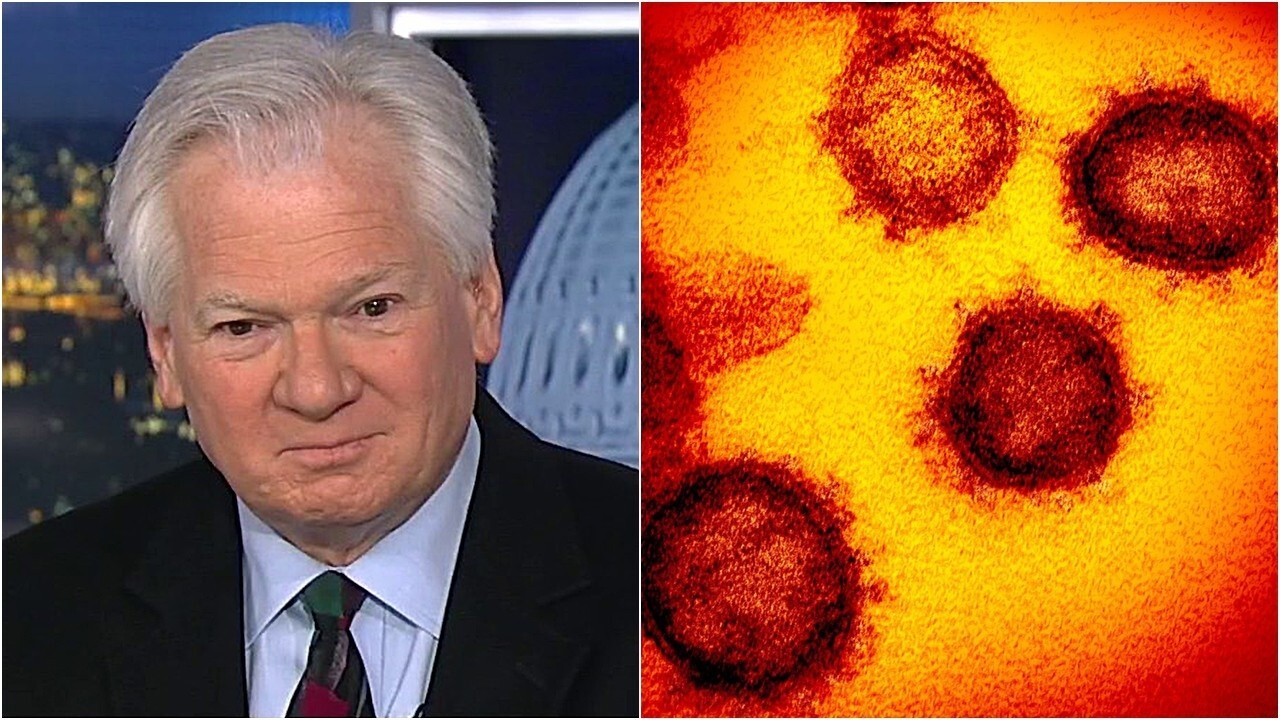 Rangers catcher Robinson Chirinos said Tuesday he is concerned about traveling to Seattle.

“I know the season starts in Seattle, and we know how Seattle is right now," Chirinos said. "That’s 2½ weeks from now, so I think we’re going to hear some news when we’re getting close to opening day.”

None of North America's major sports leagues has postponed games or barred fans in a bid to keep them safe, but there was a flurry of activity as college conferences and schools began making those moves. The Ivy League became the first Division I conference to cancel its basketball tournaments.

“I find it quite curious that the four major organizations — NHL, MLS, MLB and NBA — put out guidelines to protect their athletes but not their fans," said Newsom, a Democrat, referring to the leagues' new restrictions on locker room access.

Discussions about next steps have been ongoing for weeks as postponements and fan restrictions have become common elsewhere. Early Wednesday, London-based football club Arsenal announced that its players would be self-isolating because of possible exposure to the virus, forcing the postponement of its Premier League game at Manchester City. It was the first Premier League game called off because of the virus and the first possible exposure involving players in a major sports league.

Scores of top-tier soccer games in Spain, France and Portugal, as well as some in Germany and a European Championship qualifying match in Slovakia, will be played in empty stadiums in coming days.

The Spanish league said matches in its first and second divisions will be played without fans for at least two weeks. The league said it was "prioritizing the health of fans, players, club employees, journalists, etc., due to the COVID-19 health crisis.”

The French league said soccer matches in its top two divisions will be played without fans until April 15 and Portugal announced similar measures. Italy earlier this week said all sports events, including Serie A soccer games and preparatory events for the Tokyo Olympics, were suspended until April 3. The Italian ski team decided not to send competitors to Slovenia for the last World Cup races of the season.

The vast majority of people recover from the new virus. According to the World Health Organization, people with mild illness recover in about two weeks. Those with more severe illness may take three to six weeks to recover.

Sports and government officials in nearly every corner of the globe have scrambled to address concerns fans could be at risk and to potentially stop the spread of the virus. The fear has spread from Asia — particularly about the Summer Olympics in Tokyo — to Europe and now to North America:

— Ohio Gov. Mike DeWine recommended that fans be kept away from all indoor sporting events. The state is home to the NBA's Cleveland Cavaliers and the NHL's Columbus Blue Jackets, among others; the Blue Jackets said they did not plan to keep fans away from games this week. The state is also hosting a number of high school and collegiate tournaments this month and the first games of the NCAA men's tournament — the First Four — are scheduled for next week in Dayton. First-round games are also set to be played in Cleveland on March 20 and 22.

The NCAA released a statement three hours after the DeWine's announcement saying it “continues to assess how COVID-19 impacts the conduct or our tournaments and events.”

“We are consulting with public health officials and our COVID-19 advisory panel, who are leading experts in epidemiology and public health, and will make decisions in the coming days," the NCAA said.

The Mid-American Conference announced its men's and women's tournaments to be played in Cleveland this week would be closed to the general public.

— The Big West announced a similar move with its men's and women's tournaments, which will be played this week at Honda Center in Anaheim, California.

Also in Southern California, USC and UCLA said all of its home athletic events will be held without fans at least until April 10, or until further notice. That would include first- and second-round NCAA women's tournament games likely to be hosted by UCLA.

— The NHL was also assessing the impact of a decision by Santa Clara County health officials in California to ban gatherings of more than 1,000 people in response to the spread of the virus. The San Jose Sharks have games scheduled for March 19, 21 and 29.

— The NBA told teams last week to prepare for the possibility of playing games in empty arenas, which Los Angeles Lakers star LeBron James initially said he wanted no part of and would not play, but said Tuesday he would do whatever the NBA tells teams to do.

— In Germany, the Bundesliga said six of nine games this week will be played without fans, including one of Germany’s biggest rivalries, Borussia Dortmund against Schalke.

— Champions League soccer matches are also being affected, including next week’s game between Barcelona and Napoli in Spain and Bayern Munich against Chelsea in Germany. Both games will be played without fans, as will Dortmund's match at Paris Saint-Germain on Wednesday.

"The problem with football games," Klopp said, “is if you are not in the stadiums, then you go watch it closely together in rooms and I’m not sure which is better in this case, to be honest.”

— One of the year's biggest tennis tournaments, at Indian Wells in California, was canceled. The next Grand Slam tournament is the French Open, due to start in Paris on May 24. The French tennis federation said it did not anticipate canceling the Open.

— In MotoGP, the Grand Prix of the Americas in Austin, Texas, was postponed until November.

— The Noord-Brabant province in the Netherlands called off all professional soccer matches for the rest of this week. The province includes Eindhoven, where the U.S. is scheduled to play the Dutch national team in an exhibition on March 26. The U.S. Soccer Federation said it is monitoring the situation there and in Cardiff, where the Americans are to play Wales four days later.