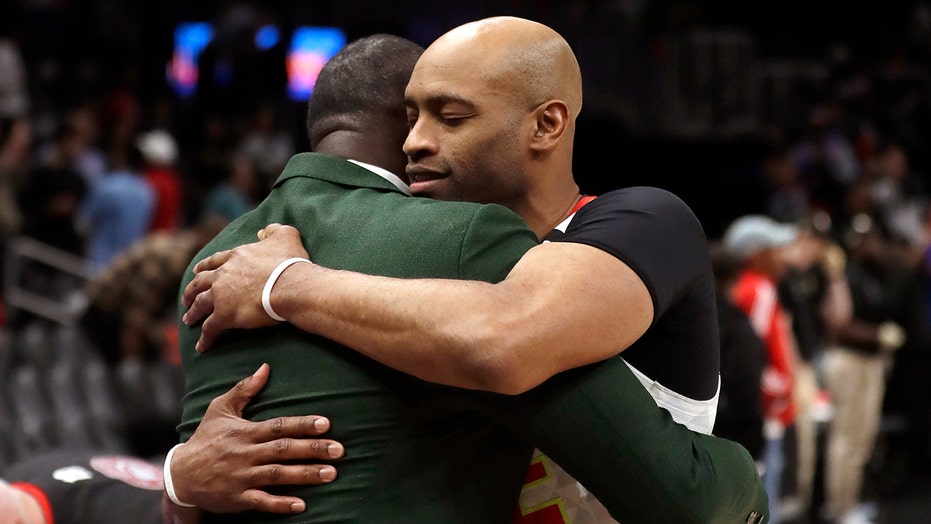 Vince Carter was on the mind of many NBA players as the league decided to suspend its season after a Utah Jazz player tested positive for coronavirus.

The legendary NBA player was playing for the Atlanta Hawks in his 22nd season when the league decided to put the rest of the year on hold in an effort to combat the spread of the disease that has made its way around the world.

Carter and the Hawks were in a barnburner against the New York Knicks. As New York tried to wrap up the win, Knicks fans began chanting for Carter. Hawks coach Lloyd Pierce realized from the bench that this could potentially be Carter’s final game. He put the aging superstar in. Knicks players let Carter take potentially one last three-pointer: All net.

“If it ended today at least I scored my last basket. It will be a weird but cool memory,” Carter told reporters after the game.

He added that he wouldn’t be sour about missing the final 15 games of the season.

“It's cool. Basketball's been good to me. I've enjoyed each and every moment of it, the good and the bad.

Other stars around the league were quick to lament that the postponement of the season would mean Carter won’t get to go out in style.

“Him being here has helped me tremendously, especially with him knowing how to handle the spotlight and the bright lights,” Young said. “I obviously want to play a lot of years in this league. I'm just trying to mimic a lot of the things he does day to day. He's a great person first. I think that's why he's had so much success in the league.”

If it was Carter’s final game of his career, he will finish averaging 16.7 points, 3.2 rebounds and 4.3 assists per game. He started his career with the Toronto Raptors in 1998 and played for the New Jersey Nets, Orlando Magic, Phoenix Suns, Dallas Mavericks, Memphis Grizzlies, Sacramento Kings and, finally, the Hawks.

He was an eight-time All-Star and ushered in a new era for the NBA slam dunk contest during All-Star Weekend. However, he never won an NBA championship with any of the teams he played for.

COVID-19: All you need to know about travel restrictions in key nations

NBA stars react as coronavirus puts season on hold: ‘What we really need to cancel is 2020’ season

NBA stars react as coronavirus puts season on hold: 'What we really need to cancel is 2020' season