American Veterans First founder Duke Cooper finds the relatives of a veteran whose military burial flag was found on the side of a California road.

On the 75th anniversary of the Battle of Iwo Jima, a Maine propane deliveryman's simple act of service outside a veteran's home was caught on camera and has gone viral.

Gulf War Marine Corps veteran David Price was low on propane right before a snowstorm hit the Augusta area last month. Dead River Propane Company had reportedly previously tried to make a delivery to his house – which is down a dirt road – but conditions were too icy to complete the trek.

Because Price works over an hour away from his home, he decided to stay at another house for the time being, still hoping that a delivery person would come the next day.

"But, at this point, it’s snowed. I haven’t done any of the snow removal or shoveling to the tank — but I’m still hoping that the guy would show up and make the delivery," he told Fox News.

While watching his home security cameras, Price noticed that his driveway was plowed. He also noticed that, in the immense wind, his American flag had been blown down for about an hour.

"And, I really had given some thought to asking my boss if I could leave work and go fix my flag," he noted. "And then, I get an alert on my phone – my security cameras – and it’s the delivery driver."

Price said that he watched 46-year-old Anthony Gagliardi trudge through approximately 30 yards of six to seven inches of snow, against the wind, and pull his propane hose from his truck.

Price said Gagliardi immediately picked up the flag and dusted it off as his "first priority."

"You know, he could have walked by the flag. He could have done the delivery first, come back, and gotten it. Whatever. But, he immediately saw that flag and took the time to clean it off, put it up, make sure it was upright, and then went and did his delivery," he said, adding that when he watched the tape, it reminded him of the iconic World War II scene.

"So, I thought that was very motivating. Especially that day – I think it was the 19th – was the start of the Battle of Iwo Jima. Which, obviously, has that iconic raising [of] the American flag. So, I was seeing that all day long like at work and everything, and for my flag to hit the deck – and I’m a Marine – was kind of heartbreaking."

"But, you know, it was just kind of fitting on that day to watch someone – you know – pick up the flag and raise it," he continued. "And, 75 years later, the respect for the flag that these Marines fought and died for – that millions of people fought and died for – exists even for [a] propane delivery driver on a really windy, snowy, day in Maine when no one was looking." 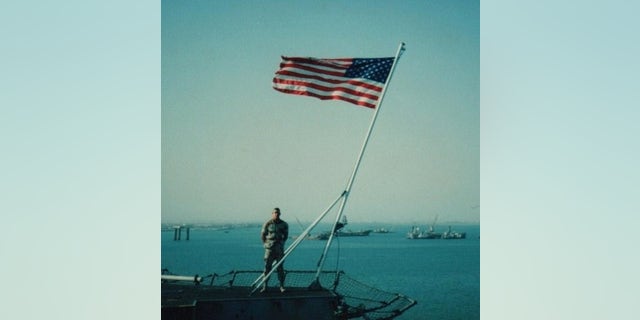 "I went right over to it, cleaned it off, put it back up, and continued on [with] my job," he remarked.

"A lot of people have fought and died for our country and our flag," he explained. "When you disrespect something like that, that really gets to me. We may not agree [with] what’s going on with the country, but there’s no reason to down the country. I mean, we choose to live here."

Gagliardi, a single father, was born on Veteran's Day and was raised in a military family. His brother was in the Marines and committed suicide in 2011 after struggling with Post-Traumatic Stress Disorder (PTSD).

NJ FEDEX DRIVER PICKS UP, FOLDS FALLEN AMERICAN FLAG: 'YOU HAVE TO DO SOMETHING WHETHER PEOPLE ARE WATCHING OR NOT'

Price said his story is what he believes America is about.

"I’m tri-racial: I’m black, white, and Native American. I was put up for adoption at birth and I was adopted just before I was two and my parents are white. I have two kids; they are both darker than me. My grandson’s part Sioux," he said. "So, in other words, to me what does that flag mean? It’s diversity. It’s diversity where we all can have some common goals and some of those common goals are community and taking care of each other and hopefully respect for our country." 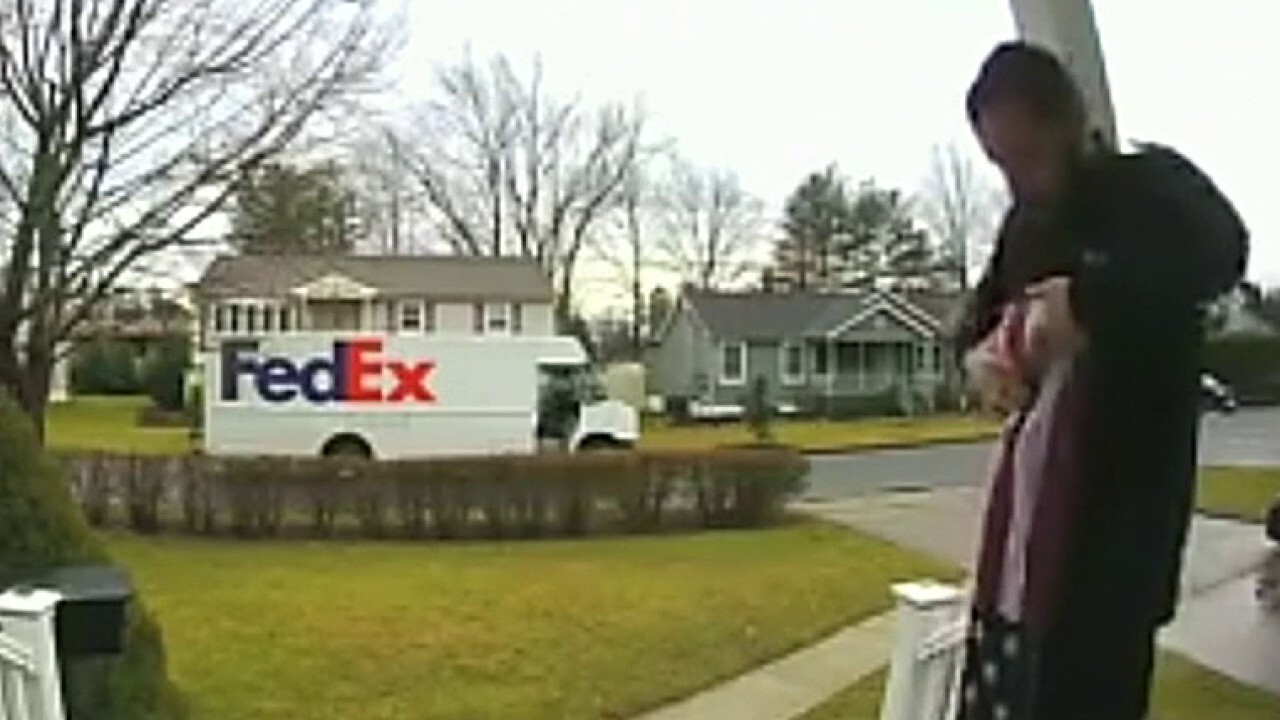 In addition, Price said while he knows that there's a lot of division in the United States, he believes the flag is about selfless acts and knowing the "right thing to do."

"This country isn’t perfect," he later commented, "but the general good of the country I think is still one of the greatest things on the face of this earth. And that diversity can really make us strong."

In the future, Price plans to secure his flag on a permanent flagpole with the Marine Corps flag.