Verlander has lat strain, unlikely to be ready for opener

Verlander has lat strain, unlikely to be ready for openerclose 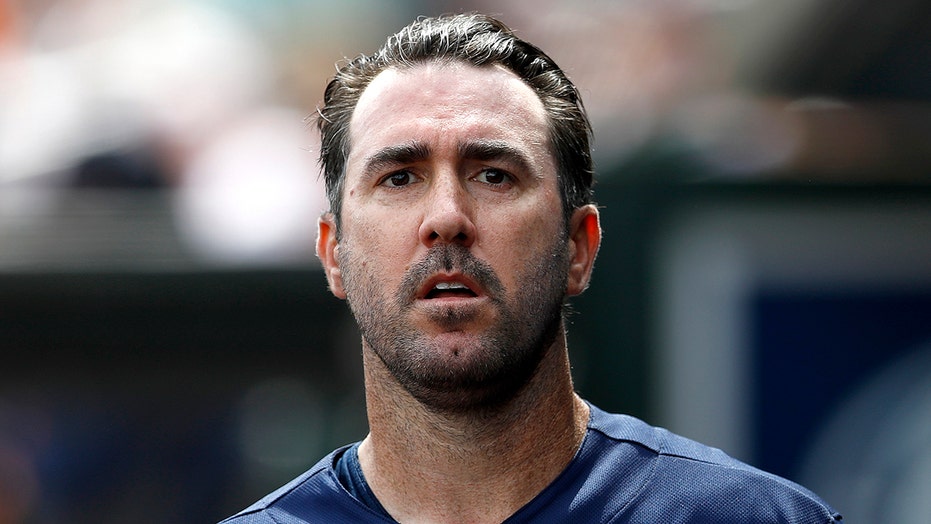 Houston ace Justin Verlander has a mild strain of a back muscle and said it would “probably take a miracle” for him to pitch on opening day at home against the Los Angeles Angels on March 26.

In an effort to remain positive, Verlander quickly added, “but I don't want to leave miracles off the table.”

The reigning AL Cy Young Award winner was hurt on his second-to-last pitch in Sunday's exhibition game against the New York Mets. He had an MRI on Monday and was diagnosed with a strained latissimus dorsi muscle. There is not a timetable for his return.

“Talking with doctors and looking at the scans, it's definitely not worst-case scenario,” the Astros right-hander said. “Best-case scenario would be nothing. It's just probably somewhere in the middle of that.”

The 37-year-old's velocity was down from his previous start, and he was removed after two scoreless innings of what had been scheduled as a four-inning outing.

“Hardly noticed it to be honest,” Verlander said of the injury-inducing pitch. “It didn't quite feel right, just felt maybe I was a little off mechanically or something — kind of one of those spring things. Then in between innings it started to tighten up a bit.”

Groin tightness slowed Verlander earlier in spring training. He said he did not know whether the two issues were related.

Verlander had a similar lat injury during spring training in 2015 and did not make his season debut until June 13. Verlander finished 5-8 with a 3.38 ERA in 133 1/3 innings for Detroit.

Verlander led the league in innings last season despite Houston managing his workload with extra days off and cutting short starts when the Astros had built big leads.

“The innings piled up because I pitched well,” Verlander said. “I would rather continue to pitch well and have the innings pile up.”

Zack Greinke likely will be the only one of last season's top three starters to open the season on the active roster. He allowed one run in four innings against Detroit on Monday.

Josh James, Framber Valdéz and Austin Pruitt were all vying for the final rotation spot prior to Verlander's injury.

“You're ultimately trying to cover 1,400 innings as best as you possibly can,” Houston general manager James Click said. “The five guys that you say are your starters on opening day, I don't know the last time a team went through the season with only five of them. We know we're going to have to be six, seven, eight guys deep.”

Coronavirus: US Republicans self-quarantine amid outbreak

USC invests in supporting Helton rather than replacing him

USC invests in supporting Helton rather than replacing him