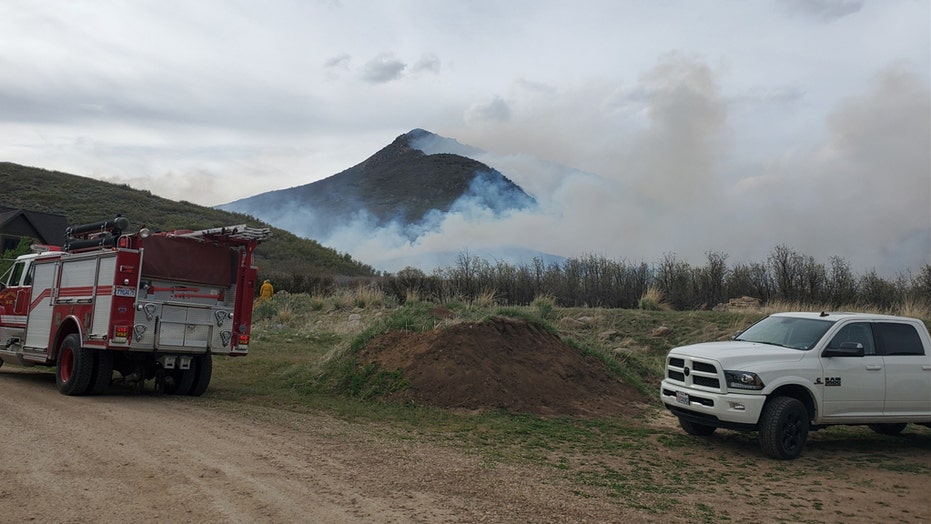 Utah officials continued to battle a wildfire Wednesday southeast of Salt Lake City, the fourth area fire in one week.

The blaze, dubbed the "Saddle Fire," has consumed more than 200 acres after starting around 12:30 p.m. Tuesday just outside of Herber City. State fire officials said it was human-caused and is only 5 percent contained.

The Wasatch County Sheriff's Office said Tuesday evening that a juvenile suspect has been connected with the fire and three others near Interlaken and Pine Canyon areas north of Midway in the last week.

"At this time, it appears the suspect acted alone," the sheriff's office said. 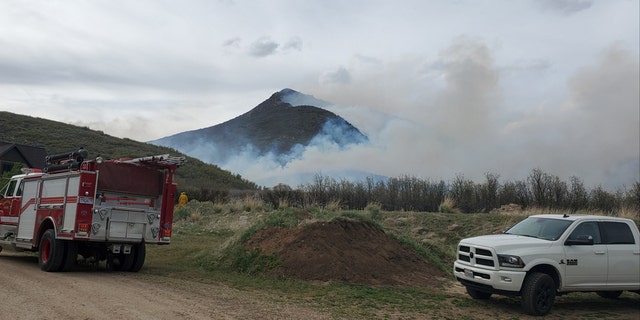 The Saddle Fire burned around 200 acres after starting on Tuesday. Officials said the blaze was human-caused, and that a juvenile has been taken into custody in connection with the blaze and other recent fires. (Utah Fire Info)

"We have firefighters that have put their lives in danger on that mountain today and a hundred lives or more have been in danger today because a juvenile chose to do something like this," Wasatch Fire District spokesperson Janet Carson said Tuesday. "This is pretty serious, this is not just a game."

Photos and videos from Tuesday showed smoke blanketing the sky in Midway as fire crews responded to the area.

The sheriff's office warned that Interlaken residents and those in the Dutch Hills subdivision should be prepared to evacuate their homes. Residents are asked to have medications and personal belongings for 48 hours.

So far, nine homes have been evacuated closest to the burn scar of the blaze.

The boy's parents could possibly be responsible for the costs of fighting the Saddle Fire and the other blazes, according to FOX13.

Crews continued to fight the blaze on Wednesday with hopes that winds don't pick up. A dry April has left behind dry grass and other vegetation that could burn easily.

Anyone with information pertaining to the case is asked to contact the Wasatch County Sheriff’s Office at (435) 654-1411.

Eritreans Sue E.U. Over Use of Forced Labor Back Home