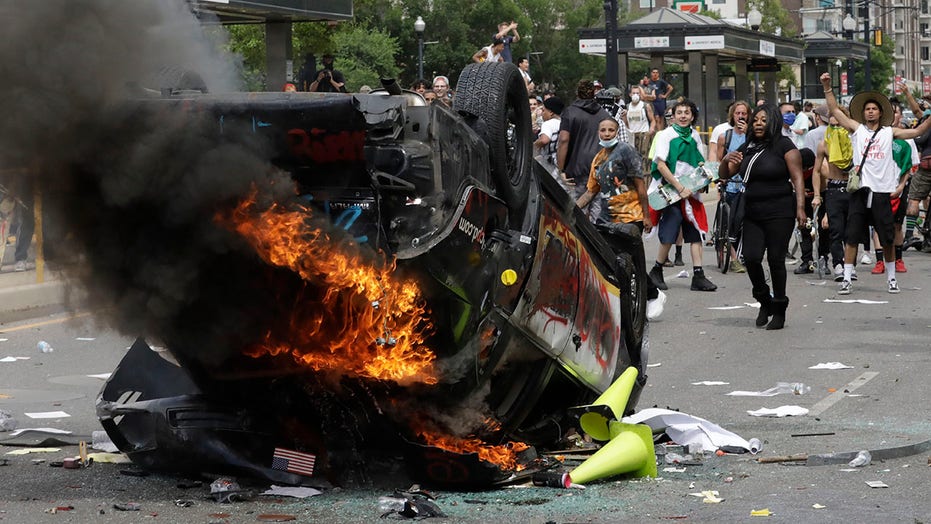 An eighth suspect has been charged in the destruction of a Salt Lake City police car that was flipped over and set on fire during a May protest sparked by the death of George Floyd, according to reports.

Monico Isidro Romero, 31, of Salt Lake City, is accused of pushing a yellow flag with a wooden handle through the patrol car’s windshield after it was flipped on its side, FOX13 Salt Lake City reported. He faces charges of criminal mischief, a first-degree felony, and rioting, a third-degree felony.

The incident unfolded May 30 when a group of protesters surrounded a police officer driving a patrol vehicle and banged on the windows, the Salt Lake Tribune reported, citing probable cause statements. The officer called for help and other officers removed her from the scene, the statements said. 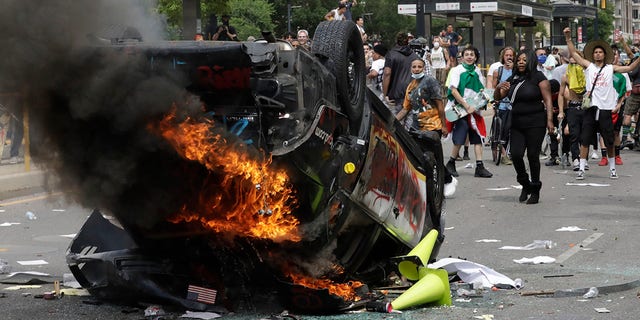 In this May 30, photo, protesters demonstrate as a Salt Lake City police vehicle burns, in Salt Lake City. Police have so far charged eight people in the incident. (AP Photo/Rick Bowmer)

At least eight people then pushed the empty police car onto its roof and set it on fire, police have said. The car sustained more than $5,000 in damage, according to the Deseret News. 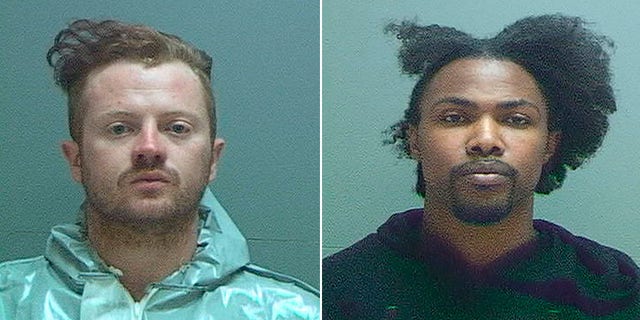 Patton, left, and Newbins both face federal charges in the destruction of the police vehicle. (Salt Lake County Sheriff's Office via AP)

Patton, 26, is accused of tossing a combustible substance into the patrol car, feeding the flames that destroyed it, prosecutors said in court documents.

Meanwhile, Newbins has claimed he was trying to put out the fire, his attorney told FOX13 last week.