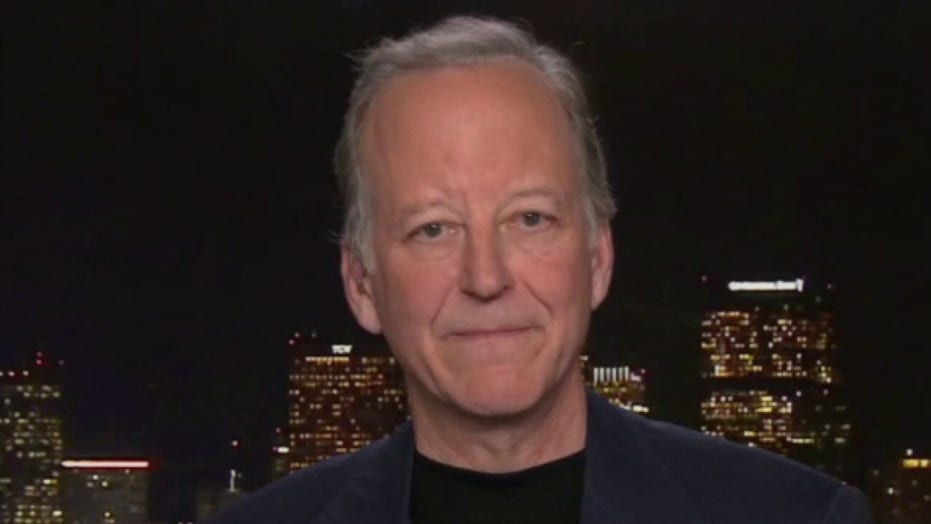 Utah Jazz center Rudy Gobert apologized Thursday to those he “may have endangered” after getting diagnosed with the coronavirus.

Gobert’s diagnosis prompted the NBA to suspend the 2019-2020 season just hours after the league’s owners were leaning toward playing games without fans in the arena.

His teammate, Donovan Mitchell, has also tested positive for the virus, publicly saying that he is personally dealing with the pandemic. But it is not known if Gobert is responsible for Mitchell contracting the virus, or vice versa. 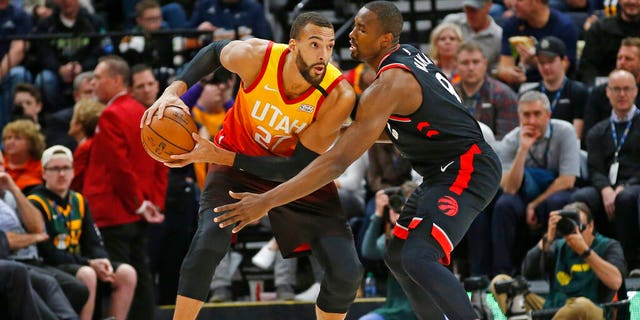 Jazz players, staff and some beat writers covering the team were tested Wednesday night in Oklahoma City, where Utah was to play the Thunder in a game that was called off moments before tip-off once word about Gobert's positive test was received.

On Monday, when asked during a media session at a shootaround in Salt Lake City how teams are dealing with the virus, Gobert said: “There’s not much we can do right now.”

Before leaving, Gobert touched all the tape recorders that were placed before him on a table — devices that reporters who cover the Jazz were using.

“I have gone through so many emotions since learning of my diagnosis…mostly fear, anxiety, and embarrassment,” Gobert wrote. “The first and most important thing is I would like to publicly apologize to the people that I may have endangered. At the time, I had no idea I was even infected. I was careless and make no excuse.”

Gobert thanked everyone who reached out to him and expressed hope that people will “continue to educate themselves and realize that they need to behave responsibly both for their own health and for the well being of those around them."

"I will do whatever I can to support using my experience as a way to educate others and prevent the spread of this virus," Gobert wrote. "I am under great care and will fully recover. Thank you again for all your support. I encourage everyone to take all of the steps to stay safe and healthy."

The Detroit Pistons, Boston Celtics, Washington Wizards and Toronto Raptors — teams that have all recently played against Gobert, Mitchell and the Jazz — all said on Thursday that they were having some players and staff self-quarantine for as many as 14 days. The Cleveland Cavaliers, another team that has recently faced Utah, said they are not mandating quarantines yet but would if any of their players exhibit troubling symptoms. 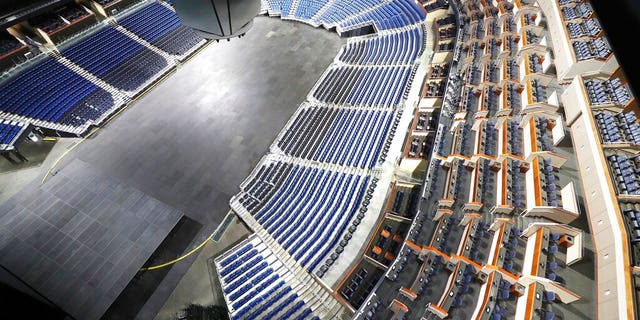 The seats are empty at the Amway Center in Orlando, home of the NBA's Orlando Magic, on Thursday, March 12, 2020. The NBA has suspended the season due to the coronavirus. (Orlando Sentinel via AP)

The vast majority of people recover from the new virus. According to the World Health Organization (WHO), people with mild illness recover in about two weeks, while those with more severe illness may take three to six weeks to recover.

The NBA shutdown could cost teams well into the hundreds of millions of dollars depending on how long the shutdown lasts. Those teams that have faced Gobert in recent days will likely face some testing.

State health labs and many commercial labs can conduct tests on mouth swabs, and health officials estimate that the system could handle about 20,000 tests per day.

The Jazz said Thursday that the team practice facility and Vivint Smart Home Arena — where the team plays games and other concerts and events take place — are being cleaned and sanitized.