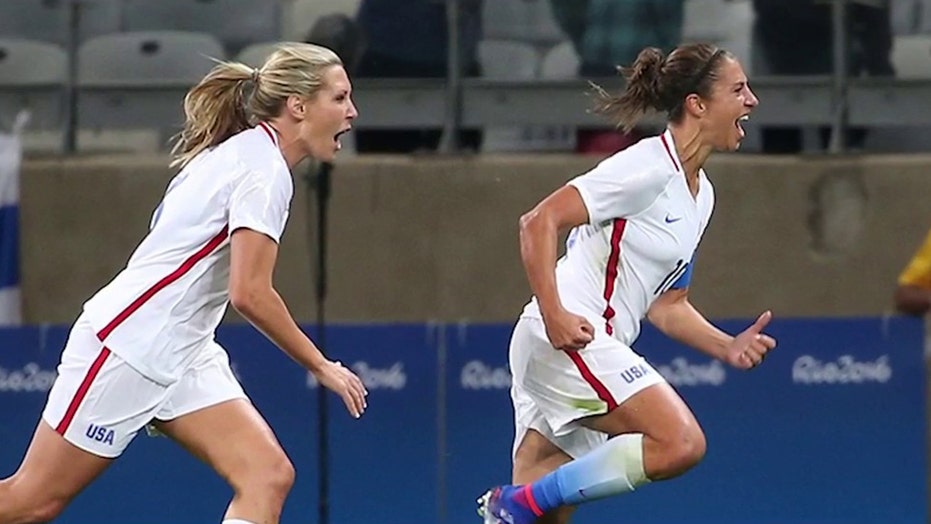 The U.S. Soccer Federation says facing hostile crowds in Mexico and Central America makes playing for the U.S. men's national team a different job than competing for the American women.

The USSF made the claim in documents filed Tuesday night in federal court in Los Angeles, where a lawsuit by American women accusing the federation of gender discrimination is scheduled for trial starting May 5. The U.S. women are seeking more than $66 million in damages under the Equal Pay Act and the Civil Rights Act of 1964.

"MNT players routinely play matches (important World Cup qualifiers, in particular) throughout Mexico, Central America and the Caribbean. The WNT does not," the USSF said. “Opposing fan hostility encountered in these MNT road environments, especially in Mexico and Central America, is unmatched by anything the WNT must face while trying to qualify for an important tournament. Even the hostility of fans at home crowds for the MNT in some friendlies can be unlike anything the WNT faces. This is all evidence of substantially different jobs under the EPA.”

Both sides have moved for summary judgments, asking U.S. District Judge R. Gary Klausner to decide in their favor without a trial.

The women and the men have separate collective bargaining agreements, and the women claim the men receive more — even though the women's national team is far more successful. The USSF contends a large part of the difference is due to World Cup prize money.

FIFA pays bonuses to national federations, and each makes its own deal with its players.

"Passing on the discriminatory prize money differential of FIFA to the federation is exactly the perpetuation of discrimination that the EPA seeks to remedy," lawyers for the women said in their filing. "USSF cannot rely upon a third party's discrimination as a justification for its own decision to discriminate in World Cup compensation between the MNT players and WNT players."

"A third party's payment to USSF — an amount that USSF did not even know at the time it negotiated either team's World Cup compensation provisions — is not a job-related factor that … can justify a wage discrimination," they wrote.

The women claimed the men traveled on charter flights almost three times more often than the women from 2014-19 despite the women playing 33 more matches,

The USSF said the women claimed their ability level is the same as the men “by ignoring the materially higher level of speed and strength required to perform the job of an MNT player.”

"A reasonable juror could conclude that the job of MNT player requires materially different skill and more responsibility than plaintiffs’ job does, while also taking place under materially different working conditions." USSF lawyers wrote. "The job of MNT player (competing against senior men’s national teams) requires a higher level of skill based on speed and strength than does the job of WNT player (competing against senior women’s national teams)."

In addition, the federation said the men have averaged three times the television viewers of the women during the last three years for matches whose rights are owned by the USSF.

USSF lawyers said the women did not demonstrate they have the same responsibility as the men and cited the lesser prize money as evidence.

“MNT players have responsibility for competing in multiple soccer tournaments with the potential for generating a total of more than $40 million in prize money for U.S. Soccer every four years,” they said. “WNT players compete in only one soccer tournament every four years that has the potential to generate any prize money at all, and most recently that amounted to one-tenth of the amount the MNT players could generate."