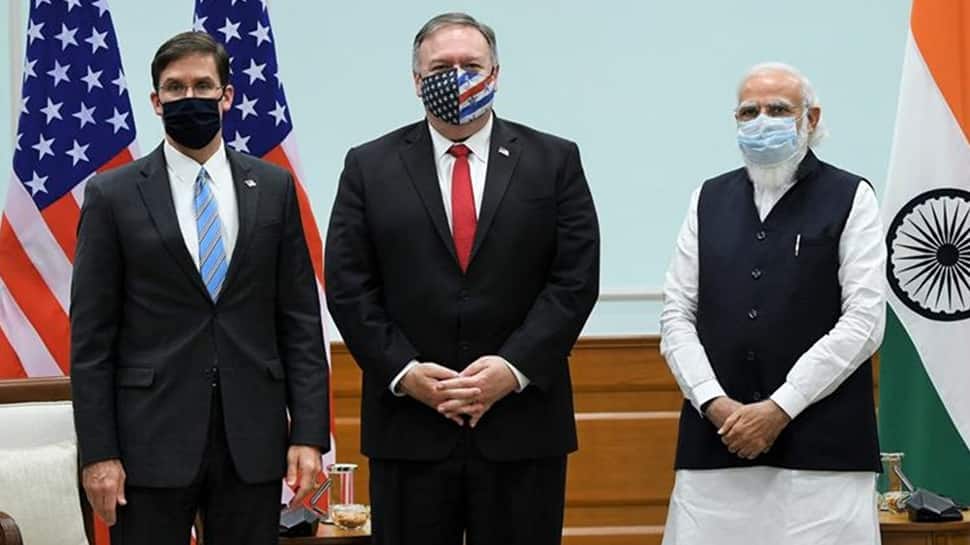 The secretaries briefed the Prime Minister on their bilateral meetings and the fruitful and productive third India-US 2+2 dialogue held during the day. They conveyed the US Government’s continued interest in building stronger relations with India and working together to realize the shared vision and goals.

The Prime Minister appreciated the successful conclusion of the third 2+2 Dialogue. Expressing his satisfaction with the multifaceted growth in the bilateral Comprehensive Global Strategic Partnership in recent years, he underlined the strong foundation of trust, shared values, and robust people-to-people ties between both countries.

Earlier in the day, Jaishankar and Singh held the third edition of the 2+2 talks with US Secretary of State Pompeo and Defence Secretary Esper. India and the US also signed the landmark defence pact, BECA, that will allow sharing of high-end military technology, geospatial maps and classified satellite data between their militaries.

At the 2+2 talks, the two sides also vowed to ramp up their security ties and boost strategic cooperation in the Indo-Pacific amidst China's growing economic and military clout in the region.

Clemson QB Lawrence: ‘I have the option’ to leave or stay

Vote by Mail Deadline: Time to Vote is Running Out as Election Nears

Vote by Mail Deadline: Time to Vote is Running Out as Election Nears