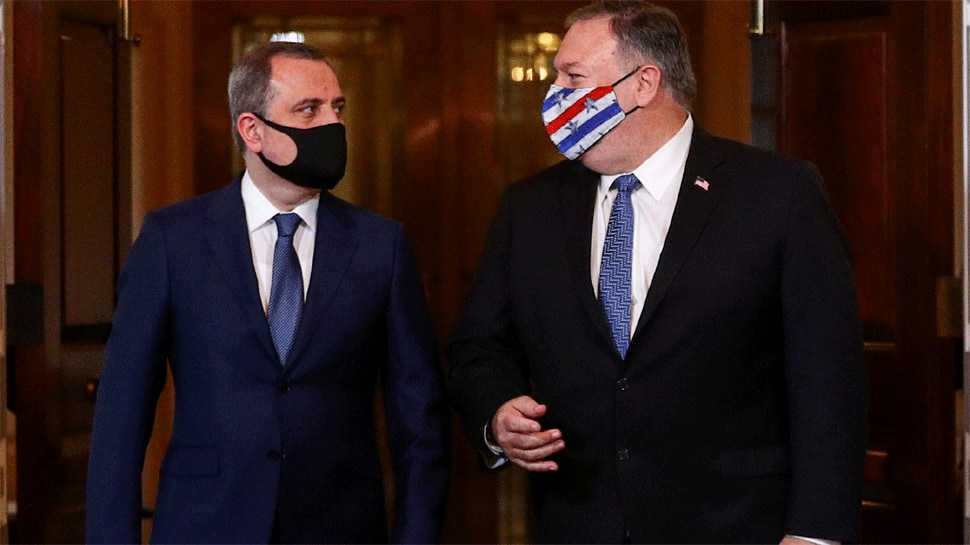 New Delhi: Top two officials of the Trump administration, US secretary of state Mike Pompeo and Defence secretary Mark Esper have reached Delhi for the 2+2 India US meet. It will be the most significant diplomatic engagement in Delhi amid the Chinese aggressiveness, not only with India but with other countries in the region.

US Secretary of State Michael Pompeo and his wife, Susan Pompeo, arrive in Delhi.

US Secretary of State Michael Pompeo is in India today to participate in the third India-US 2+2 Ministerial Dialogue tomorrow. pic.twitter.com/Fxzzr6TvXh

Both US Secretary of state and Defense secretary will have bilateral meets with their Indian counterpart later today, and in the evening, dinner has been hosted in the honour. Secretary Pompeo’s visit marks the fourth visit to India by a Secretary of State during the Trump Administration.

The formal 2+2 happens on Tuesday and will be followed by a joint called by Indian and US foreign and defence leaders with Indian Prime Minister Narendra Modi. This will be for the 2nd time,

Indian PM will meet foreign dignitaries amidst the COVID pandemic, the first being Dr Abdullah Abdullah, the chief negotiator for Afghan Govt at the Intra Afghan talks in Doha.

On the table discussions on Chinese aggressiveness, Indo Pacific concept, how to deal with COVID pandemic, increase people to people engagement.

A US administration official told WION, "Given China’s increasingly aggressive behaviour across the Indo-Pacific from the Himalayas to the South China Sea, it’s more important than ever that we work with like-minded partners such as India."

A military pact, BECA or Basic Exchange and Cooperation Agreement is also expected to be signed. It is the last of the 4 foundational agreement and will allow for expanded geospatial information sharing between American and Indian armed forces.

In terms of defence and security, both countries have expanded cooperation. Earlier this year in July, Indian Navy and UN Navy's Nimitz undertook passing exercises in the Bay of Bengal.

Defence trade has increased in a major away in the last 2 decades. India has the largest fleet of C17 and P8 outside of the US and in 2020, US authorized defence sales worth $20 billion to India.

Focus is expected to be on the quad, grouping of India, US, Japan and Australia as well. Earlier this month, during US Secretary of state Mike Pompeo's Tokyo visit he had bilateral meet with EAM Jaishankar.
The visit comes just a week before the US goes to election on 3rd November. Indian diaspora over the years has increased role in the country's political process. Diaspora stands 4 million strong, with approximately 200,000 Indian students in American universities.

Last 2 years saw 2 major events, the Howdy Modi event in Houston with participation of 50,000 Indian Americans and Namaste Trump event in Gujarat. Events, who many saw a celebration of close people to people ties between the 2 countries.