US close to passing Italy coronavirus death toll after seeing 2,000 deaths in a day

US close to passing Italy coronavirus death toll after seeing 2,000 deaths in a dayclose 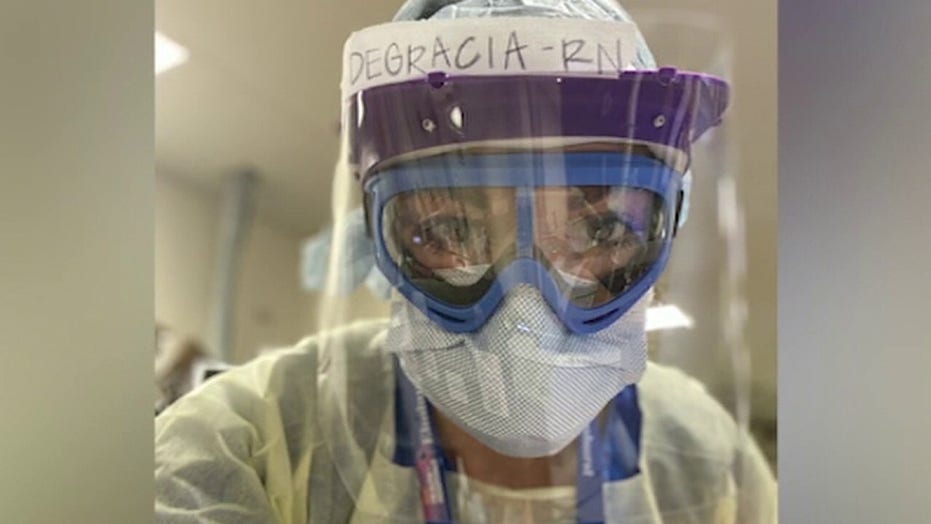 Lisseth DeGracia reflects on her first week in New York City, as she answers Governor Cuomo's call for help by volunteering at Elmhurst Hospital.

The United States is nearing a grim milestone in the fight against coronavirus as it is closes in on being the country with the most deaths.

A tally by Johns Hopkins University showed Saturday that 2,108 people died in the U.S. in the past 24 hours – the first country in the world to record more than 2,000 deaths in a single day.

Since the outbreak from the pandemic in mid-February, the U.S. has recorded at least 18,780 deaths and it is likely to surpass Italy’s death toll of 18,849. 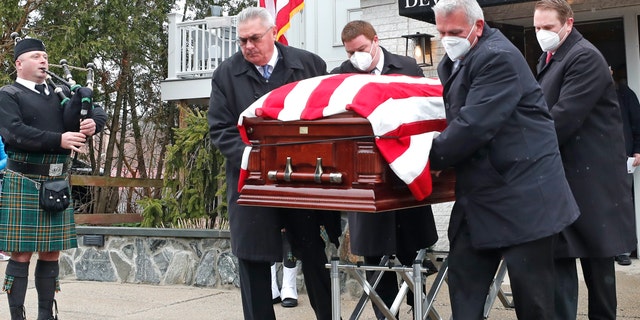 The casket of veteran Mary Foley is carried out of a funeral home, Wednesday, April 8, 2020, in Arlington, Mass. Foley, who died at the age of 93, served in the U.S. Air Force, including WWII. Due to the coronavirus crisis, she cannot be given a formal military funeral. (AP Photo/Elise Amendola)

The pandemic’s epicenter has long shifted to Europe and the U.S., which also now has by far the largest number of confirmed cases, with more than half a million. It saw more than 35,000 new positive infections in the last 24 hours, according to Johns Hopkins University.

However, experts on the White House’s coronavirus task force suggested the outbreak within America’s borders is starting to level off slowly.

“As encouraging as they are, we have not reached the peak,” Dr. Deborah Birx said Friday. 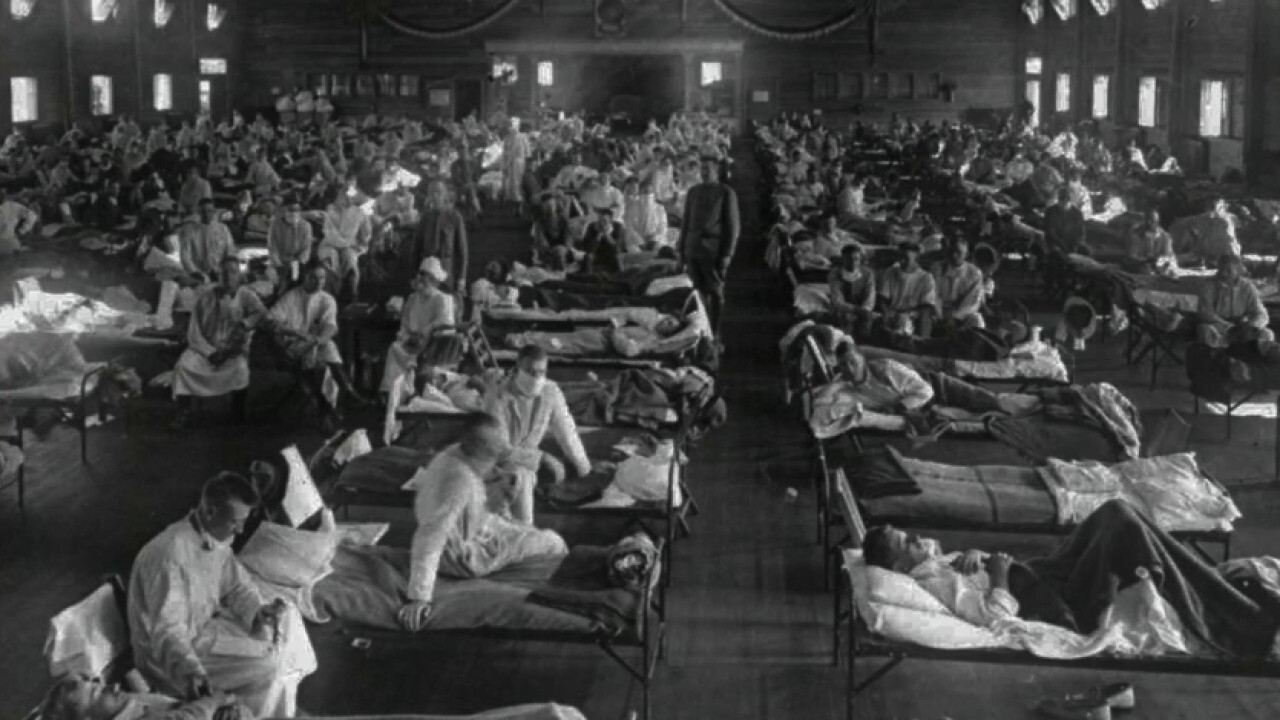 Lessons from the Spanish Flu: 50 to 100 million died worldwide during outbreak

The flu pandemic swept the globe in 1918 and changed the course of history; State Department correspondent Rich Edson reports.

Meanwhile, President Donald Trump insisted he would not reopen the country until it is safe.

“I want to get it open as soon as possible,” he said at a Good Friday briefing while adding: “The facts are going to determine what I do.”

AMERICA RELEARNING THE LESSONS OF THE 1918 SPANISH FLU PANDEMIC

More than 40 percent of the deaths in the U.S. have happened in New York state, which is considered the epicenter of the virus in the country.

“I understand intellectually why it’s happening,” Gov. Andrew Cuomo said. “It doesn’t make it any easier to accept.”

On Saturday, New York City Mayor Bill de Blasio announced that the city’s public schools will be shuttered for the rest of the academic year. He said online education will continue for the 1.1 million-student district. 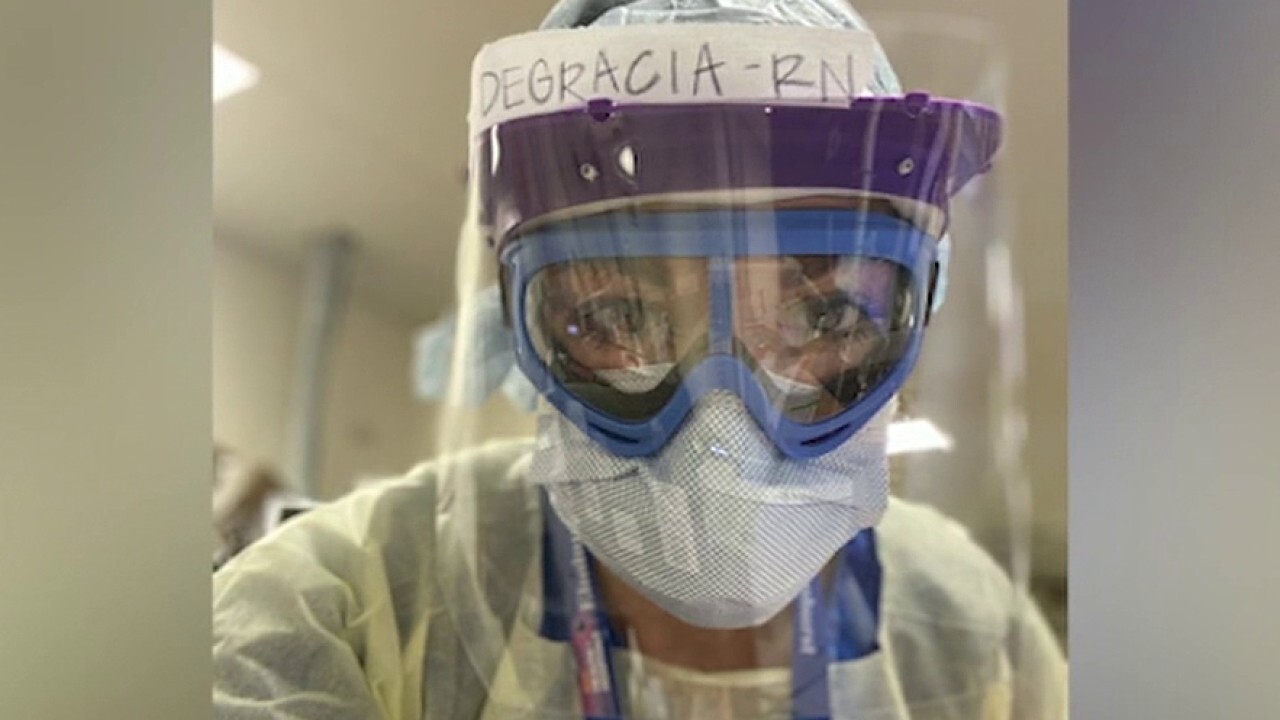 Lisseth DeGracia reflects on her first week in New York City, as she answers Governor Cuomo's call for help by volunteering at Elmhurst Hospital.

De Blasio praised teachers for what he said was a heroic effort to teach their students online, a practice that has been met with mixed success as many of the city’s low-income students lack Wi-Fi and devices for connecting to their virtual classrooms.

Other states including Virginia, Pennsylvania, and Vermont have previously announced that schools will be shuttered for the rest of the year.

Health experts have warned that if the country rolls back restrictions too quickly, case levels could once again begin to soar, especially without widespread testing to determine who might be a carrier of the virus. 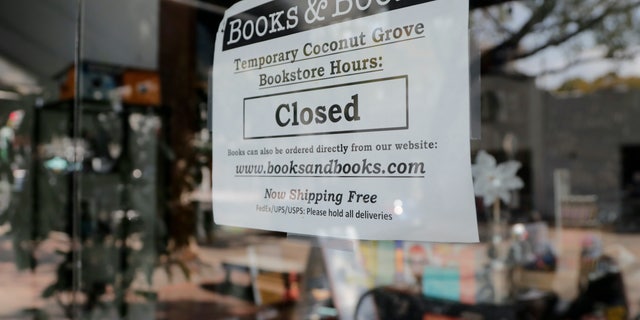 A sign on locally owned business Books &amp; Books says the store is closed during the coronavirus pandemic, Thursday, April 9, 2020, in Miami. With 6.6 million people seeking unemployment benefits last week, the United States has reached a grim landmark: roughly one in 10 workers have lost their jobs in just the past three weeks to the coronavirus outbreak. (AP Photo/Lynne Sladky)

Dr. Anthony Fauci, the nation’s top infectious-diseases expert, said this week that a timeline for reopening the country would entail reviewing the data day-by-day.

More than 1.7 million people have been infected with coronavirus worldwide. More than 100,000 have died, while more than 388,000 have recovered from the illness.

Coronavirus: Danube won’t lay off any of its 3,600 staff