Vallow's husband Chad Daybell, who owns the property, has been arrested with bail set at $1 million.

Idaho police have positively identified unearthed remains as those of the two missing children of “cult mom” Lori Vallow.

"It is not the outcome we had hoped — to be able to find the children safe," Assistant Rexburg Police Chief Gary Hagen said Saturday. "Our hearts and prayers go out to the families of JJ and Tylee."

Chad Daybell, 51, the self-published author of doomsday novels, was charged Tuesday with burying Joshua "JJ" Vallow, 7, and Tylee Ryan, 17, in his backyard on separate dates last September — the month they were reported missing by relatives.

Daybell was taken into custody after authorities showed up at the property with a search warrant and a backhoe. 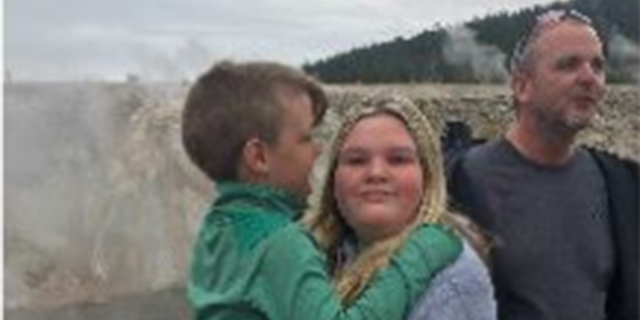 After remains were discovered and before they were examined by the coroner's office, police told JJ’s grandparents they were the boy’s and Tylee’s, according to reports

Daybell and Vallow, 46, married weeks after his 49-year-old wife died in her sleep in October under what authorities have said were suspicious circumstances.

Vallow has been charged in connection with her children’s disappearance and is being held in an Idaho jail on $1 million bail.

Her family has accused her of being part of a cult with Daybell.

Daybell is being held in lieu of $1 million bail on destroying or concealing evidence charges.

In May, Fox 10 Phoenix reported obtaining 2018 emails in which Vallow asked Daybell to judge the “light” and “dark” spirits in her children and husband, Charles Vallow.

A source told the station that Daybell believed people were reborn, or graduated, to the next level when they died. His rubric graded Tylee as a level 4.1 dark spirt. JJ was listed as a 4.2 light spirit.