Turkey’s president warned Monday that Europe could expect “millions” of migrants and refugees after easing his country’s border-crossing restrictions.

President Recep Tayyip Erdogan’s remarks came after thousands of migrants tried to push their way past his country’s border with Greece.

Thousands of migrants on Monday tried to find a way across Turkey's land border into Greece, which has made clear its borders will remain closed.

As Greek police fired tear gas, a group of several hundred holding white flags shouted “peace, peace,” asking to be let into Greece. Others were trying to reach Greek islands from the Turkish coast.

A child died when a dinghy boat full of migrants heading to a Greek island capsized Monday. 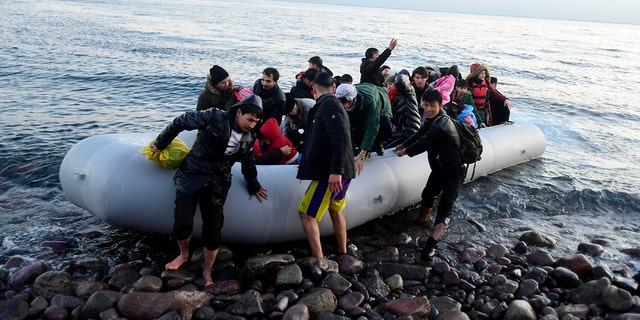 Migrants arrive at the village of Skala Sikaminias, on the Greek island of Lesbos, after crossing on a dinghy the Aegean sea from Turkey on Monday, March 2, 2020. Thousands of migrants and refugees massed at Turkey's western frontier, trying to enter Greece by land and sea after Turkey said its borders were open to those hoping to head to Europe. (AP Photo/Michael Varaklas)

He has demanded more support from Europe in dealing with the fallout from the Syrian war to its south.

“It’s done, the gates are open,” he said Monday, adding that Western leaders were calling him to reverse the border opening. “You will have your share of this burden now.”

Soon, “the number of people going to the border will be expressed in millions,” he added.

The Turkish leader says his country is unable to cope with a new wave of Syrian refugees, the BBC reported. 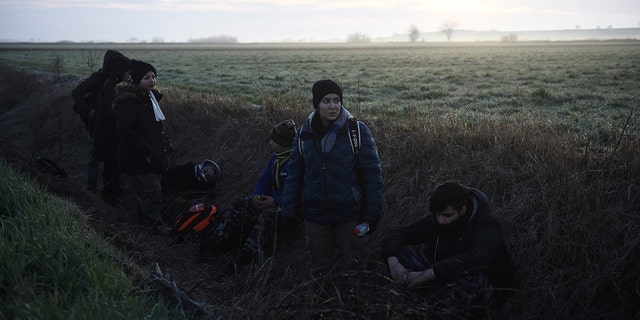 Migrants from Iran detain by Greek authorities in the village of Kastanies near the Greek-Turkish border on Monday, March 2, 2020. Thousands of migrants and refugees massed at Turkey's western frontier, trying to enter Greece by land and sea after Turkey said its borders were open to those hoping to head to Europe (AP Photo/Giannis Papanikos)

In a televised speech, Erdogan said the EU had provided no help for resettling Syrian refugees in “safe zones” inside Syria.

In his remarks, Erdogan said he hopes to broker a cease-fire later this week in Moscow when he meets with Russian President Vladimir Putin.

Erdogan said he hoped to broker a cease-fire in Idlib when he sees Putin on Thursday to “prevent further bloodshed." He did not elaborate.

Turkey eased its border restrictions amid a Russian-backed Syrian government offensive into Syria’s northwestern Idlib province. That offensive has killed dozens of Turkish troops and led to a surge of nearly a million Syrian civilians fleeing toward Turkey’s sealed border.

Fighting in Idlib continued Monday, with heavy clashes between Syrian government forces and Turkish-backed fighters. The Kremlin said Erdogan and Putin would meet in Moscow on Thursday for talks on Idlib.

New date for “Economy of Francis” set for November

As Covid Cases Hit Record High in Tokyo, Can the Olympic Bubble Hold?

An Ethiopian Road Is a Lifeline for Millions. Now It’s Blocked.

European Union Pulls Ahead of the U.S. in Vaccinations