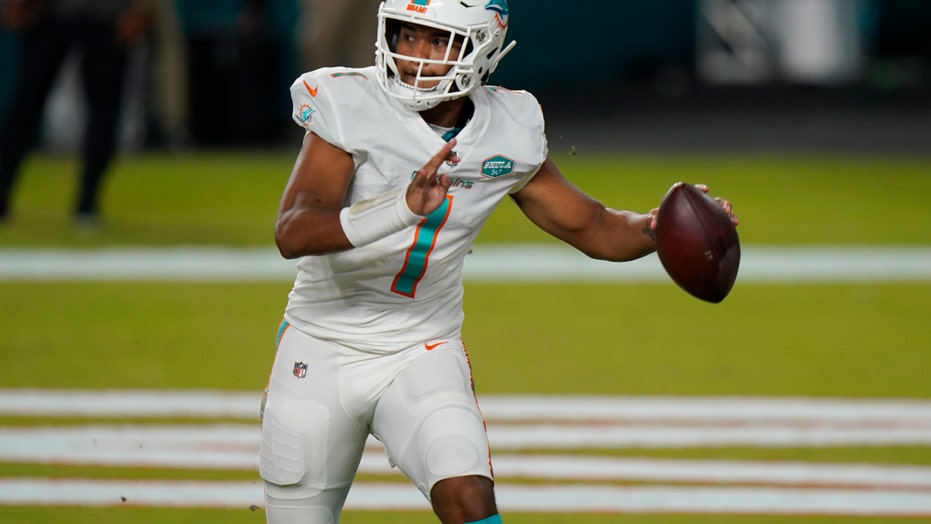 The Tua Tagovailoa era is about to begin in Miami and the excitement is brewing, but it has incited some speculation as to how the team is handling the big change.

At 3-3 and second in the AFC East, Dolphins head coach Brian Flores decided to make Tagovailoa the starting quarterback. The 22-year-old Alabama product will make his first NFL start on Sunday in the Dolphins’ Week 8 matchup against the Los Angeles Rams.

As much as his Dolphins teammates have expressed their excitement for Tagovailoa, there are some outside the franchise pushing the notion of locker room dissent. As columnist Armando Salguero of the Miami Herald pointed out, ESPN’s Sunday morning pregame show discussed at length how the QB change has caused some division within the team.

Salguero vehemently refutes the speculation that there is any resentment in the Dolphins locker room regarding the decision to bench Fitzpatrick, who signed a two-year contract with Miami as a free agent in March 2019. Fitzpatrick vented his personal frustration last week, though there has been no indication that’s spread throughout the team.

Mike Gesicki spoke with reporters Monday about the switch and the veteran tight end spoke of the respect he has for Fitzpatrick as well as the high anticipation he has for Tagovailoa.

“I’ll forever be indebted to Fitz,” Gesicki said. “He believed in me when not too many people did.”

Cam Newton is ‘embarrassed’ and the Patriots have nowhere to turn