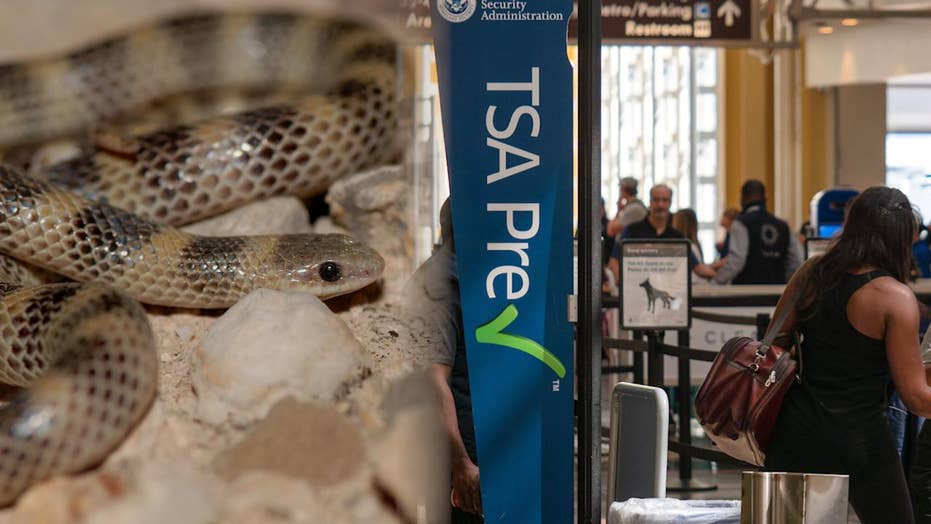 The craziest things confiscated by the TSA

A human skull, live eels and a landmine are just a few of this crazy list of items confiscated by TSA. Take a look to find out what else made the list.

Those are just a few of the strange weapons people have brought to America's airports only to be discovered by Transportation Security Administration agents.

Every day, the TSA checks for explosives and other dangerous items in 5.5 million carry-on bags and 1.4 million checked bags at nearly 440 airports.

Since 2013, the agency has been posting on Instagram photos of some of the strangest weaponry travelers have shown up with at TSA checkpoints.

Here are some of the more exotic items:

A traveler with a throwing star in a carry-on was stopped by TSA agents at Greater Rochester International Airport in New York on Feb. 7. "Throwing stars are just not allowed in your carry-on bag," the TSA said. "But if it must fly…consider checking it in instead."

Sharp-eyed TSA agents at Billings Logan International Airport stopped a traveler who showed up at a checkpoint with a belt-buckle knife.

A traveler at Baltimore–Washington International Airport ​​​​​was stopped from boarding a plane with high heels and matching ammo wrist bands.

At Indianapolis International Airport, an explosives instructor was stopped by TSA agents with a suicide vest he used as a training aid. The instructor had other items that also raised alarm.

TSA agents at Chicago O'Hare Airport stopped a traveler with a paint roller wrapped in sandpaper and wire with nails. The TSA described it as something out of a "Mad Max" movie.

A traveler showed up ata TSA checkpoint atHartsfield–Jackson Atlanta International Airport with a scary razor glove in a carry-on bag.

"It's safe to sleep on Elm Street again," the agency quipped on Instagram.

An inert mortar round was discovered in a checked bag at the Evansville Regional Airport TSA checkpoint in Indiana.

"While packing items like this can ruin your day, they can also make it a pretty bad for your fellow travelers," the TSA said. "These types of items can also lead to hefty fines and arrest."

No Country Says Everybody Is Welcome: S Jaishankar On CAA

No Country Says Everybody Is Welcome: S Jaishankar On CAA