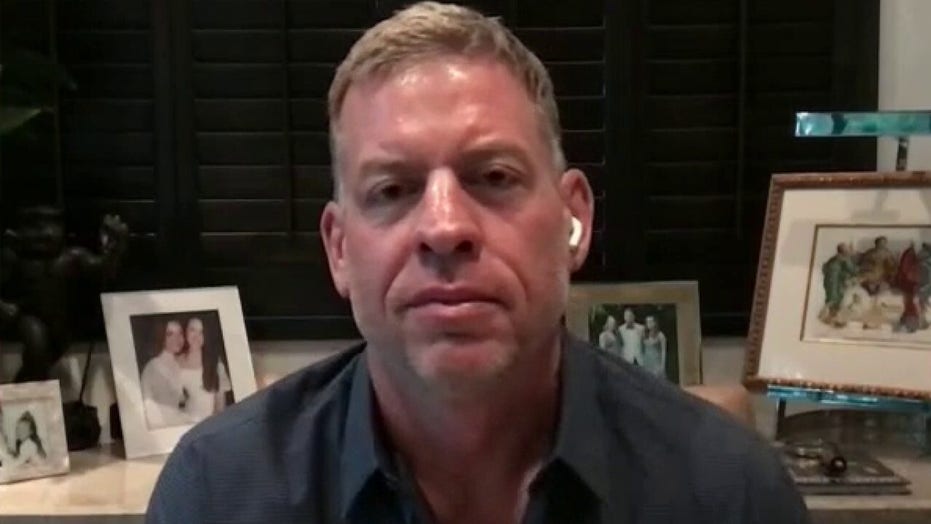 Troy Aikman, FOX Sports lead NFL game analyst and Hall of Fame quarterback, told "Fox & Friends" Thursday it's going to be an "adjustment" for teams, players and fans for one of the most anticipated — and unusual — seasons in NFL history.

"It'll be a different booth and this is kind of a foreign thing for Joe Buck and I, as well, to be able to step in," Aikman said. "Everyone's having to adjust and I think there's an element of the unknown here as we go into week one."

"I think it'll be an adjustment for these players," he added. "A lot of the teams are used to having big crowds at their training camp so there's a certain element of this they've gotten a little bit accustomed to."

The artificial crowd noise will help, but without fans, it does take away from a home-field advantage.

"I wouldn't be surprised," he told co-host Brian Kilmeade, "if these two teams, both New Orleans and Tampa Bay, are meeting up again in January in the NFC championship game."

The former Dallas Cowboys quarterback said football has changed since he played from 1989 to 2000, allowing quarterbacks like the Saints' Drew Brees and Buccaneers' Tom Brady to play well into their 40s.

Aikman said football is what America needs at this moment, given the divisiveness of politics and the pandemic.

"Throughout my 12-year career, I was around a lot of players that we didn't have a lot in common, in terms of how we were raised, and yet, because we had a common goal, we were able to rally together and be brothers, and go out and compete and forge some really tremendous relationship, and my best friends in life are those that I've been in the locker rooms with, and so we could all learn, we could all learn a lot," he said. "Certainly Washington could, from the way teams are able to come together and put aside their differences and work towards a common goal."

The NFL is reportedly inscribing "End Racism" and "It Takes All of Us" in the end zones for the games.

"They are trying to address racial equality," Aikman explained. "There's no question that Roger Goodell has acknowledged, and maybe a few years ago when Colin Kaepernick began this march, that things weren't handled at the NFL level the way that, in hindsight, he would have liked."

"There's a real effort right now, not only in football but I think in a lot of ways, football is what galvanizes everybody and brings everybody together and I'm proud of the fact that the NFL is trying to be on the forefront of it and make a difference," he said.