Tornadoes raging across South kill at least 6 in Mississippi, damage hundreds of buildings in Louisiana

Tornadoes raging across South kill at least 6 in Mississippi, damage hundreds of buildings in Louisianaclose 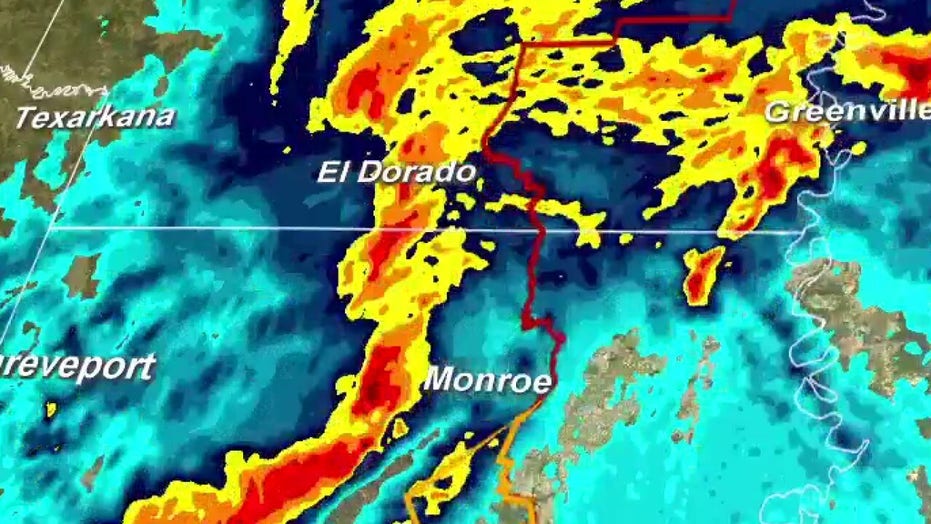 Powerful storms raged across the Deep South on Easter Sunday, killing at least six people in Mississippi and damaging hundreds of buildings in Louisiana.

National Weather Service officials said strong winds were sweeping through other parts of Mississippi and a tornado appeared near the Alabama state line. 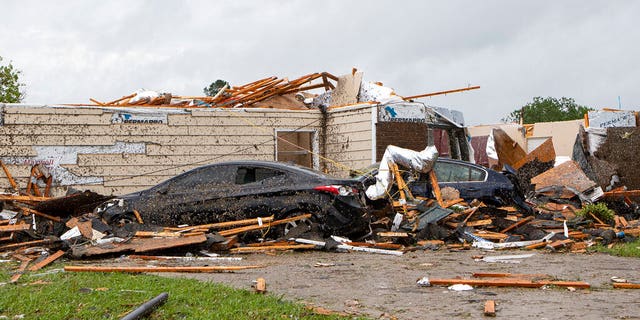 A home had its roof torn off after a tornado ripped through Monroe, La. (The News-Star via AP)

The weather service reported multiple tornadoes and damaging winds over parts of Louisiana. Utility companies reported thousands of power outages. There were no immediate reports of serious injuries.

Jamie Mayo, the mayor of Monroe, La., told a local station that the storm damaged some 300 homes in and around the city. 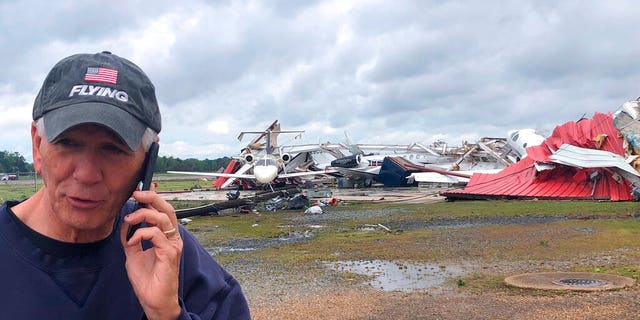 Rep. Ralph Abraham seen talking on his phone in front of a destroyed hangar and damaged planes at Monroe Regional Airport in Monroe, La. (Dianne Abrams via AP)

Flights were canceled at Monroe Regional Airport, where the storm ripped the siding off buildings and scattered debris on runways. Airport director Ron Phillips told the News-Star that the storm triggered up to $30 million in damage to planes inside a hangar. Meanwhile, dozens of homes in the DeSoto and Webster parishes were reported damaged.

Weather trackers also said the greatest risk for strong storms covered much of Mississippi, Alabama and western Georgia, while much of the rest of the South was under at least a "marginal" risk.

The shooting in Indianapolis adds to a grim toll of workplace violence in the U.S.

Peloton Pushes Back Against Federal Agency Over Treadmill Warning