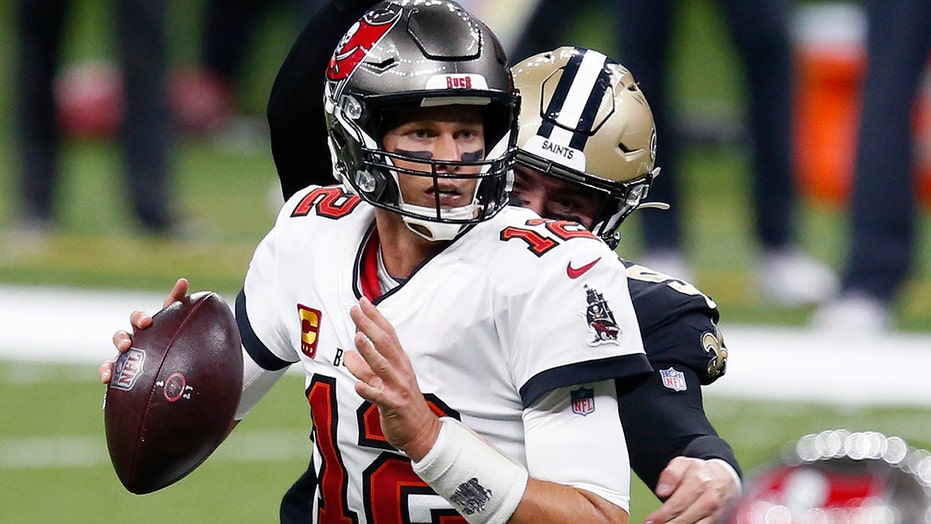 Tom Brady had a disappointing performance in his Tampa Bay Buccaneers debut and joined some odd company with a pick six he threw during the game against the New Orleans Saints on Sunday.

Brady threw an interception to Saints cornerback Janoris Jenkins, who returned the ball for a touchdown early in the third quarter – also known as a pick six. The score would put the Saints up 24-7 and the team would eventually hold off the Buccaneers for the 34-23 victory.

According to Pro Football Reference, Brady joined quarterbacks Matt Schaub and Blaine Garrett as the only quarterbacks in NFL history to throw a pick six in three consecutive games. Schaub and Garrett both completed the feat during the 2013 season.

Brady expressed his frustration over his performance after the game.

“Just bad, terrible turnovers. It’s hard to win when you turn the ball over like that,” he said, according to The Athletic. “Obviously, I’ve got to do a much better job. … The turnovers really hurt us, and we’ve got to clean that up for next week. Got to do a lot better job.”

Brady was 23-for-36 with two touchdown passes, a rushing touchdown and 239 passing yards. He had two interceptions and was sacked three times.