What does the coronavirus outbreak mean for Americans?

A slimmed-down version of one of the world's largest races still took to the streets of Tokyo on Sunday as officials in Japan take extensive measures to curb the spread coronavirus ahead of the Summer Olympics.

The Tokyo Marathon was cut back to about 200 elite runners, far short of the 30,000 who typically participate in the race, to reduce the risk of spreading the virus.

Japan has recorded more than 940 confirmed cases of the virus, including 705 from the Diamond Princess cruise ship, which was quarantined in Yokohama, sparking international criticism that the containment was ineffective. Several of the roughly 1,000 passengers who tested virus-free and were allowed to get off the ship after a 14-day quarantine have since tested positive.

There have been at least 11 deaths so far in Japan, included six people from the cruise ship.

Tokyo Marathon organizers decided on Feb. 17 to drastically reduce the number of participants for this year's race due to escalating health concerns. 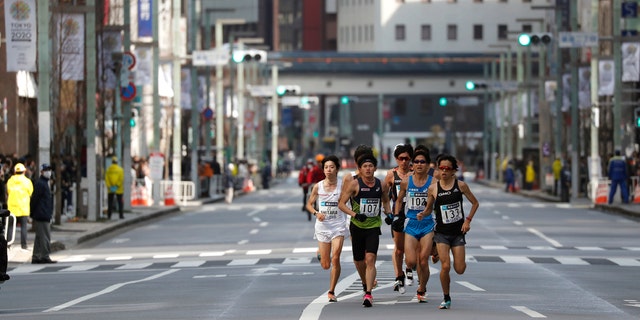 Runners race through the commercial district with less spectators at the Tokyo Marathon in Tokyo, Sunday, March 1, 2020. (AP Photo/Shuji Kajiyama)

The marathon is a city race and has no connection to the Olympic race that will take place this summer in the northern city of Sapporo.

Sunday's race was won by Ethiopian Birhanu Legese for the second year in a row, finishing in two hours, four minutes and 15 seconds, according to Reuters. Lonah Korlima Chemtai Salpeter, who runs for Israel, won the women’s race in a record time of 2:17.45. 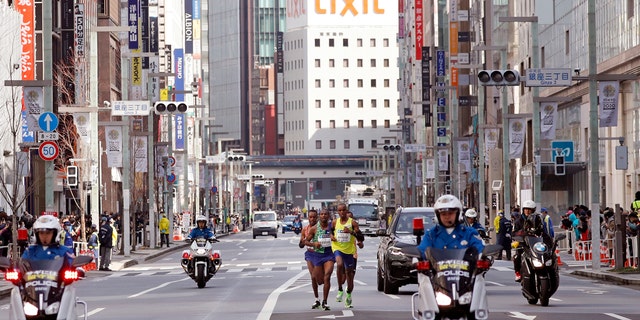 As the elite runners took to the streets, spectators were asked to stay home and watch on Japanese television or online. 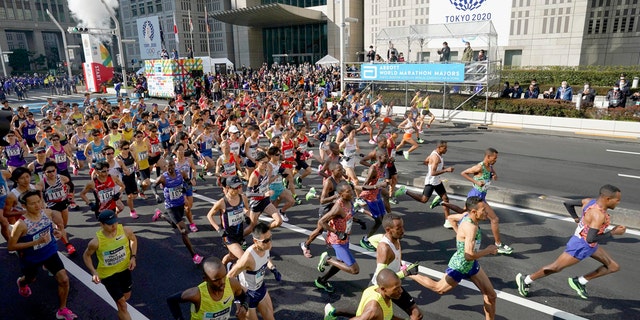 Elite runners start the Tokyo Marathon in Tokyo, Sunday, March 1, 2020. The race was scaled back as part of Japan's efforts to combat the spread of the coronavirus. (Kyodo News via AP) 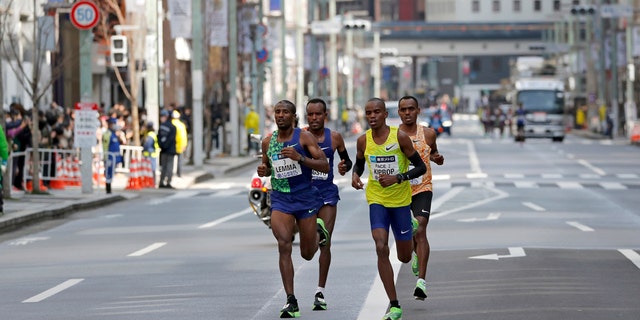 Ethiopia's Birhanu Legese, right in second row, races with other runners on his way to winning the Tokyo Marathon in Tokyo. (AP Photo/Shuji Kajiyama)

According to the Wall Street Journal's Alastair Gale, race staff for the marathon held up signs at train station exits along the course that read: “Please refrain from coming to watch.”

Spectators who did show up were seen wearing masks as runners passed.

The marathon wasn't the only major event to be held in the country this weekend with few or no people watching.

The Chiba Lotte Marines hosted the Rakuten Eagles with no spectators in the stands at Zozo Marine Stadium in Chiba Prefecture on Saturday, one of six preseason baseball games played at empty stadiums. 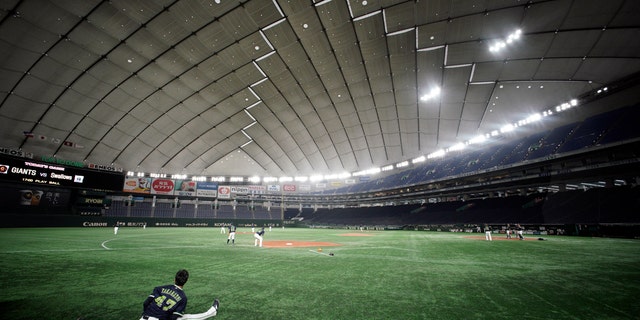 Japan's professional baseball league said Thursday it will play its 72 remaining preseason games in empty stadiums because of the threat of the spreading coronavirus. (AP Photo/Eugene Hoshiko)

Tokyo Olympics organizers and the IOC have repeatedly said the Games will go ahead as scheduled and that they are following the advice of the World Health Organization. The Olympics are expecdtded to draw 11,000 athletes from around the globe, followed by the Paralympics beginning Aug. 25 with 4,000 athletes. 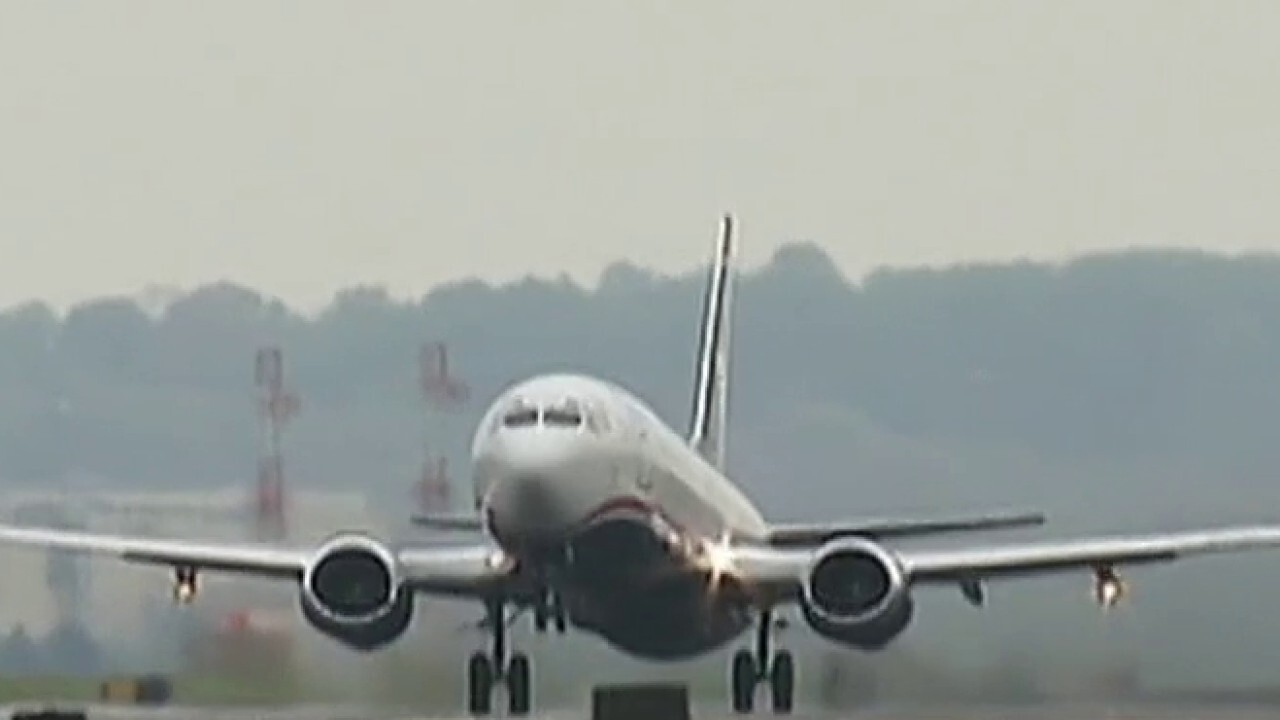 Travel bookings down amid coronavirus fear

Abe said at a news conference that Japan is at a critical juncture that could determine whether the country can keep the outbreak under control ahead of the Olympics.

Abe, whose announcement this past week of a plan to close all schools for more than a month through the end of the Japanese academic year sparked public criticism, said the emergency package includes financial support for parents and their employers affected by the closures.

“Frankly speaking, this battle cannot be won solely by the efforts of the government,” Abe said. “We cannot do it without understanding and cooperation from every one of you, including medical institutions, families, companies and local governments.”

‘I caused a lot of harm’