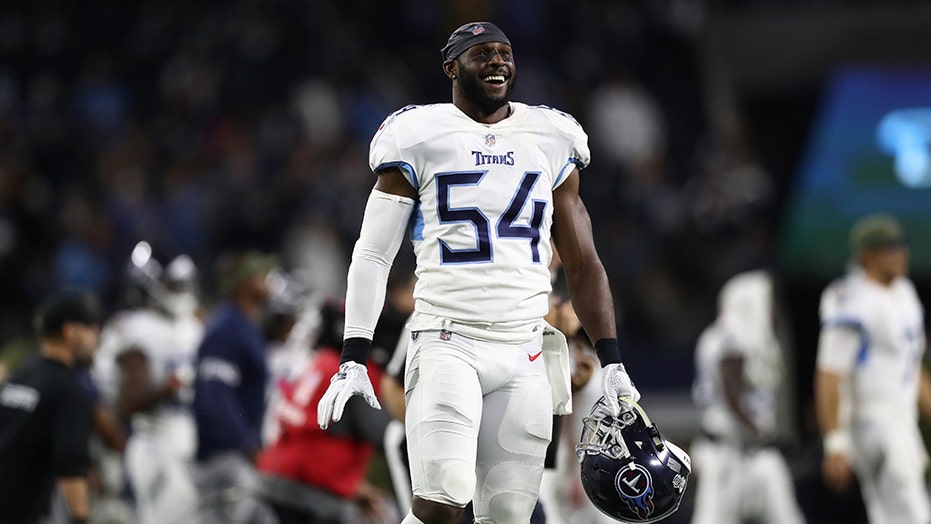 Tennessee Titans linebacker Rashaan Evans was ejected from the first game of the season against the Denver Broncos for throwing a punch at tight end Jake Butt.

Evans was tossed from the game in the first quarter. On a running play, Butt and Evans got into a shoving match when the play was over. Evans subsequently threw a punch at Butt’s helmet and was ejected by the referees.

Evans was seen leaving the field afterward. The Titans were assessed a crucial penalty on the play and Denver would later go on to score the first touchdown of the game.

It was an unfortunate loss for the Titans, who were already without Vic Beasley in their linebacker corps and Adoree Jackson in the secondary. Cornerback Johnathan Joseph also left the game with an injury.

Evans, in his third season, was a key linebacker for the Titans last season. He recorded 111 total tackles and 2.5 sacks with a fumble recovery and a touchdown. He also had 18 tackles and three tackles for a loss in three games in the playoffs.

Tennessee made it as far as the AFC Championship game last season before losing to the eventual Super Bowl champion Kansas City Chiefs.