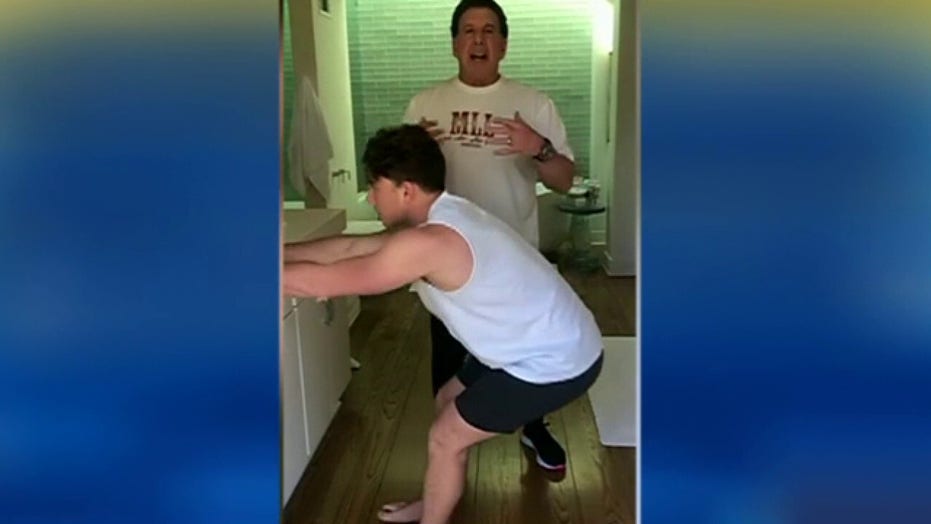 Fitness icon Jake Steinfeld demonstrates how you can stay fit without leaving your home.

Tennessee Titans coach Mike Vrabel tried to keep at least one fan’s spirits high while he remains quarantined as a precaution during the coronavirus pandemic.

Vrabel on Monday called an 87-year-old Ohio State alumnus Ron Kegarise, who is alone in quarantine. Kegarise’s wife died in September after 62 years of marriage, the Cleveland Plain-Dealer reported.

Vrabel, a former Ohio State star himself, spoke with Kegarise for about five minutes. They talked about the man’s hometown of Canton and how he used to play football on the site where the Pro Football Hall of Fame was built as well as who the team should take in the draft.

“You got any suggestions other than take a bunch of Ohio State players?”

Kegarise replied: “I suggested that the last time.”

He added that the Titans should look at taking J.K. Dobbins, who starred with the Buckeyes last season.

Tennessee finished 9-7 and had a successful run through the playoffs, knocking off the New England Patriots and Baltimore Ravens before losing to the Kansas City Chiefs in the AFC title game.