Tim Tebow takes aim at Jets during Easter Sunday sermon: ‘That didn’t work out for anybody’

Tim Tebow takes aim at Jets during Easter Sunday sermon: 'That didn’t work out for anybody'close 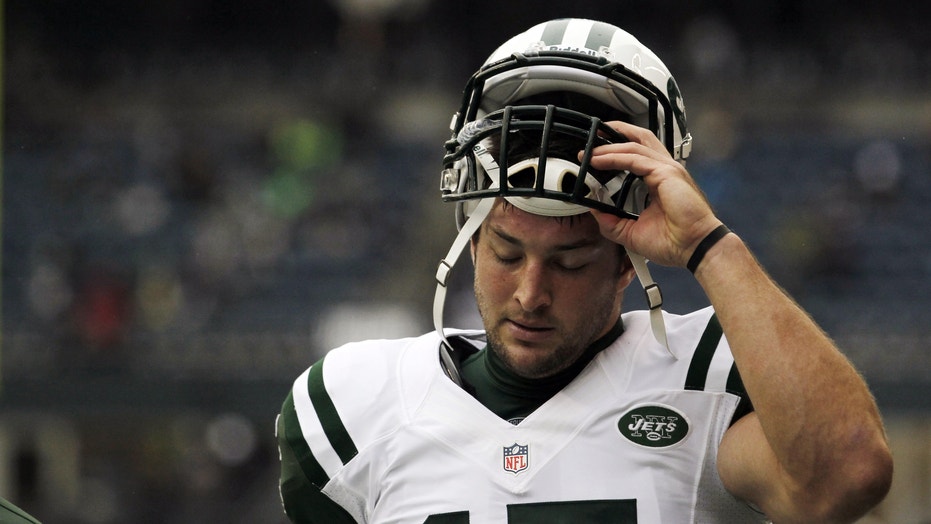 Tim Tebow is apparently still not over being traded to the New York Jets.

While delivering an Easter sermon on Sunday, the New York Mets minor league outfielder took aim at his former team while offering comparisons of trade deals that were less than ideal.

He continued: “I got traded to the Jets. How’s that for a trade? That didn’t work out for anybody. When’s the last time a Jets trade worked out? Anyway, that’s beside the point.”

The Heisman Trophy winner was drafted in 2010 by the Denver Broncos, where he was named starting quarterback halfway through the following season. He was traded to the Jets in the offseason and was eventually released. He then failed to latch onto the New England Patriots and Philadelphia Eagles. He would later get an ESPN gig and attempt to make the Mets' major league roster.

Tebow’s sermon, which was posted to his Instagram, received over 200,000 views.

“When we accept Jesus for what he did on the cross in rising from the dead, we go from sin to righteousness, dead to alive, darkness to light, bondage to freedom, separation to united in Christ, lost to found, baggage to purpose, slave to son and debt to paid for. That’s what the trade is. And you want to understand the best part of the trade is that it’s free, is that it’s gift."

Pope at Mass: To be faithful is to praise God’s fidelity