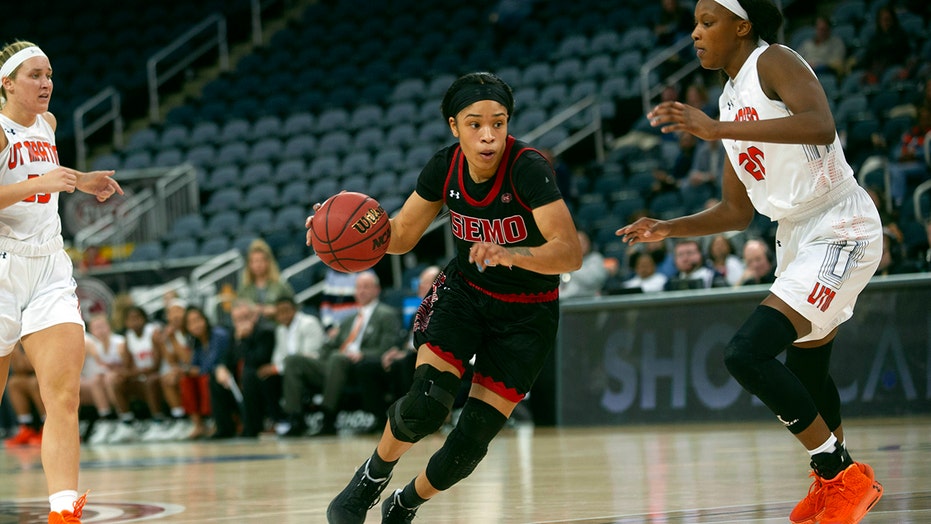 Tesia Thompson had 25 points and a season-high 14 rebounds to help Southeast Missouri beat top-seeded UT Martin 67-47 on Saturday in the championship game of the Ohio Valley Conference tournament.

Third-seeded Southeast Missouri (25-7) advances to the NCAA Tournament for the second time in program history and for the first time since 2007. UTM, the conference's regular-season champion, earned an automatic berth to the WNIT.

Taelour Pruitt made two free throws 66 seconds into the game to make it 2-1 and the Redhawks led the rest of the way. Thompson made a short jumper to close the first quarter and spark an 8-0 run that gave Southeast Missouri a 23-9 lead when she made a layup early in the second. UT Martin trailed by double figures thereon.

Chelsey Perry scored 15 points and Maddie Waldrop added 12 for the Skyhawks but the duo combined to make just 10 of 33 from the field.