‘The trading card market has been on fire,’ Panini America VP of Marketing says

'The trading card market has been on fire,' Panini America VP of Marketing sayscloseVideo

Back in the 1980s, Jason Howarth was collecting sports trading cards just like every other kid.

“I was hoping that my cards would someday pay for my house and buy me whatever I wanted,” Howarth, Panini America’s Vice President of Marketing, said.

However, there was an overproduction of cards, which devalued a product that was supposed to be built on scarcity. But when Panini America came into the U.S. market and bought Donruss Trading Cards in Texas, and won the exclusive license for the NBA back in 2009, the company started to build a product that was more rare, and it slowly, but surely, started to bring back the resurgence of trading cards.

“We’ve been fortunate,” Howarth told Fox News on Wednesday. “The trading card market has been on fire.” 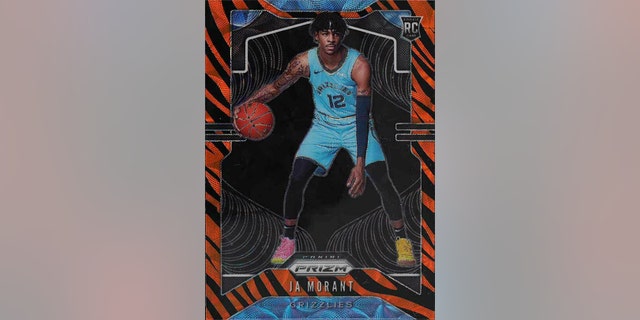 Howarth, who has been working with Panini America for 10 years, joined the company right when they entered the United States market. Panini was predominantly known around the world for their stickers, but once they obtained exclusive rights to create trading cards for the NBA, NFL, and NASCAR, among other sports as well, the market began to ascend.

“People can see what people are opening online, and they can see cards all over the world instead of just going down to their local hobby store,” Howarth said. “Now, it’s a global thing.”

“Over the last two years, you get this NBA rookie class with (Atlanta Hawks guard) Trae Young and (Dallas Mavericks guard) Luka Doncic, that kind of comes up and really gets everyone excited,” Howarth added. “And then you follow that up with this year’s NBA class, (Memphis Grizzlies guard) Ja Morant and (New Orleans Pelicans forward) Zion Williamson, and then other guys step in from the rookie class whether it’s (Miami Heat guard) Tyler Herro and (Chicago Bulls guard) Coby White, now (Denver Nuggets center) Bol Bol is playing well. All of those guys get people excited.” 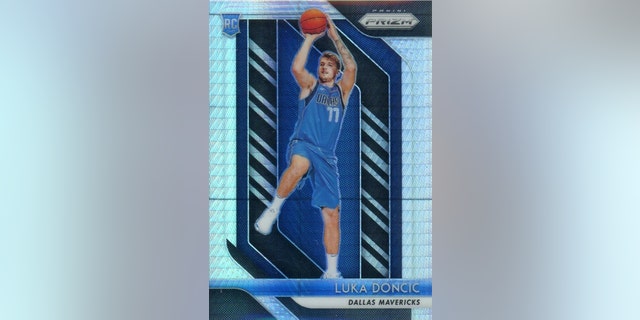 A huge reason for the rejuvenated interest in trading cards might actually stem from the effects of the coronavirus pandemic. Since there were no sports for nearly four months, Howarth believes there was a desire for people to connect with sports and athletes. Another reason for the industry’s growth started six years ago when “case breaking” was introduced. People would actually live stream opening up cases of product on the internet, and it immediately started to elevate trading card enthusiasts into a global community.

“The people from a hobby community were a little bit slower to adapt in the past, but when the coronavirus pandemic happened, they were able to turn on the dime because they were so familiar with the case breaking idea and concept,” Howarth said. “There was a road map outlined in front of them, and they were able to just get everything to go online and go virtual. They were able to promote retail opportunities while there were shutdowns. They were performing great online, and Walmart and Target have seen phenomenal growth as well.”

Panini America has seen a huge increase in usage for its NFL Blitz and NBA Dunk apps for collecting cards digitally. The company gave away cards to encourage people to stay home during the coronavirus pandemic and it kept them engaged as well. According to Howarth, between both apps, they gave away over 600,000 packs of cards since March. Collecting cards digitally established a connection with a younger generation that is accustomed to being on their phones. Panini America also created a tool in the app called “Card Hunter,” which allows you to go around and search for cards to collect. 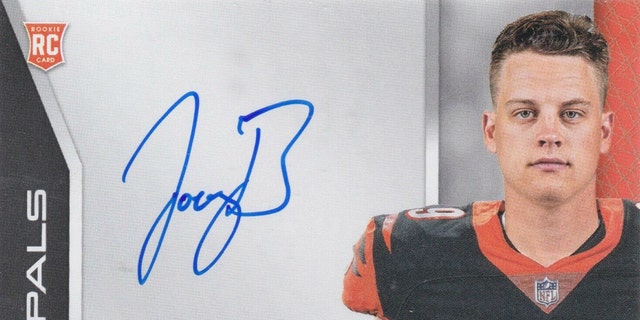 “That’s when we started to see people really engaging in the app,” Howarth said. “People were spending a lot of time in those apps, collecting the cards and connecting with the community.”

Now, Panini is gearing up for the NFL season, and Howarth says that they are excited to see the 2020 NFL draft class, which features Cincinnati Bengals quarterback Joe Burrow, Washington’s Chase Young, and a host of young talented running backs and wide receivers. Panini is focused on how it’s going to continue to engage and interact with collectors during the coronavirus pandemic.

“We’re certainly digging in on how we can continue to get collectors excited about trading cards, and doing some unique experiences, all socially distanced, all digital and virtual,” Howarth said. “The goal is to continue that connection with our players, the collector, and our products. Hopefully, we’re back to some level of normalcy over the next several months, but we have to operate on what we’re going off of in the next three weeks and keep pushing in that way.

Howarth continued: “The thing that has been unique during this pandemic, we all started to think about how we can do things differently in terms of how we engage and get our products in the hands of fans. Last week would have been the National Sports Collectors Convention in Atlantic City (NJ), and they have over 40,000 people go through there in four days. We don’t have it this year because we can’t get that many people together, but it will be interesting to see how we can connect with consumers even if we can’t stand in front of them with packs of cards. We’ll continue to do that with our physical trading card products, and our digital trading apps as well as some digital content.”