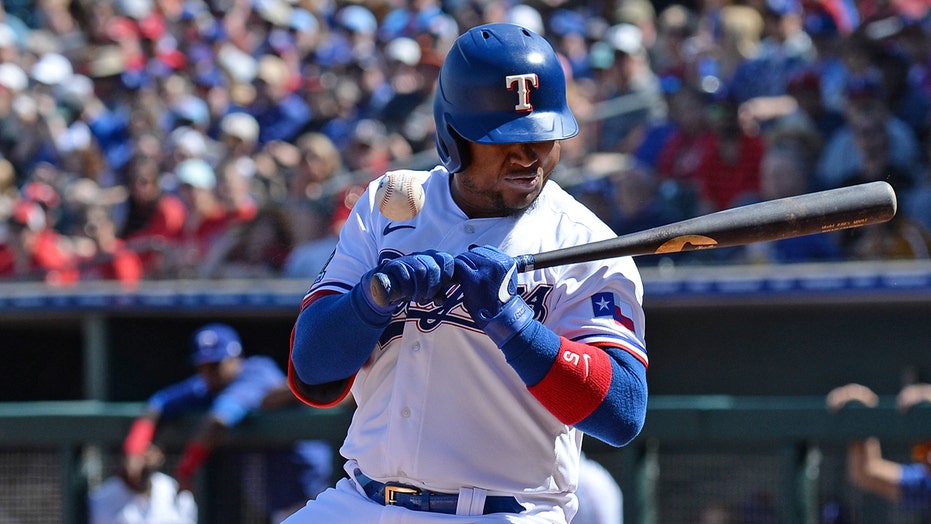 Texas Ranger Willie Calhoun was scheduled to undergo further tests Monday after being hit by a pitch that broke his jaw.

The scary incident happened Sunday as the Rangers were batting in the first inning of a spring training game in Arizona against the Los Angeles Dodgers.

The pitch that struck Calhoun was a 95 mph fastball from Dodger left-hander Julio Urias. Replays showed the ball striking Calhoun near the right side of his mouth, the Fort Worth Star-Telegram reported.

“A CT scan and examination revealed he has a fracture of his jaw. He is expected to undergo further evaluation on Monday,” team spokesman John Blake said on Twitter.

Teammate Joey Gallo saw Calhoun crumble to the ground as he was waiting to hit in the on-deck circle. 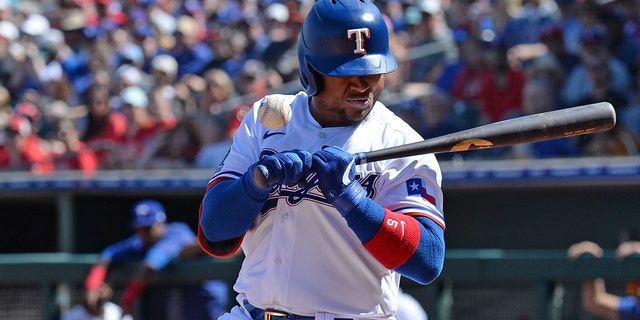 Texas Rangers outfielder Willie Calhoun reacts as he is hit in the face with a pitch during a spring training game in Surprise, Ariz., against the Los Angeles Dodgers. (Joe Camporeale-USA TODAY Sports)

“It’s tough because I’m really, really close with Willie,” Gallo said, according to Star-Telegram. “He’s one of my best friends, so to see that happen and him go down like that — it was really, really tough to see that. I just tried to be there for him and make sure he knew we were all around him and trying to help him and just praying that he’s OK.”

SEATTLE MARINERS' DEE GORDON EXPRESSES FRUSTRATION OVER GETTING HIT BY PITCH: 'I'VE GOT A FAMILY'

Calhoun was admitted to St. Joseph’s Hospital in Phoenix.

President Trump on Vaccines: From Skeptic to Cheerleader