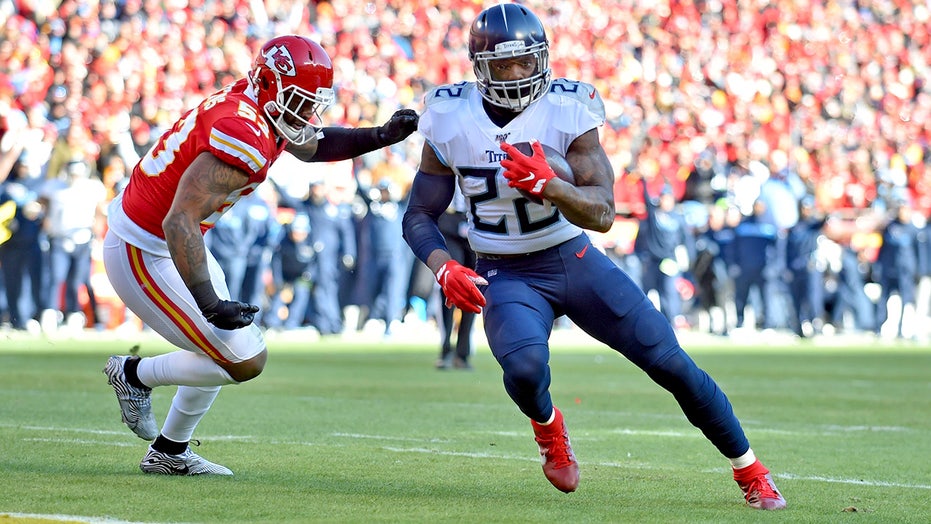 The Tennessee Titans were very close to winning the AFC Championship Game last season against the Kansas City Chiefs but narrowly lost thanks to some Patrick Mahomes magic.

The Titans brought back quarterback Ryan Tannehill to anchor the position for the foreseeable future and they are likely going to rely on running back Derrick Henry to carry the load for Tennessee’s offense. Wideout A.J. Brown will be instrumental down the field as a weapon after a 1,000-yard season during his rookie campaign.

The Titans might be the favorites to win the AFC South after the Houston Texans traded away All-Pro wide receiver DeAndre Hopkins, and due to the inability of some of their key players to stay healthy.

The Titans are facing opponents from the AFC East, AFC North, AFC West and NFC North during the 2020 regular season.

Tennessee’s season will start Sept. 14 against the Denver Broncos.

Here are three intriguing matchups on the Titans’ 2020 schedule.

The Titans will kick off their season against the Denver Broncos on Monday Night Football.

The Broncos will be an interesting team heading into the season simply because of quarterback Drew Lock, who is entering his second season after taking over under center last year, and his host of weapons featuring wide receivers Courtland Sutton and rookies Jerry Jeudy and K.J. Hamler. Tight end Noah Fant will be instrumental in the passing game, as well as running backs Phillip Lindsay and newly acquired Melvin Gordon.

This will be a fantastic Monday night matchup in Denver. And we’ll immediately see if Tannehill and the Titans are contenders in the AFC for the 2020 season.

In a Week 10 matchup, the Titans will host the Indianapolis Colts on Thursday Night Football.

There is no doubt about it that the Titans and the Colts will be contenders to take home the AFC South crown. This will be the first matchup between the division foes in the 2020 NFL season, and you can expect a tough game between two teams that will try to effectively run the football, and play solid defense.

The Titans will visit Lambeau Field to face the Green Bay Packers in Week 16 on Sunday Night Football. This will be an intriguing game between two teams that reached their respective conference championship games a year ago.

In their NFC Championship game against the San Francisco 49ers, running back Raheem Mostert gashed the Packers defense for over 200 yards and four touchdowns, and in this game, the Packers will attempt to try and slow last season’s rushing champion, Derrick Henry.