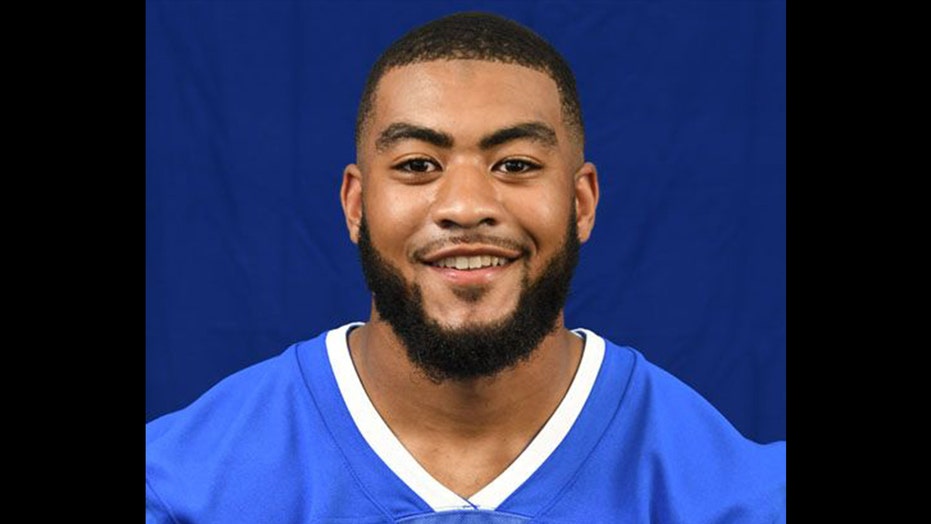 Tennessee State running back Jordan Bell is staying positive after losing a portion of his left leg in a serious motorcycle accident last month.

Bell spoke to the Tennessean this week about his career-ending accident, which nearly cost him his life, and how his mindset has evolved since.

Bell was involved in a serious accident on April 4 after he hit a pothole while riding a motorcycle on Interstate 24 near Nashville. The 20-year-old running back said he could have avoided the pothole but it would mean crashing into one of his friends who was riding alongside him.

"I had to make a decision," he recalled. "I can crash into my friend and it not be as bad of a crash, or I can prevent that and just clamp on my brakes, where I can help myself, and him. So, that's what I did."

Bell’s injuries were so severe that doctors were forced to amputate his leg below the knee after a second surgery.

"I just feel like God had a hand on me," Bell said, optimistically. "I could've gotten ran over."

Bell was a redshirt junior at TSU and appeared in all 12 games last season, mostly as a special teams player, Yahoo Sports reported.