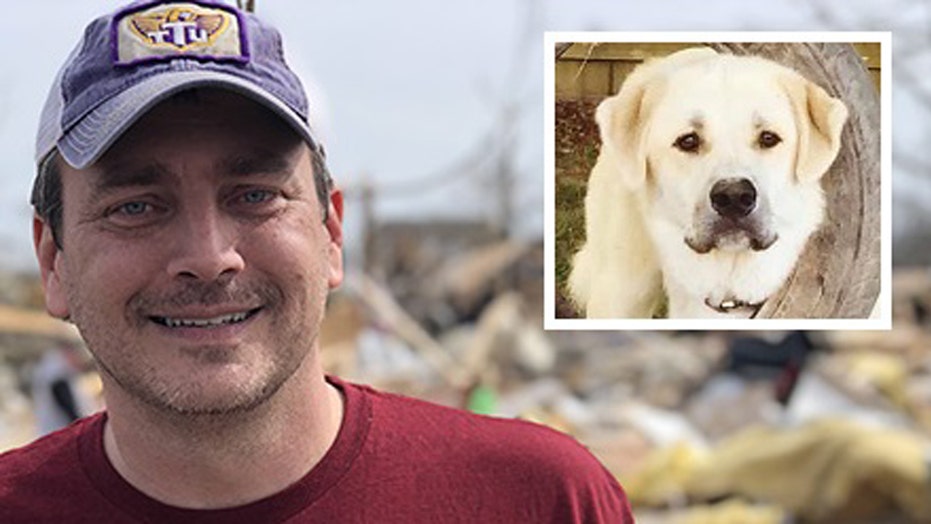 The Southern Baptist pastor recalls praying to God that the family's dog, Doc, would stop barking — but he now says he's glad his prayer was not answered. 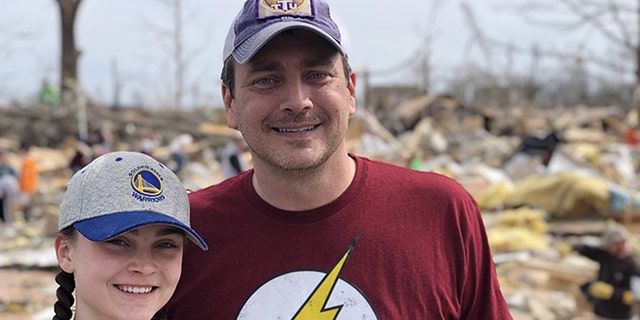 Darrin Crockett and his daughter Carly sift through what's left of their house, looking for any items that can be recovered. (Lonnie Wilkey, Baptist & Reflector)

Because he was awake, Crockett noticed his phone buzzing and saw the storm alert warning. He ushered his wife and three daughters into the laundry room downstairs for refuge in the terrible storm.

“We heard it coming and suddenly the house began to shake,” he told the Baptist and Reflector. “Next thing I remember is I felt grass underneath me. The tornado must have picked up the entire house dropped it in the yard with us buried underneath it.”

He said the only thing that saved the family from being crushed was a two-by-four that fell across the washer and dryer.

The Crockett family survived with a few scrapes and bruises but their beloved Doc didn't make it. "Missing this guy…" the pastor wrote on Facebook Friday morning.

“He will go down as a hero,” the pastor told the newspaper. “We will celebrate him and talk about him for a long time.”