Swath of snow to bring wintry blast from Rockies to Northeast

Swath of snow to bring wintry blast from Rockies to Northeastclose 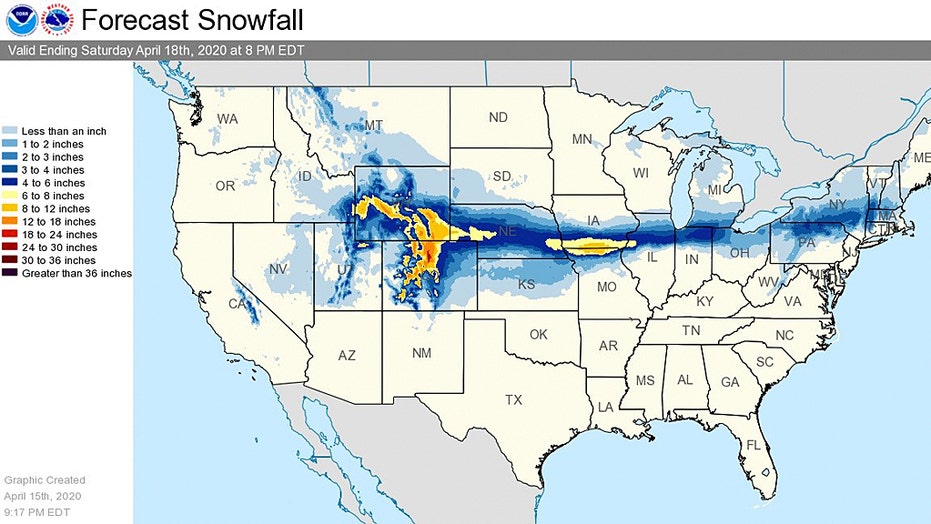 What is a snow squall?

Are there snow squall warnings in your area? Here's what it means.

It may be spring, but a blast of winter weather is on a cross-country trip this week.

The National Weather Service's (NWS) Weather Prediction Center said a swath of snow will impact regions from the Rockies to the Northeast from Thursday into Friday.

"A narrow streak of heavy accumulating snow is possible from the Central Plains into the Lower Great Lakes and Interior Northeast, after leaving the Central Rockies and Denver metro area," forecasters said.

According to the WPC, heavy snow is in the forecast for the central Rockies, where between 8 and 18 inches of fresh snow may fall across northern Colorado.

As the system moves east over the Central Plains, a band of "light to moderate wet snow" is in the forecast from Nebraska to the Northeast by Friday night, and into New England in the overnight hours. 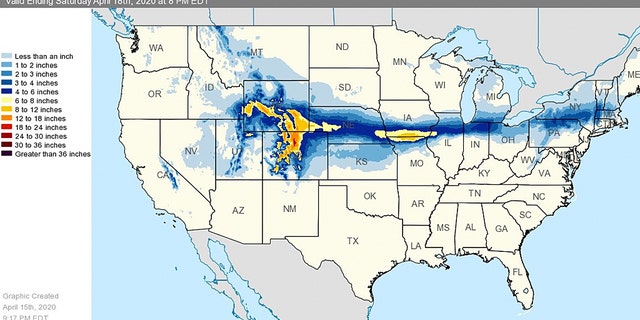 A narrow swatch of snow is forecast to bring impacts from the Rockies through the Northeast by Friday. (National Weather Service)

"The highest snow amounts east of the Rockies are currently expected to be across Southern Iowa, where over 8 to 12 inches of snow could fall," forecasters said. "By Friday night a mix of rain and snow is forecast to enter the Mid-Atlantic and Northeast."

Cities such as Chicago, Cleveland and Detroit may be impacted by the system.

Forecasters have issued winter storm warnings in parts of Wyoming and western Nebraska, in addition to southern Iowa, northern Missouri and into western Illinois. Winter weather advisories stretch from Wyoming all the way through the Chicago area into northwest Ohio. 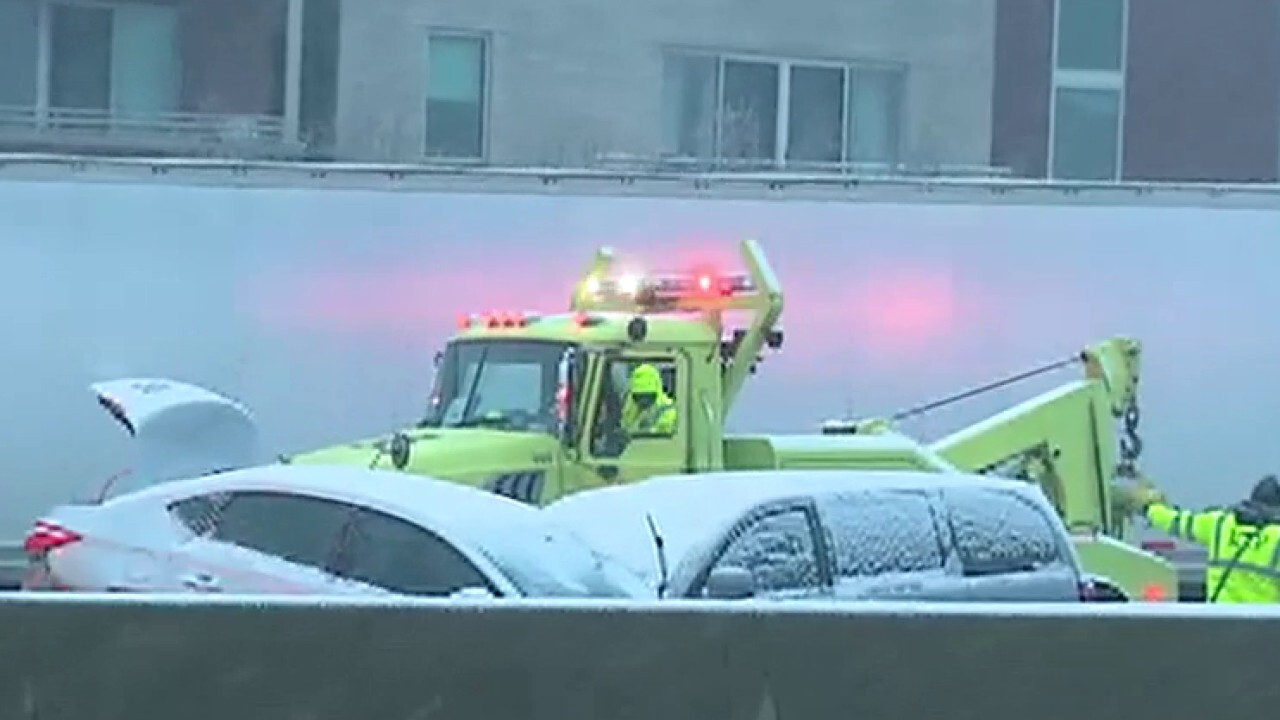 The Chicago area saw a burst of frozen precipitation on Wednesday morning that was blamed for causing treacherous travel conditions, including a major pileup on the Kennedy Expressway.

As the system moves through, temperatures are also expected to fall to 10 t0 30 degrees below average.

Widespread freeze warnings and frost advisories have been posted through the Ohio Valley and into the Mid-Atlantic as a result.