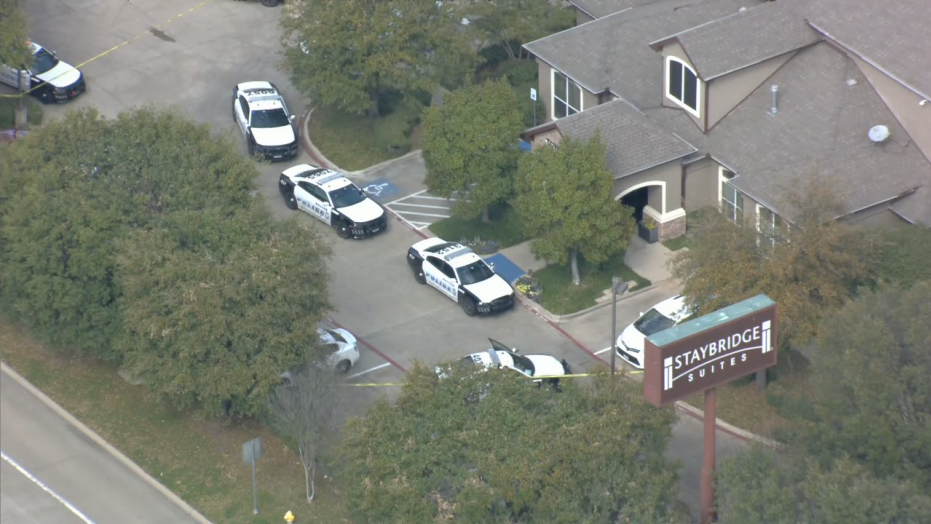 Two children were among the four bodies found shot dead in a Texas hotel room on Tuesday in what investigators suspect was a murder-suicide.

Officers responded to the Staybridge Suites in Dallas and found a 41-year-old man, a 31-year-old woman, and two boys, ages 9 and 12, all dead from “obvious gunshot wounds,” Dallas Police Chief Renee Hall said.

Their room reservation had expired on Tuesday, and when hotel management tried to enter in the afternoon, they heard a single gunshot from behind the door and called police, Hall said. 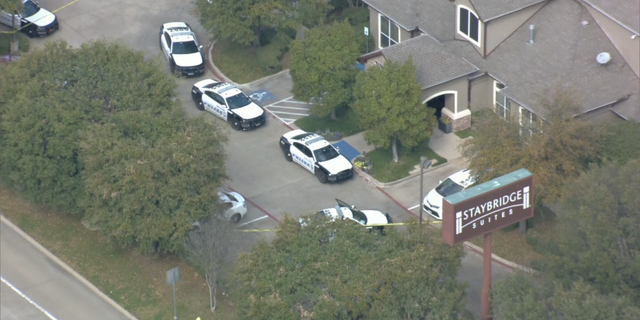 Police responded to the Staybridge Suites Dallas-Addison hotel Tuesday afternoon after staff heard a single gunshot from inside a room. (KDFW / FOX 4 Dallas-Fort Worth)

Witnesses told police they heard sounds that could have been gunshots earlier in the day, but thought it was "backfire from traffic" on the nearby highway, FOX4 Dallas-Fort Worth reported.

A weapon was recovered from the room, but it was unclear who fired the shot, police said.

Police later identified the two adults as Charles Schoenfeld and Brittany Howard, the Dallas Morning News reported. The names of the children and the deceased adults’ relationship to each other were not released.

Investigators have yet to determine the circumstances surrounding the shooting, but believe it may have been a murder-suicide, Hall said.

“This is the hardest part of the job, to see lives lost, and especially children,” Hall told reporters at the scene. “So it’s a tough day. It’s a tough day whenever we lose a life, and today is no different. The sadness continues.”

Coronavirus-themed conference in NYC canceled because of coronavirus