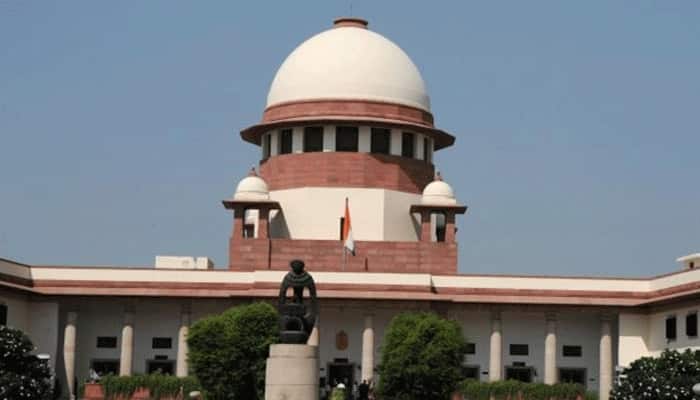 New Delhi: The Supreme Court on Tuesday (September 15) restrained a private news channel from telecasting its programme, 'UPSC Jihad', on alleged infiltration of Muslims in civil services, observing that prima facie it appears to 'vilify' a community.

Earlier on August 28, the top court had desisted from imposing a pre-broadcast interim stay on the airing of episodes. It, however, asked the channel not to show on Tuesday night and on Wednesday saying "there has been a change of circumstances, at least, prima facie, on the basis of the record" with regard to the content, intent of the programmes.

The SC bench headed by Justice D Y Chandrachud ordered, "….prima facie, it does appear to the court that the intent, object and purpose of the episodes which have been telecast is to vilify the Muslim community. An insidious attempt has been made to insinuate that the community is involved in a conspiracy to infiltrate the civil services," during the hearing conducted through video conferencing.

The bench, also comprising Justices Indu Malhotra and K M Joseph, did not agree to the contention of senior advocate Shyam Divan, appearing for the channel, that the telecast should not be banned keeping in mind the aspect of freedom of the press and moreover, there was no change in circumstances from the day it had refused to impose a pre-telecast ban.

The bench suggested that a committee of apolitical experts of distinguished citizens or former judges may be appointed to help in self-regulating the electronic media especially, adding "We are of the opinion that we may appoint a committee of five distinguished citizens who can come up with certain standards for the electronic media. We don't want any politically divisive nature and we need members who are of commendable stature."

Referring to rules of the Cable and Television Networks (Regulation), it said that the court was duty-bound to ensure compliance with "the salutary principles of the Programme Code" which provided that no programme should be carried containing "attack on religions or communities or visuals or words contemptuous of religious groups or which promote communal attitudes".

"Under Rule 6(1)(d), the programme Code should not, inter alia, contain anything which is defamatory, false or reflective of half-truths and suggestive innuendos," it said, adding that there should be some kind of self-regulation in the media while raising questions over the programme.

It noted, "Several statements in the episodes, which have been drawn to the attention of the Court are not just palpably erroneous but have been made in wanton disregard of the truth. There is no relaxation either in the age limit or in the number of attempts available to the Muslim community in the civil services. The drift, tenor and content of the episodes is to bring the community into public hatred and disrepute."