Steve Kerr was nervous about game-winning shot in 1997 NBA Finals: ‘I s–t my pants’

Steve Kerr was nervous about game-winning shot in 1997 NBA Finals: 'I s–t my pants'close 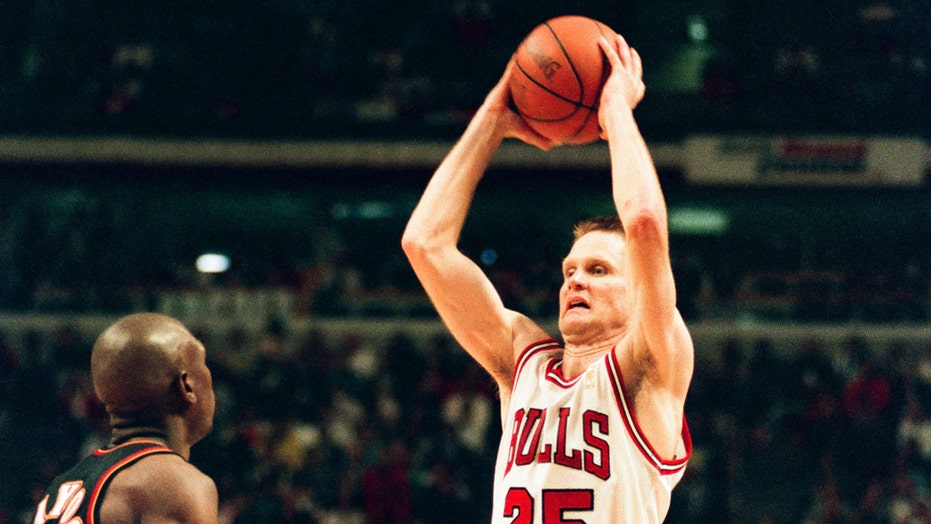 Steve Kerr did his best John Paxson impression during the 1997 NBA Finals as he played an integral role with the Chicago Bulls when they defeated the Utah Jazz for their fifth championship.

Kerr recalled hitting the game-sealing shot in Game 6 during an episode of the “Runnin’ Plays” podcast. He described the moment Michael Jordan told him he may be getting the ball.

MICHAEL JORDAN ADMITS 'REPUBLICANS BUY SNEAKERS TOO' COMMENT WAS MADE IN JEST, DIDN'T SEE HIMSELF AS POLITICAL ACTIVIST

The play happened almost as Jordan had planned it out. Jordan drew the double team and passed out to Kerr, who hit the shot to put Chicago up by two points with four seconds left.

MICHAEL JORDAN COULD 'AVERAGE BETWEEN 50 AND 60 A GAME' IN TODAY'S NBA, AGENT SAYS

Kerr said the play was similar to one that was run earlier in the series.

“I want to say it was Game 3 or Game 4 in Utah. And the exact same situation,” Kerr said. “John Stockton had come over to double-team him and stole the ball and made a great pass to Karl Malone that basically sealed the game. So Michael, he was a savant. He remembered everything.”

Kerr said it was an “amazing moment” and just what you “dream of as a kid.”

Steve Kerr: 5 things to know about the NBA champion player and coach