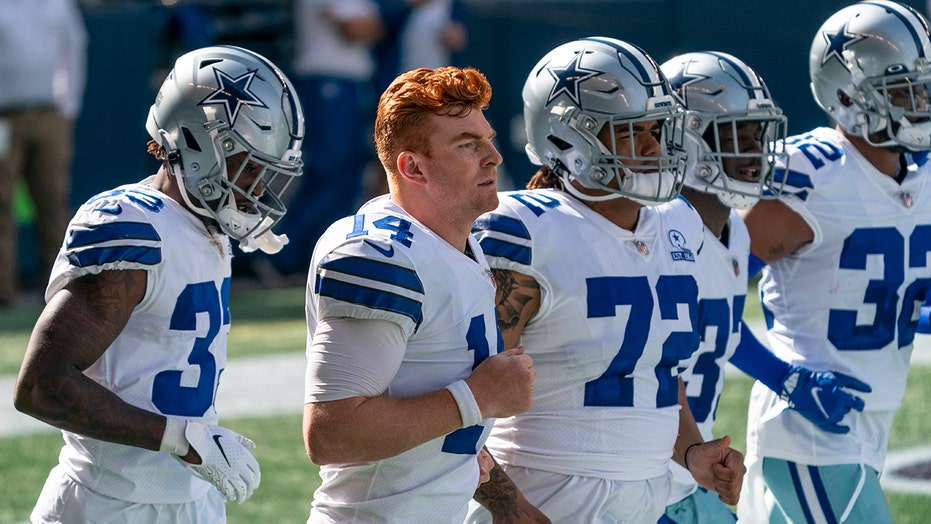 Dallas Cowboys COO Stephen Jones says that he understands the fans’ frustrations after the team fell 25-3 to the Washington Football Team on Sunday afternoon, dropping their record to 2-5 on the year.

On Monday, during an appearance on 105.3 The Fan, Jones talked about the frustrations he and his father, Jerry Jones, are feeling about their team so far during the 2020 NFL season.

"I think anybody that's a competitor when you're not winning wants to figure out what the answer is. And when it's not right there at your fingertips, you don't have that silver bullet, you can't just fix it," Jones said on the show. "You want to be able to get your hands around it and go to work and get back on track.

“That's exactly where I am. I know that's where Jerry is,” Stephen Jones added. “I know that's where our staff and players are. We've got good players on this football team that want to get it right. I feel good that ultimately, with this staff, we're going to continue to improve and get better. It's the first year with this group. You know Jerry and I are big believers in sticking with a staff. We just got to give them their opportunity to work with these guys and continue to implement what they are trying to get accomplished, and ultimately we're going to have a good football team.”

Jones believes that fans will be watching a team that is going to “evolve over time.”

“Coach McCarthy is certainly a coach that has proven he can do it year-in and year-out. I think this is a team that is going through a transition, certainly has some injury issues,” Jones said. “But at the same time, we're going to watch some young guys step up and you're going to get to see this team evolve and make plays. Whether it's our receiving core. Whether it's getting Zack Martin back, and seeing how we evolve on the offensive side of the ball. At the same time, seeing some of these defensive guys as they get their hands around our scheme, and what we're doing on defense that we're going to play good football.

Jones continued: “I do think it's going to be a real interesting team to watch. At the same time, I’m not sticking my head in the sand. I understand there’s gonna be frustration with how we're playing right now, what our record is. Those are all things that certainly deserve to be looked at hard. Certainly, we deserve and understand why there's criticism, and why some people are going to have question marks. But I do think this will evolve.”

A Malaria Mystery, Partly Solved: What Happens When the Rains End?

A Malaria Mystery, Partly Solved: What Happens When the Rains End?