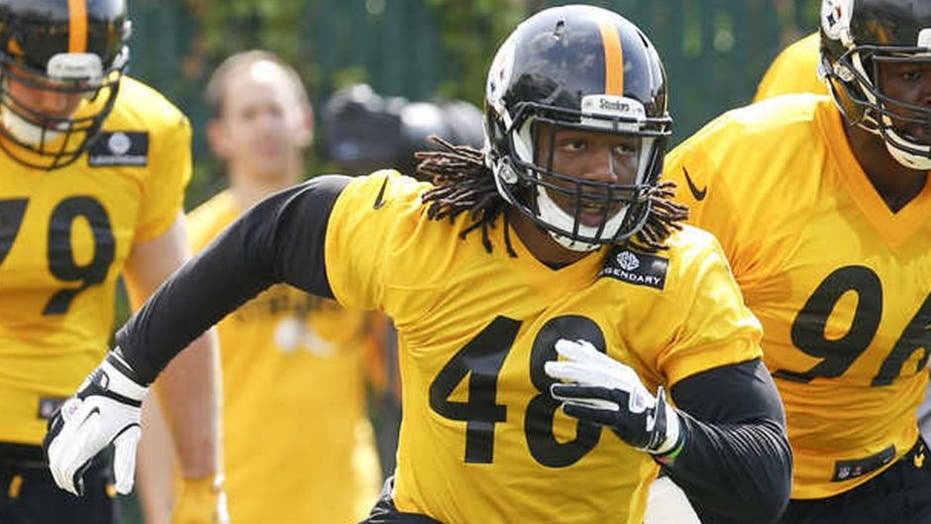 The Pittsburgh Steelers are holding onto outside linebacker Bud Dupree. The team placed the franchise tag on Dupree on Monday, just hours before the NFL-mandated deadline for teams to use the designation.

The move means Dupree, who collected a career-high 11 1/2 sacks in 2019, could make around $16 million in 2020 if he signs the tag, though that number would likely change if Dupree reaches an agreement with the Steelers on a long-term deal by July 15.

Coach Mike Tomlin called retaining Dupree “a priority” heading into the offseason after the 2015 first-round pick flourished while playing across from All-Pro T.J. Watt. Dupree recorded 16 tackles for a loss in 2019, fourth-most in the NFL last season. He also added four forced fumbles and two fumble recoveries.

Dupree played so well he forced the Steelers' hand. The club opted not to approach him on a contract extension last summer, turning 2019 into basically a “prove it” season. Dupree said he understood the team's decision and stressed he didn't take it personally, adding in the end he was fine betting on himself.

The bet paid off big time, though it leaves the Steelers with some work to do if they want to get under the salary cap. Pittsburgh was already over the $198.2 salary cap for 2020 before tagging Dupree. The Steelers could trim salary by cutting veterans like offensive lineman Ramon Foster and linebacker Mark Barron and restructuring some contracts of high-profile players like quarterback Ben Roethlisberger and defensive end Stephon Tuitt.

General manager Kevin Colbert said he doesn't anticipate the Steelers running into contract concerns with Dupree the way they did with the last player they used the franchise tag on, running back Le'Veon Bell. Bell played under the tag in 2017. When the Steelers used it on him again in 2018, he opted not to sign it and sat out the entire season instead.

That doesn't figure to happen with the durable and popular Dupree, who has missed just one game over the last three seasons.

How The Seattle Times Has Dealt With the Coronavirus Pandemic

How The Seattle Times Has Dealt With the Coronavirus Pandemic