New Trump administration rules taking effect April 1 are putting hundreds of thousands of people at risk of losing their benefits.

From Hawaii to Pennsylvania, states are scrambling to blunt the impact of the new rules, with roughly 700,000 people at risk of losing benefits unless they meet certain work, training or school requirements. They’ve filed a multi-state lawsuit, expanded publicly funded job training, developed pilot programs and doubled down efforts to reach vulnerable communities, including the homeless, rural residents and people of color.

“This is a cascading effect,” said Robert Campbell, managing director at Feeding America, a network of hundreds of food banks nationwide. “It will increase demands on the emergency food system, food banks and pantries.” 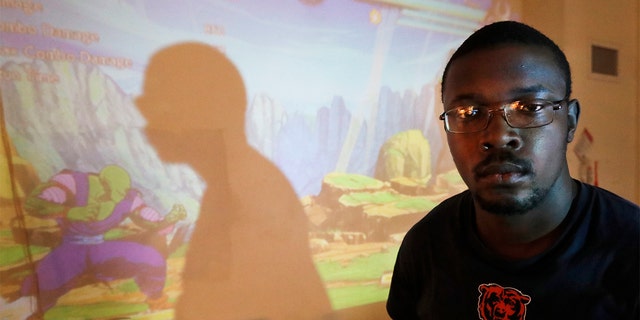 In this Thursday, Feb. 27, 2020, photo, Richard Butler poses for a portrait during a break playing a video game in an apartment that a friend is letting him and his fiance live in on Chicago's Southside. Having food stamps offers Butler a stability he's rarely known in his 25 years. (AP Photo/Charles Rex Arbogast)

Currently, work-eligible, able-bodied adults without dependents under 50 can receive monthly benefits if they meet a 20-hour weekly work, job training or school requirement. Those who don’t are limited to three months of food stamps over three years.

However, states with high unemployment or few jobs have been able to waive time limits. Every state except Delaware has sought a waiver at some point, according to the National Conference of State Legislatures.

The new rules make it harder to get waivers. They’re the first of three changes to the Supplemental Nutrition Assistance Program, or SNAP, which feeds 36 million people nationwide.

The Trump administration has touted the change as a way to get people working and save $5.5 billion over five years. Able-bodied adults without dependents are 7 percent of SNAP recipients.

But states fighting the change say that argument is misguided.

“Not everyone is in a position to get a job tomorrow, and taking away access to food is only going to make that more difficult,” said Pennsylvania Department of Human Services Secretary Teresa Miller. “We’re going to have more hungry people in the state.”

Pennsylvania — where as many as 100,000 people could be affected — is working with social services groups to create 30 job training programs for SNAP recipients.

More than half of SNAP recipients have a high school diploma, but about one-quarter have less, according to the Center on Budget and Policy Priorities. Available jobs are more likely to have low pay, shifting schedules that might not offer enough qualifying hours and few benefits like paid sick leave.

“Work requirements really don’t do much to affect the rate at which people are working,” said Elaine Waxman at the Urban Institute, a nonprofit research organization. “If people can work and consistently, they pretty much are.”

Some states are focusing on rural areas, which have less access to transportation and services. 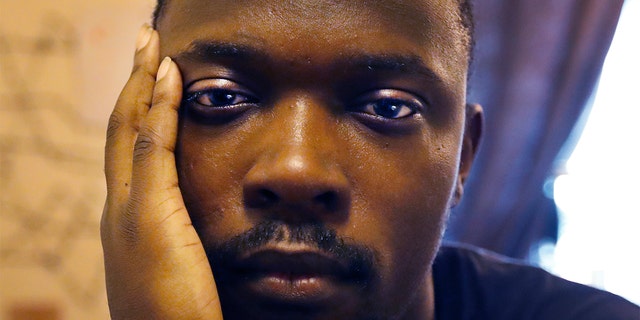 In this Thursday, Feb. 27, 2020, photo, Richard Butler poses for a portrait in an apartment that a friend is letting him and his fiance live in on Chicago's Southside. (AP Photo/Charles Rex Arbogast)

Hawaii, for instance, wants to develop a pilot program to help 400 Molokai residents keep benefits. The rural island once had a waiver because of high unemployment, but the new rules assign Molokai to the same job market as nearby, more prosperous Maui, even though a 30-minute plane ride is the only way to travel between the islands.

The program would use education, training and volunteering to fulfill the work requirement. It’s modeled after similar programs used in remote Alaska, which is seeking waivers for less-populated areas. Roughly 5,000 in Alaska could lose benefits.

Attorneys general in nearly 20 states and Washington, D.C., have sued to block the rules. They argue the changes will force people to divert their limited funds, leading to homelessness and health problems.

People with food insecurity spend 45 percent more on medical care annually than those who are food secure, according to a 2018 report by the nonprofit Center on Budget and Policy Priorities.

Experts say critics’ worries are founded and point to Kentucky as a case study.

Like a handful of states, Kentucky has voluntarily instituted time limits for SNAP benefits since 2017. More than 13,000 people in Kentucky lost benefits because they reached the three-month limit, according to a 2019 Urban Institute report.

Anecdotally, there’s been an increase in food pantry visits.

In Fayette County, which lost its waiver in 2018, the average number of monthly household visits to food pantries jumped from 1,800 to 2,000, according to Michael Halligan, CEO of God’s Pantry Food Bank in Lexington.

“Starving people does not help them get employment,” said Mary Frances Charlton, a Chicago Coalition for the Homeless attorney. 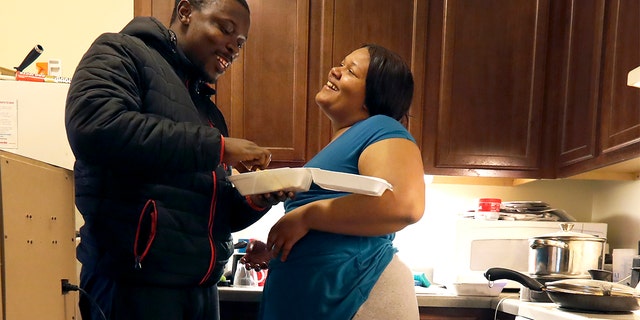 In this Thursday, Feb. 27, 2020, photo, Richard Butler and his fiance Amber laugh while they have breakfast in an apartment a friend is letting them live in on Chicago's Southside. (AP Photo/Charles Rex Arbogast)

It’s a double whammy for Illinois as Cook County lost its waiver this year because of low unemployment, something that has happened in other states as economic conditions improve. Roughly 90,000 statewide will be affected by the Trump rule change at the same time another approximately 58,000 will risk losing benefits in the Chicago area.

For Charlton, it’s been worrisome as many of her clients lack access to mail and Internet, and they might not find out until they go grocery shopping and discover a zero balance on their Illinois Link cards. She’s working to get exemptions for as many as possible.