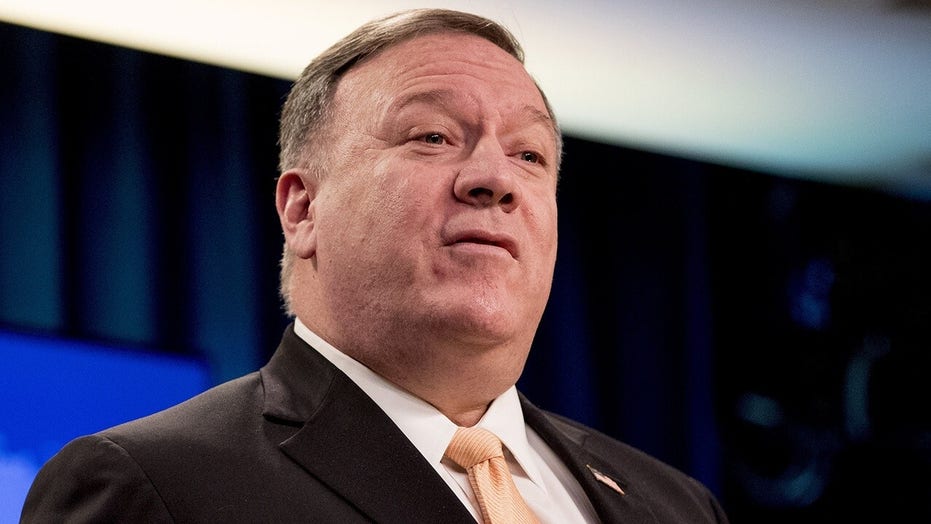 The State Department is ramping up efforts this week to repatriate thousands of Americans stranded abroad, contracting private aircraft and sending military planes to retrieve those unable to return home amid the global coronavirus pandemic.

“Our repatriation flights continued through the weekend, and I am pleased to report that we have thus far brought home over 25,000 Americans from over 50 countries,” a State Department official told Fox News on Monday. “We are tracking over 100 additional flights over the next week, and we have identified an additional 9,000 U.S. citizens who have indicated interest in those flights. There is still space for more on those flights, though.”

The Defense Department is chartering a flight to Nigeria this coming Thursday to fly 150 passengers into Dulles International Airport in Virginia, outside of Washington, D.C., Gen. Stephen R. Lyons, of the U.S. Transportation Command, said in a press conference.

“Never in the department’s 230-year history have we led a worldwide evacuation of such enormous geographic complexity and such geographic scale,” Secretary of State Mike Pompeo said in a press conference Tuesday. “We have no higher duty to the American people than to pull this off.”

He urged Americans abroad to register with their local embassy or online via STEP, the State Department's Smart Traveler Enrollment Program, to “work your way back here.” He warned the department couldn’t “guarantee the U.S. government's ability to arrange charter flights indefinitely where commercial options no longer exist.”

On March 18, the State Department issued an advisory urging all Americans to return stateside as soon as possible or shelter in place abroad indefinitely. It continues to mount an unprecedented effort to repatriate citizens within a short window of time after countries closed their borders and grounded international flights.

“This is fairly complex contractual work,” Ian Brownlee, who runs the State Department's repatriation task force, told NPR on Sunday. “The State Department's capacity to do this is being strained. We're talking with the Department of Defense as to whether they can essentially help us out in lining up aircraft.”

The U.S. is contracting companies, like private security service Global Guardian, to aid with the transport of Americans. CEO Dale Buckner told NPR on Sunday his firm is in the process of organizing flights from Morocco, Spain, Mexico, UAE, New Zealand, Kenya, and Israel to repatriate citizens.

Some stranded Americans have blamed the State Department for issuing the travel advisory too late and have lamented about a lack of information from U.S. embassies.

“I don’t know how the State Department screws up that bad, but it was comical at first, I was laughing,” Ronald Coleman, an American stranded in Peru, told Foreign Policy on March 26. “And then I think about it and immediately my confidence dropped in how they’re handling it and how organized they are in handling this effort.”

ICE repatriated 209 U.S. citizens on the return leg of two deportation flights to El Salvador and Honduras, the agency said in a statement. Those flights took place on March 22 and 24, respectively.

A U.S. women’s tackle football team was airlifted out of Honduras on March 20 after being stranded there for about a week. The U.S. Air Force, U.S. Transportation Command and SOUTHCOM, which oversees military activities in Latin America, had airlifted the 55-member team to Charleston, S.C., according to Jonathan Rath Hoffman, assistant to the Secretary of Defense for Public Affairs.

ICE said in a statement that it will continue to use flights from Honduras, El Salvador, and Guatemala to return U.S. citizens. The agency said that such operations could also be expanded to countries outside the Northern Triangle.

The Trump administration last year made a number of Asylum Cooperative Agreements with Honduras, El Salvador and Guatemala, which includes greater cooperation for returning migrants to their countries.

The U.S. has placed a number of restrictions on non-essential incoming travel at the northern and southern border, as well as from Europe, China, and Iran, but those restrictions do not apply to U.S. citizens or legal permanent residents.

Simone Biles on 2021 Olympics: ‘Nothing is set in stone’

America Together: Send us your photos and we’ll tell your story as the nation battles coronavirus

America Together: Send us your photos and we'll tell your story as the nation battles coronavirus